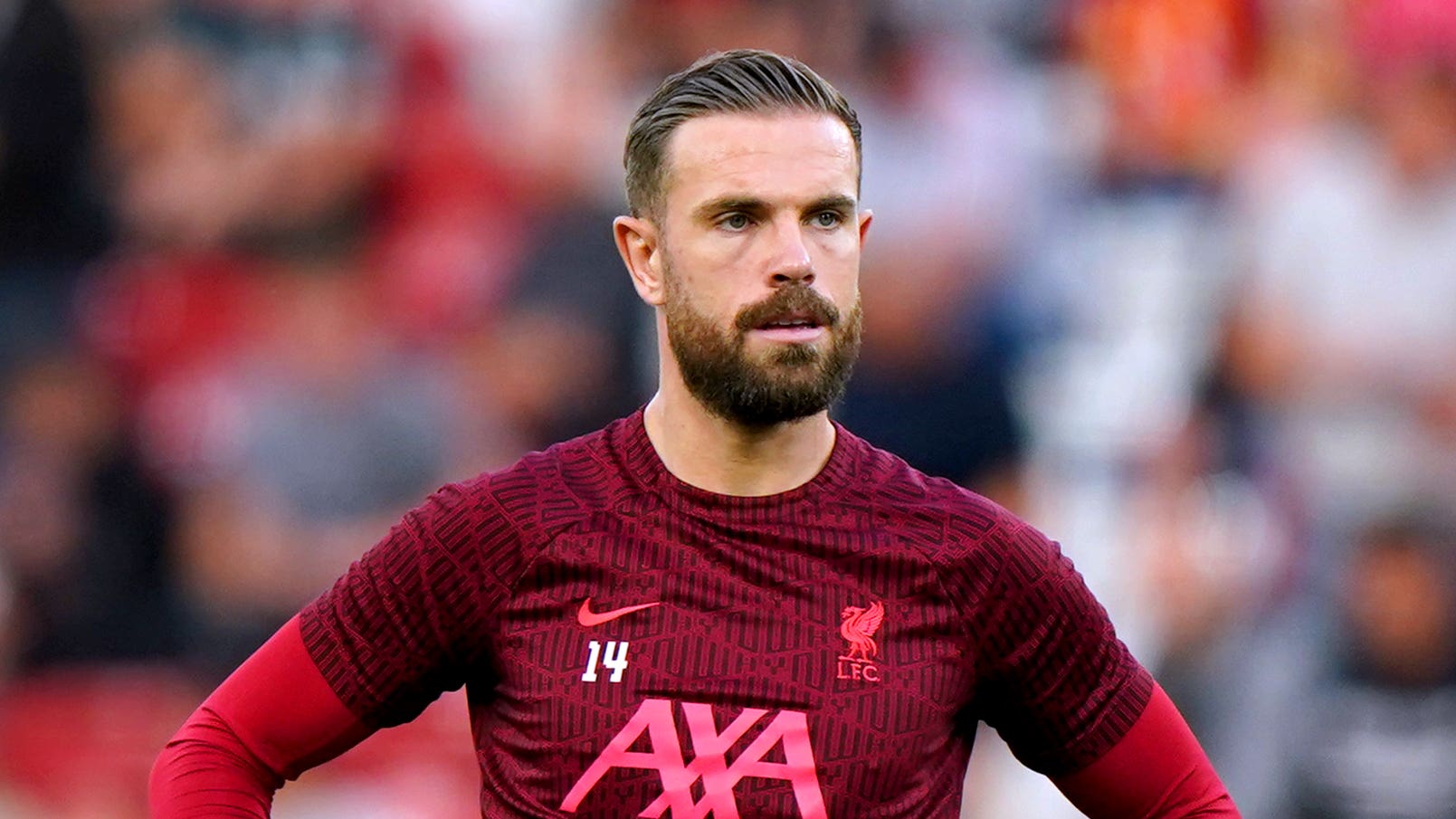 Liverpool are still waiting to find out the extent of Jordan Henderson’s hamstring injury, but the midfielder will definitely miss the Merseyside derby with Everton.

The England international limped out of Wednesday’s victory over Newcastle and is awaiting the results of a scan.

Boss Jurgen Klopp does not know how long he will be out for, but says he definitely will not be involved in the lunchtime game at Goodison Park.

“We are still waiting for the result,” the German said. “He is definitely out, but we don’t know about the extent.”

The Reds strengthened their midfield options on deadline day with the loan signing of Arthur Melo from Juventus.

The 26-year-old is still waiting for international clearance so will not feature, but Klopp is pleased with his arrival and he should be involved in Wednesday’s Champions League trip to Napoli.

“I was really happy about his transfer,” he said. “My information is that it will not happen until tomorrow, the international clearance. We all hope it will be fine for Napoli.

“He is a really good footballer. He’s had a very exciting career already and still young, coming into the best age as a footballer.

“He gives rhythm, a really good passer, has speed with the ball, safe on the ball. Really good in tight areas and all these type of things.

“I like it a lot. Why can you loan a player like this, because it did not work out 100 per cent at Juventus.

“Potential for sure is still there. We play differently to Juve and we all thought it could work well, that’s why I am pretty pleased.”

Dioga Jota is expected to feature in the squad after he returned to training on Thursday following his hamstring injury, but Thiago Alcantara and Ibrahima Konate remain out.

“Thiago is the closest of all, I think (by the) start of next week he will be in team training,” Klopp added. “Ibou is not too far away. In and around the international break, he will be back in training.”

Striker Darwin Nunez will return to the squad after completing the three-match suspension for his red card in the 1-1 draw with Crystal Palace.

Klopp described the return of Nunez and Jota as “like Christmas”.

The Liverpool manager added: “But now he learned a lesson. He is in really good shape and we came through it in the last two games winning so we don’t see that as a bad thing.

“We try to give him some extra input physically as well as tactically. He looks really settled, more than before. (We) have to wait until tomorrow.

“(It’s the) first time Diogo probably will be in as well. He trained yesterday for the first time and he will train today. It is like Christmas. That is it. If we will make changes, we will see.”