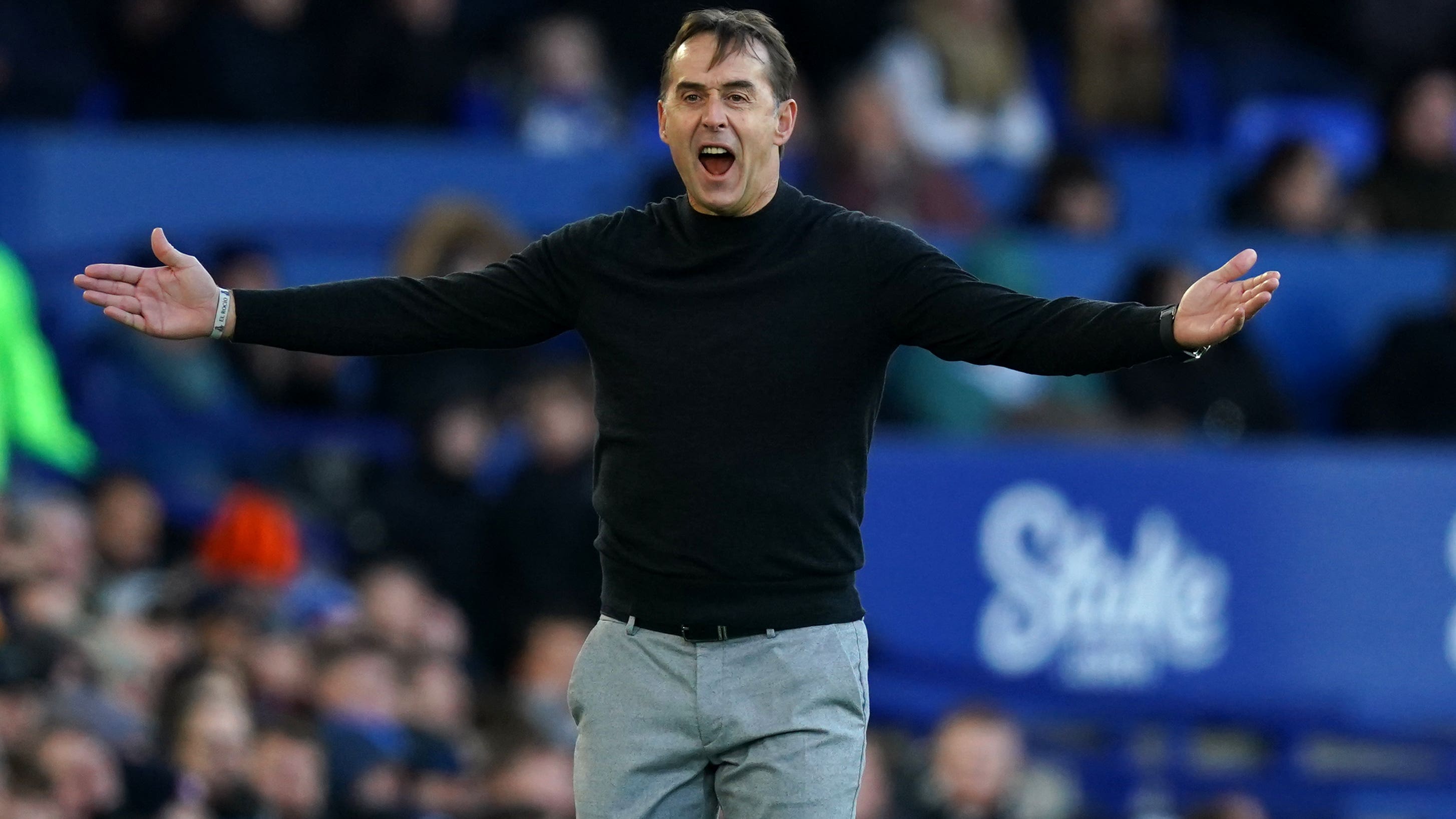 The striker has joined on loan from Atletico Madrid with an obligation to buy for £44million but is unavailable to face Manchester United on Saturday as he waits for the window to officially open on Sunday.

Wolves are 18th in the Premier League, a point from safety, and Lopetegui is hopeful of more reinforcements.

He said: “We have to work in two directions. The most important direction is to fight in each match to overcome the opponents and to fight for the three points.

“After we have to look for the options to improve the squad in the positions we think we need and, of course, this is the job of Matt (Hobbs, sporting director).

“We are working, the most important thing is to fight for three points. The club is responsible and they are working to improve the squad.

“We are looking to see what players are here in the future, but, now the most important thing is to believe in the players who are here because they are going to help us win tomorrow.”

Wolves have lost nine Premier League games at Molineux in 2022, including their last three, and the squad trained at the stadium on Friday.

It will be Lopetegui’s first top-flight home game in charge since being appointed in November as he looks to change their form at Molineux.

“It’s very important to play at home and being strong is going to be key in our future,” he said.

“We know tomorrow we are going to have a lot of difficulty but we have to believe and work very hard and try to take advantage of our strengths.”

Jonny (hamstring) and Boubacar Traore (groin) are available having missed the opening two games after the World Cup break.

“Jonny is ready to play, Bouba the same, that is good news for us. We are going to decide (the team) later,” added Lopetegui.