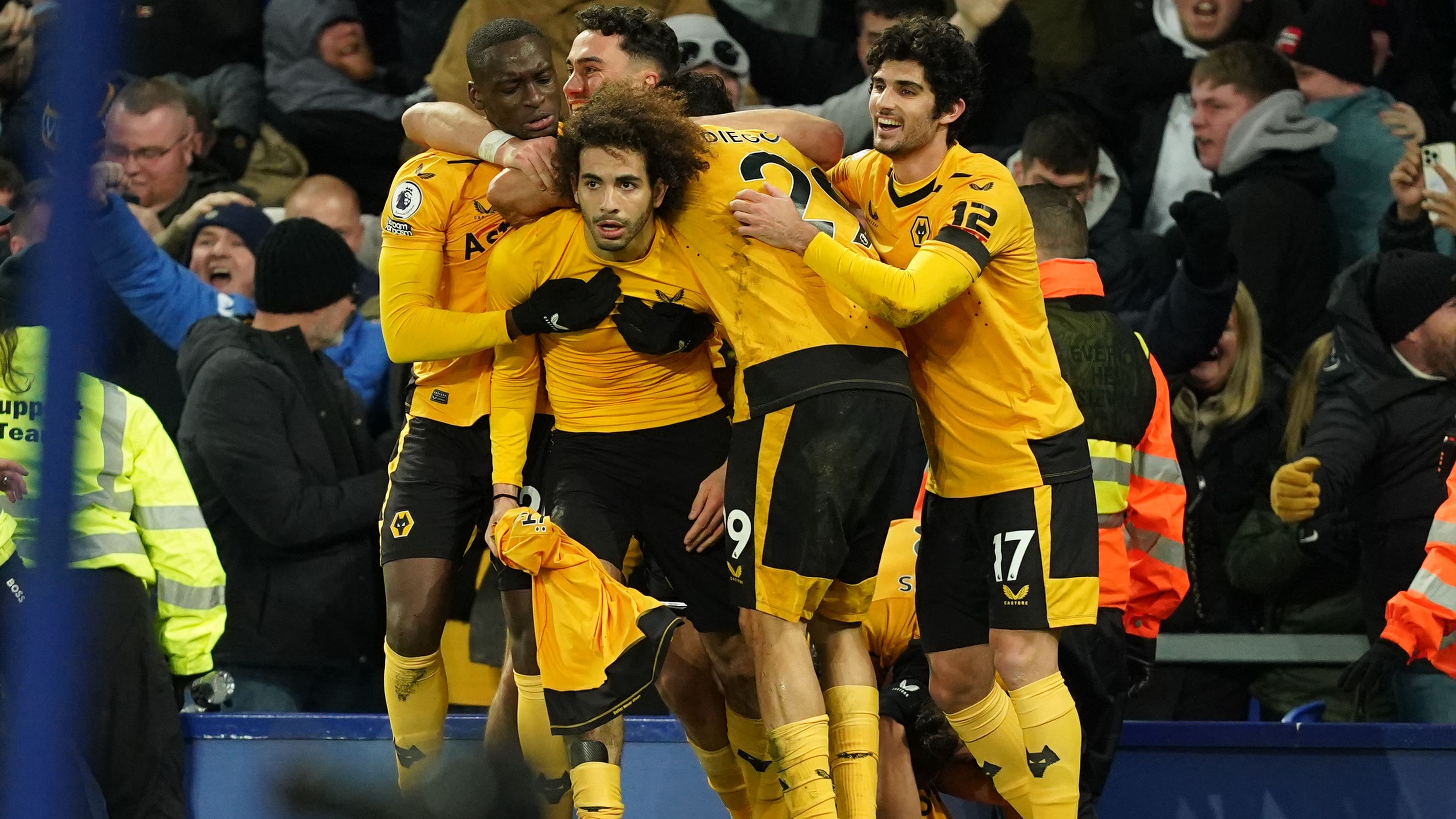 By By Carl Markham PADecember 26, 2022No Comments

A match low on quality appeared to be drifting towards a draw which would have been little use to either struggling side only for substitute Rayan Ait-Nouri to score on the counter-attack in the fifth minute of added time.

The Frenchman scored late on in the midweek Carabao Cup win over League Two Gillingham but his close-range finish to clinch Wolves’ first away win since their visit here in March could prove far more pivotal.

It secured only Wolves’ third league victory of the season but it succeeded in lifting his side off the bottom of the table and within just a point of 17th-placed Everton.

Lampard’s side have now lost six of the last eight and a lack of firepower – Yerry Mina’s seventh-minute goal was only their 12th in 16 games – cost them once again as Daniel Podence scored a well-worked set-piece equaliser in the 22nd minute.

His side departed at half-time to sporadic boos but the dissent was much louder at the final whistle.

The club are staring at another relegation battle unless significant moves are made in the transfer window to rectify their shortcomings and they could be in the bottom three by the time they travel to Manchester City at the weekend.

Lampard had tweaked his set-up and switched midfielders Amadou Onana and Idrissa Gana Gueye with the Belgian given the deeper role in an apparent attempt to utilise his quality on the ball.

However, the lack of movement up front made the 21-year-old’s job more difficult and often he had to resort to passing anywhere but forwards.

That Everton did not to capitalise on the early lead given to them by Mina, replacing ineligible on-loan Wolves defender Conor Coady and scoring his first league goal in more than two years with a downward header from Dwight McNeil’s seventh-minute corner, was down to the lack of presence in front of goal.

Their lack of available options in possession saw them fail to build on that advantage and Wolves equalised when a short corner was crossed to Joao Moutinho on the edge of the penalty area.

He lofted a pass back in the direction from which it came was volleyed home at the near post by Podence.

There followed a passage of play in which both sides squandered good chances, although the hosts were by far the more guilty with Neal Maupay twice passing up the opportunity to score after mistakes in possession by Wolves and Anthony Gordon – set to sign a new contract in the coming days – shooting too near Jose Sa.

In between Diego Costa’s weak header was comfortably saved by Jordan Pickford and the smattering of boos at half-time were not wholly unjustified.

Wolves were not much better in front of goal with the talents of midfielders Ruben Neves and Moutinho criminally wasted by a lack of firepower as Costa barely touched the ball and hardly ever in a dangerous position.

Mina’s afternoon came to a predictable early end, considering his history, as he limped off after 74 minutes with an apparent hamstring problem much to the the disgust of the Goodison Park crowd.

Substitute Demarai Gray whipped a free-kick wide while the arrival of 19-year-old academy graduate Tom Cannon for a seven-minute Goodison Park debut brought a roar of approval, with Ben Godfrey, making his return from a broken leg on the opening day of the season, raising spirits with a shot cleared off the line by Neves.

But with time ticking down, Everton failed to deal with a counter-attack and when Adama Traore’s cross was fired into the six-yard area fellow substitute Ait-Nouri was on hand to capitalise on some shoddy defending.