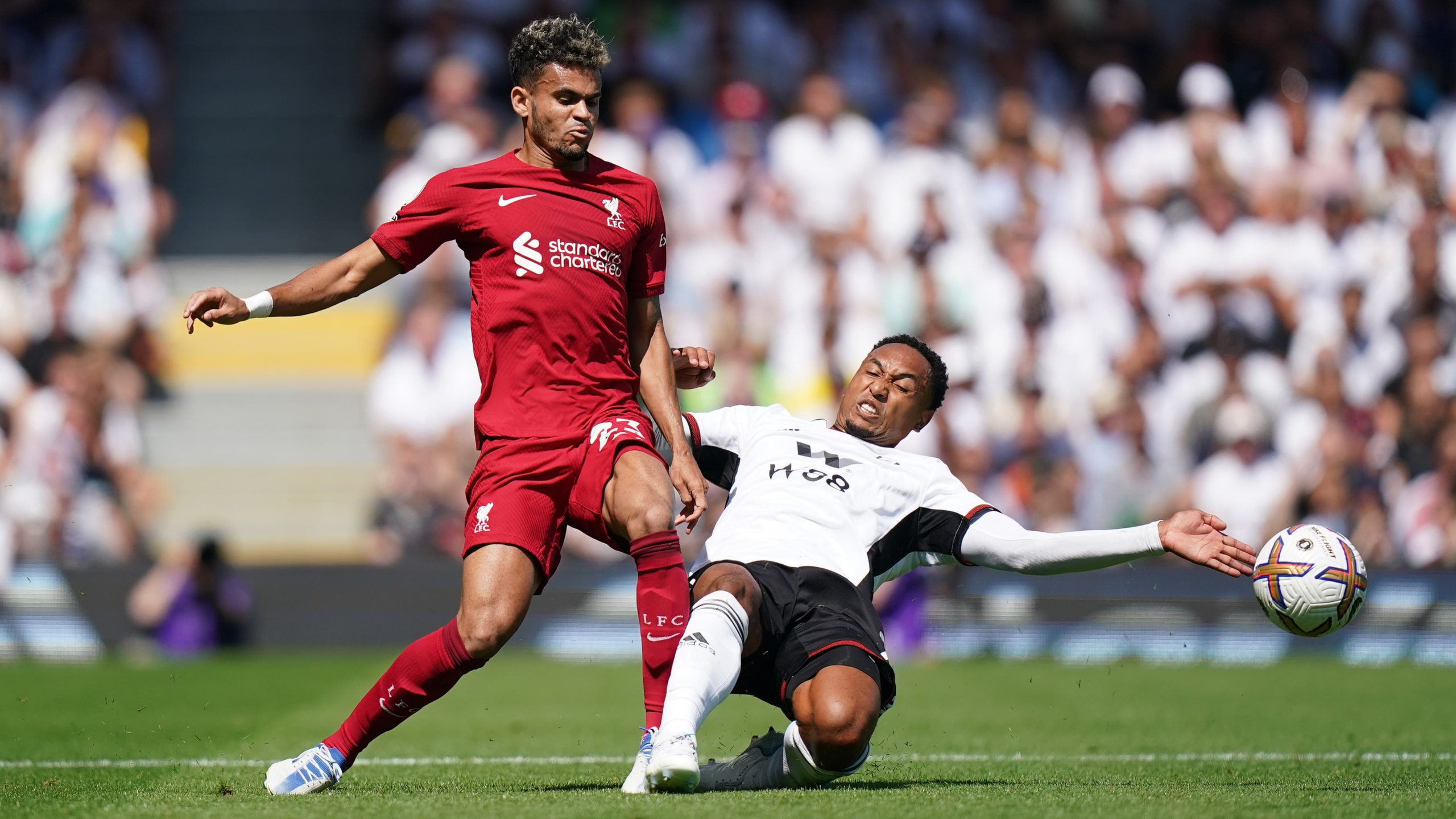 Liverpool manager Jurgen Klopp believes Luis Diaz can score 10 to 15 goals a season as he steps into the role vacated by the departure of Sadio Mane to Bayern Munich.

The Colombian scored six in 26 appearances after joining from Benfica in January as the transition of the Reds’ forward line began but now he is expected to start every week there is a greater responsibility on the 25-year-old to deliver.

Diaz had a goal ruled out for offside and hit the woodwork in the 2-2 draw with Fulham in their Premier League opener and he will be expected to supplement the goals from Mohamed Salah and new signing Darwin Nunez, who has scored twice in his first two appearances.

“Oh definitely, that is his quality. We need to see but of course that is his potential,” said Klopp when asked about whether Diaz could score 10 to 15 goals this season.

“We work on it but not with Luis specifically – we don’t take him out because the other two scored and he didn’t so we show him how. That’s not necessary.

“It’s not a problem. You can’t force it. We spoke last week about people asking ‘How can you play without Sadio?’ when in November/December everybody was thinking about when he would score the next goal. You just let it go.

“You see the situations he had (against Fulham), big chances, and he was just unlucky. He is in a really good shape and that is more important.

“It’s not that I tell him after a game, ‘You should have scored here or there’. The boys know that in the moment. It happens. It’s a normal process.

“That is also a little bit why midfielders are seen as not scoring enough, because they are involved in keeping everything together. The potential is there for sure.”

Klopp admits Diaz is not a like-for-like replacement for Mane, who scored 120 goals in 269 matches and has been on target in his first two matches for his new club.

He also knows the team have to adapt to a new way of working with the forward.

“He improved definitely with understanding what we are doing but that then leads to strange situations as well because we want to be flexible on the wings and that means he has to be slightly more inside, but then you realise it’s good for him if he stays longer on the outside.

“We have to get used to that and that will help, but unfortunately a learning process never happens overnight.

“He obviously has the quality and the potential. He just needs one goal and then we will go from there.”