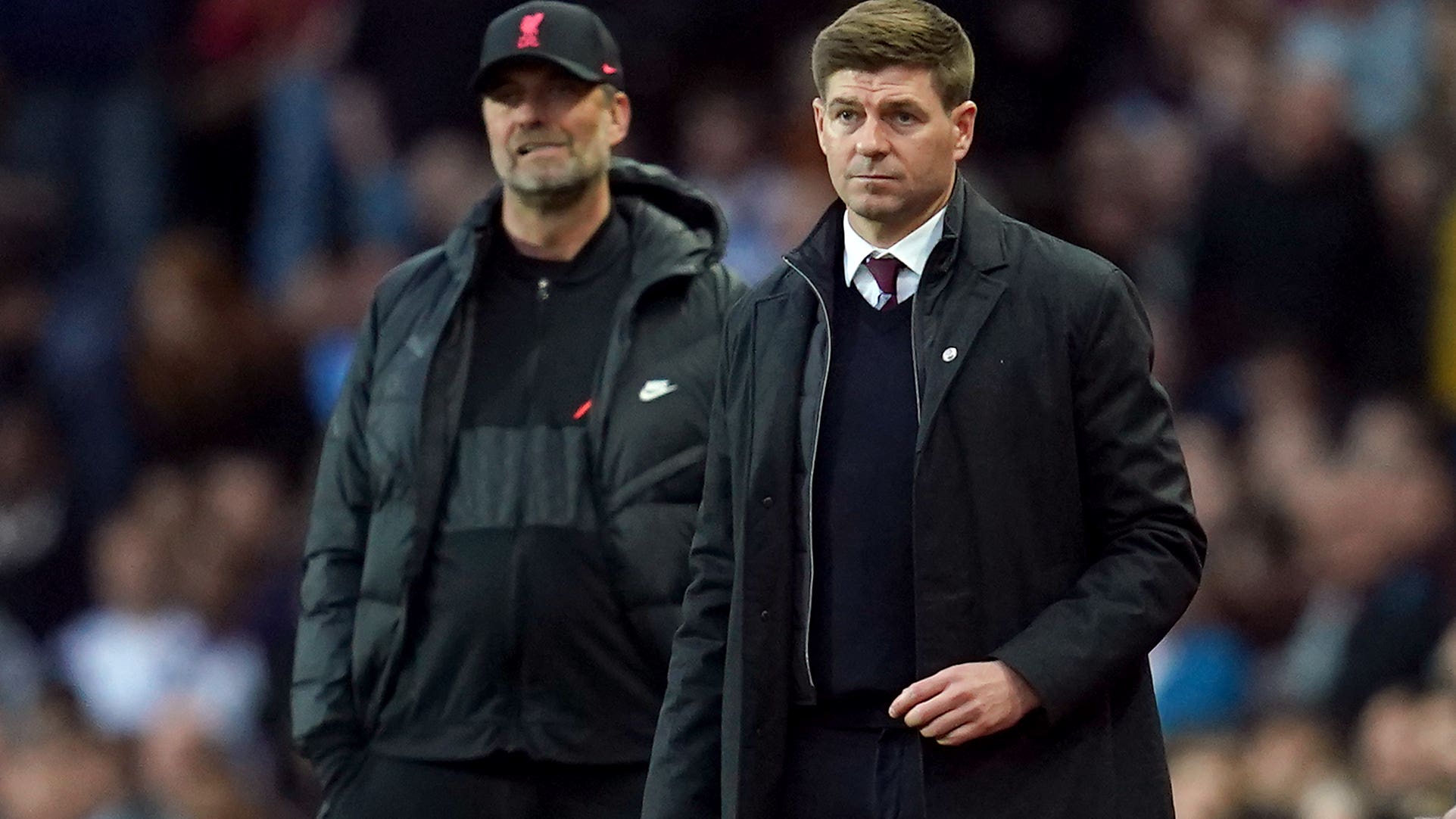 Liverpool boss Jurgen Klopp insists he will not be contacting club great Steven Gerrard to offer words of encouragement ahead of the climax to a thrilling Premier League title race.

The Reds kept themselves in contention to become top-flight champions for only a second time in 32 years going into the final day after moving a single point behind Manchester City courtesy of Tuesday evening’s 2-1 comeback win at Southampton.

Liverpool complete the campaign at home to Wolves on Sunday, hoping Gerrard’s Aston Villa can do them a major favour away to leaders City.

Klopp is confident Villa – who also host relegation-threatened Burnley on Thursday – have sufficient motivation of their own to pull off a shock result at the Etihad Stadium.

“No, of course not,” replied the German, when asked if he planned to speak with former Reds captain Gerrard.

“Stevie prepares now for Burnley, who are fighting for everything. It’s Villa’s last home game.

“They will play that game and then collect the bones and go again on Sunday.

Liverpool knew only victory at St Mary’s would keep up the pressure on Pep Guardiola’s men and were stunned by a superb early opener from Nathan Redmond.

But a side showing nine changes from Saturday’s gruelling FA Cup final win over Chelsea swiftly overcame that setback and levelled through former Saints loanee Takumi Minamino before Joel Matip headed a crucial second-half winner in front of the travelling support.

The Reds retain hope of an unprecedented quadruple, having already lifted both domestic cups and with a Champions League final against Real Madrid to come on May 28.

Matchwinner Matip says the team must not become distracted by events elsewhere.

“We will just try our best,” he told Liverpoolfc.com. “We just can play our games and that’s what we are concentrating on.

“We try to make it as exciting as possible.

“We can only look at our game. It will be tough enough to play against Wolves and our full concentration is on Wolves – that’s the only thing we can change and that’s what we are doing.

“It will be hard enough and if our head is somewhere else that would make it even more of a tough challenge.”

Southampton’s aim of a first top-half finish since 2017 faded during a miserable end to the season.

Defeat against Liverpool was an eighth in 11 league games for the 15th-placed Saints, including five in six on home soil.

“I think it’s important the fans stick by us,” the England international told the Southern Daily Echo, ahead of Sunday’s finale at Leicester.

“We are doing everything to turn around the current form and improve as a team.

“They need to just stick with us. Keep getting behind us and the results will come.”