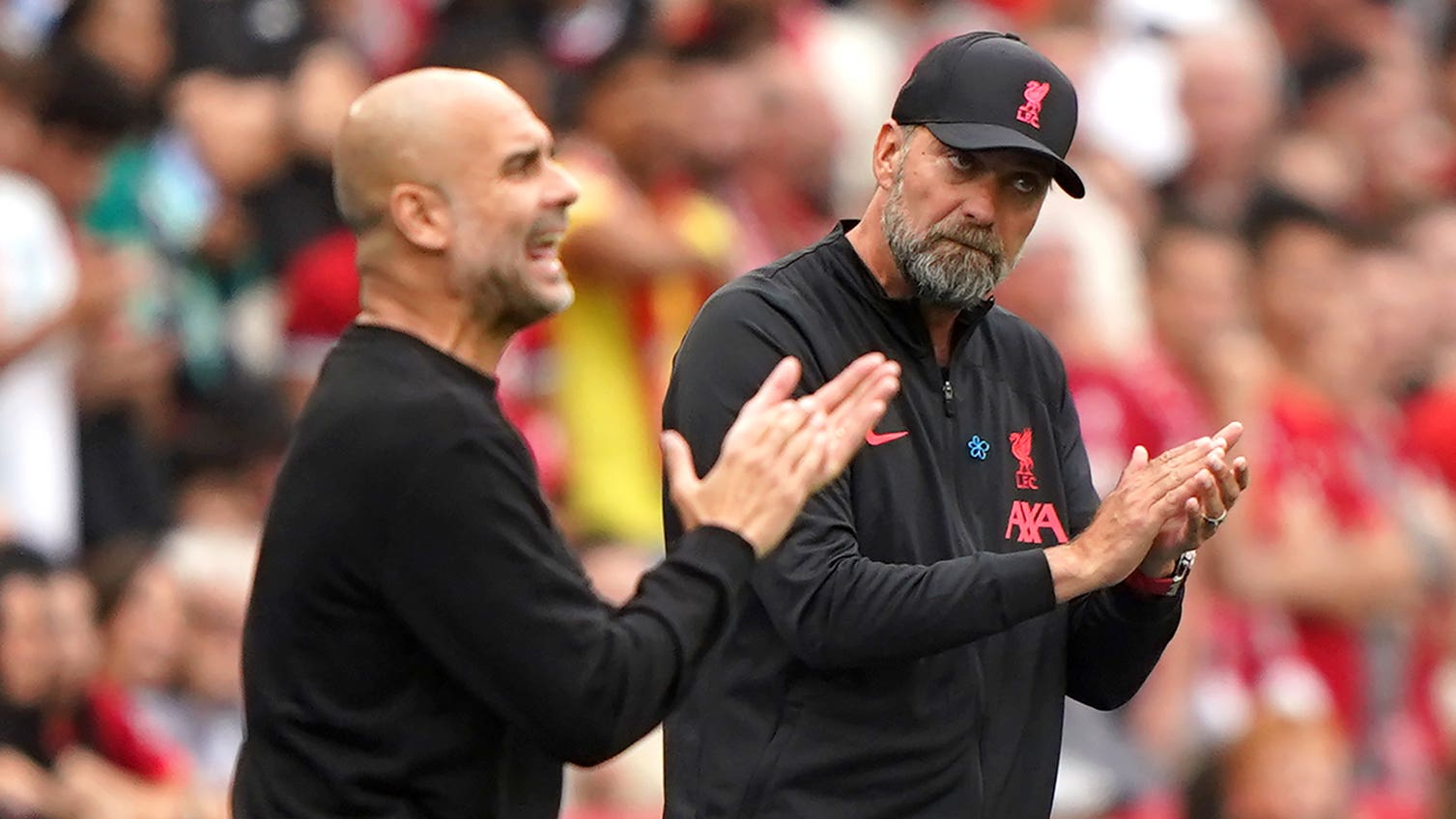 By By Carl Markham PAOctober 15, 2022No Comments

Liverpool manager Jurgen Klopp has a respectful rivalry with Pep Guardiola – even if he wishes his Manchester City counterpart had taken a four-year sabbatical instead of coming to England.

The two coaches have brought the best out of each other since Guardiola arrived in the Premier League in 2016, with two of the last four title races being decided by a single point.

At any other time Klopp’s side would arguably have won two more championships than the one they lifted in 2020 but they have found themselves competing against one of the greatest managers and teams in history.

Unlike Klopp, who is contracted until 2026, Guardiola’s current deal expires next summer, although the City boss is relaxed about his future and expects to hold talks during the break for the World Cup.

So would Klopp be happy to see Guardiola go?

“I would prefer Pep would do a sabbatical for four years,” he said.

“Actually my preference would have been for him to have had a sabbatical for the last four years. That’s a joke.

“I don’t know how often I have to say it but he is the best manager in the world and he is proving that all the time, every day.

“It’s special what they are doing, really special, and I respect that.

“It’s fine. I have no problem with the situation.”

On their personal relationship Klopp added: “I am not (Roger) Federer and Pep is not (Rafael) Nadal – they compete on the highest level and are best friends.

“Pep and I are not best friends because we don’t know each other but I respect him a lot and I know he respects what we are doing as well.

“For a rivalry we don’t need to be disrespectful.

“So far we did really well in cutting that out of all the stuff. I always could see brilliance or admit brilliance when I saw it and in this case that’s the case.”