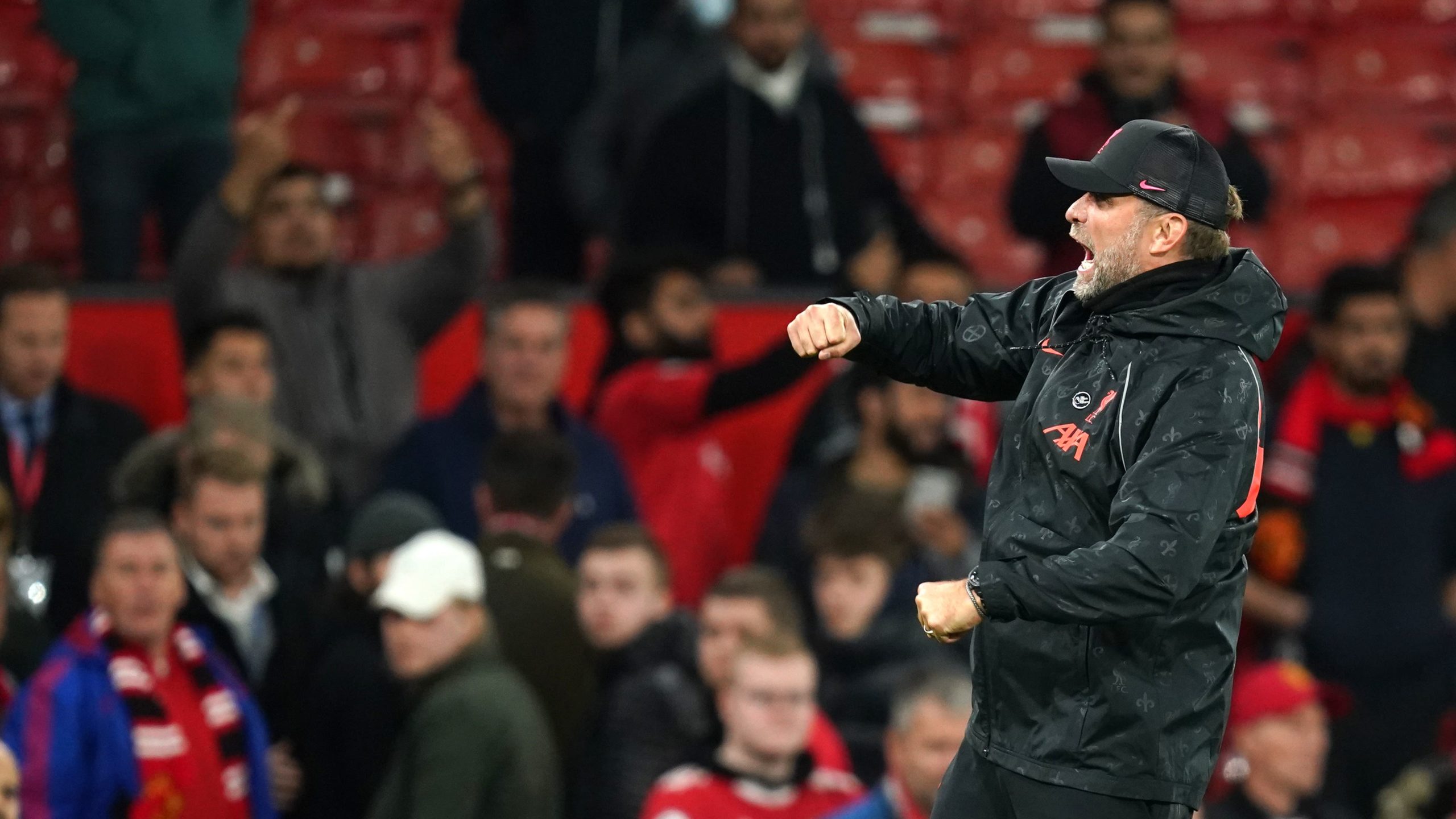 The Reds won 5-0 at Old Trafford and 4-0 at home last term, but a new season and a new manager in Erik ten Hag presents a different challenge.

“When we had the two results last year I knew already in that moment it would not help for next year. It was always like this,” said Klopp, who confirmed striker Roberto Firmino will be fit to start in the absence of the suspended Darwin Nunez.

“I could not be less interested in the results from last year – different games, different situations.

“It just helps United to be even more motivated, if that’s possible in the situations we are in.

“This is a completely different game and a different situation.

“I would prefer to play them after they won 5-0, definitely. That is how it is, but it is not dreamland and we have to take it like it is.

“We drew two games, so is it better to play us in a situation like this or is it worse? I don’t know.”

Reports in Germany this week suggested midfielder Naby Keita, who is in the final year of his contract, is unhappy at his lack of game time.

The Guinea international has had significant injury and availability issues – Monday’s draw with Crystal Palace was his first appearance in a matchday squad as an unused substitute – but Klopp dismissed suggestions Keita could leave in the current window.

“It is really funny when I have to respond on news, because what you would learn if you sat on my side of the table is how often 0.0 (percent truth) is behind the ‘news’,” he said.

“No, absolutely nothing. Naby was ill for a week. Last game on the bench, fully in training, looks really good, all fine.

“But he’s not a player who is overly happy when he is not playing, but that is completely is fine. Nobody came to me and asked me anything about that.”