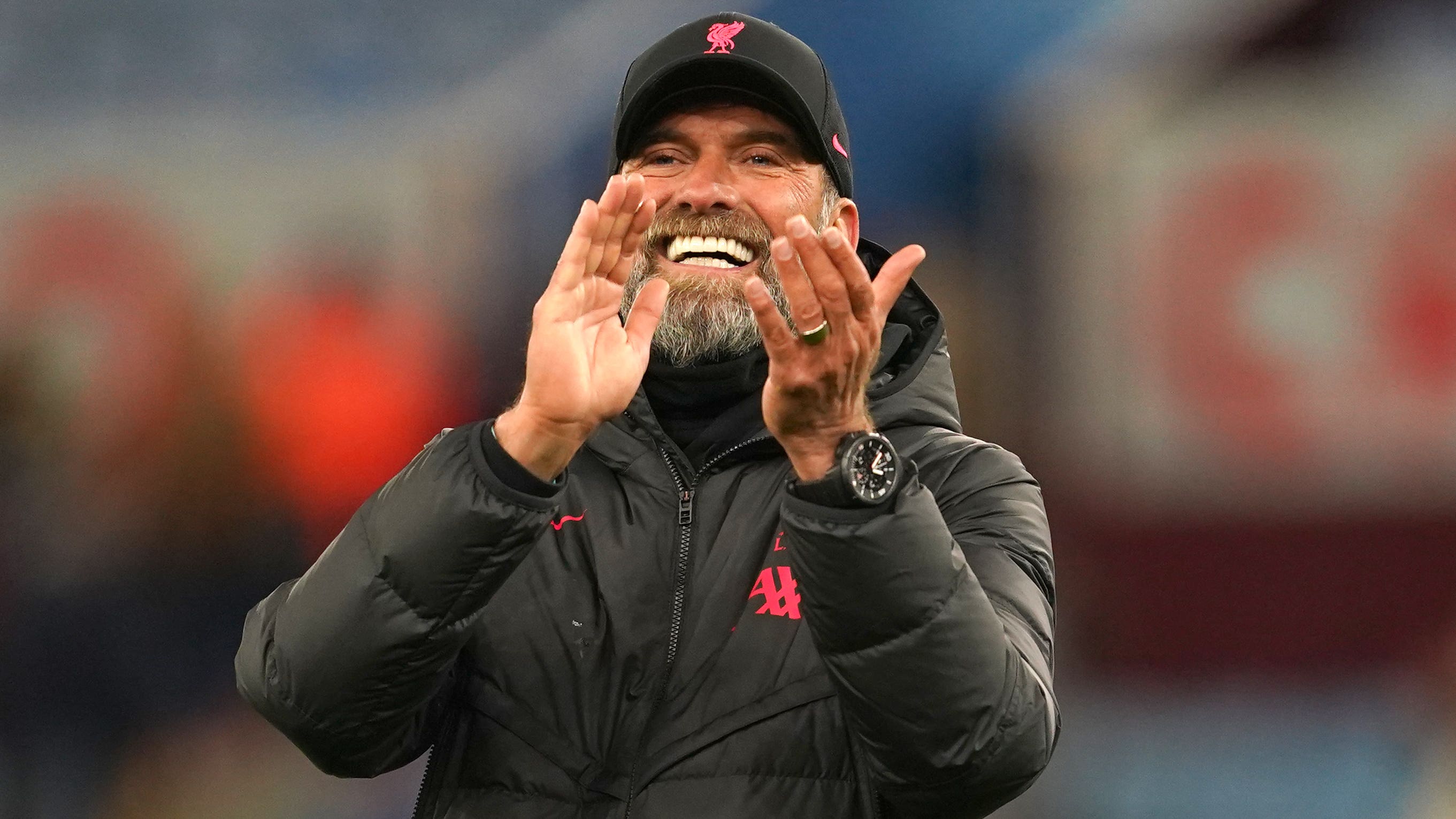 Jurgen Klopp: Liverpool have to be pain in the backside for top-four rivals

Jurgen Klopp vowed Liverpool will be a “pain in the backside” in the race for the Champions League.

Ollie Watkins pulled one back after the break but Villa missed a hatful of chances – with Watkins and Leon Bailey guilty.

Liverpool remain sixth in the Premier League but closed the gap on Tottenham in fourth to five points and Klopp knows what they must do.

He said: “We have to be the pain in the backside for everyone. We are not in the best position, there is distance between us and other teams, we know that.

“The first two or three are maybe too far away. If they win all their games we have no chance.

“We have to do our part and it means winning football games. It must be the target, to qualify for the Champions League. We have to go through difficult moments, today we got three points and that’s the best way to get closer.

“As long as we can see them we will fight. We made life a bit uncomfortable for us but the third goal was my favourite. Stefan being that calm and having the necessary luck with the finish was special.

“Aston Villa were lucky as well we didn’t finish the situations off. We deserved the three points.”

Watkins failed to beat Alisson Becker inside the opening minute and that set the tone for Villa’s woeful finishing.

They were made to pay after five minutes when Salah capped a slick move – tapping in Andy Robertson’s cross following Trent Alexander-Arnold’s sumptuous pass.

Watkins and Bailey squandered fine openings and Joel Matip had a goal disallowed for offside during a hectic half before Van Dijk drilled in, via Ezri Konsa’s hip, eight minutes before the break.

Darwin Nunez – who had already headed over and volleyed at Robin Olsen after Konsa’s mistake – still had time to shoot at the goalkeeper but Villa emerged after half-time fighting.

Watkins had a goal ruled out for offside seconds after the re-start before finally taking a chance, heading in Douglas Luiz’s cross just before the hour.

It should have set up a grandstand finish but, after Salah and Nunez missed, Liverpool ended Villa’s hopes with nine minutes left.

Nunez kept the ball and his cross was turned out by Olsen but only to Bajcetic who rounded the goalkeeper and shot through Tyrone Mings’ legs two minutes after coming off the bench.

Villa boss Unai Emery said: “We had a great effort and the result was so hard for us. We created chances, we didn’t score and to concede two goals from set-pieces is not normal because we are working hard on them.

“The last 15 minutes in the first half after their second goal we didn’t react like I wanted.

“I want to be optimistic, I am disappointed and a bit angry but the attitude was amazing from the players. I know we have to learn and add more things, tactically, for the step up I want to do.”