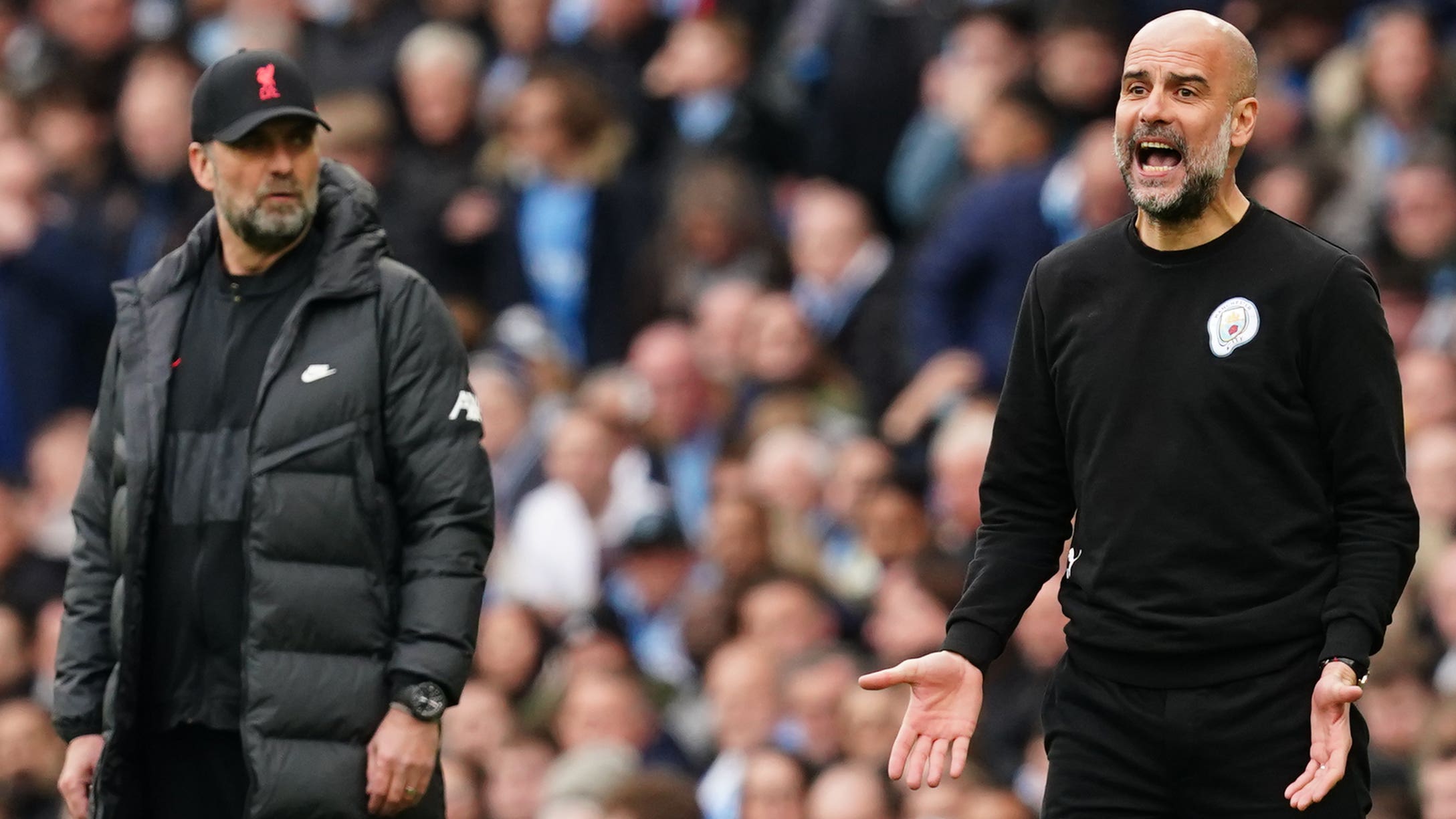 Jurgen Klopp: Liverpool have to find other ways to compete with Manchester City

Jurgen Klopp admits Liverpool cannot possibly match Manchester City when it comes to transfer spending but he still believes they can find other ways to compete.

During his seven years in charge, Klopp’s net spend has been around £150million, whereas Pep Guardiola’s in a 12-month shorter period is over half-a-billion pounds.

Having pushed each other incredibly close in the title race for the majority of the time the two have been in England, Liverpool’s poor start to the season means they currently trail their rivals by 13 points.

The resources available to City, backed by Abu Dhabi’s Sheikh Mansour, mean they have been able to strengthen year-on-year with virtually limitless spending.

Liverpool, while still being able to bring in a potential £85m club-record signing in Darwin Nunez this summer, work to a more restricted model under American owners Fenway Sports Group and Klopp accepts that.

When asked how his club could keep pace, the Reds boss said: “Oh, you won’t like the answer. Nobody can compete with City in that.

“You have the best team in the world and you put in the best striker on the market (Erling Haaland), no matter what it costs, you just do it.

“What does Liverpool do? We cannot act like them. It is not possible.

Liverpool come up against an in-form Haaland at Anfield with Klopp hoping Nunez’s goals in back-to-back matches will help him get up and running after a stuttering start since his move from Benfica.

“I heard now that at Newcastle somebody (sporting director Dan Ashworth) said ‘There is no ceiling for this club’.

“Yes, he is absolutely right. There is no ceiling for Newcastle. Congratulations. But some other clubs have ceilings.”

Haaland’s brilliant introduction to the Premier League, scoring 15 goals, has inadvertently shone the light on Nunez but Klopp is confident the Uruguay international is not comparing himself to the Norwegian.

“Let me say it like this, I think Darwin Nunez would have scored a couple more goals if he had played in the centre of Man City this season,” said the German.

“We have to improve our game to bring him more often in these situations.

“I don’t know but I hope it is not in a process where he compares himself with Erling Haaland.

“Don’t compare, I hope he is not doing that and doesn’t think about that. I don’t see that.