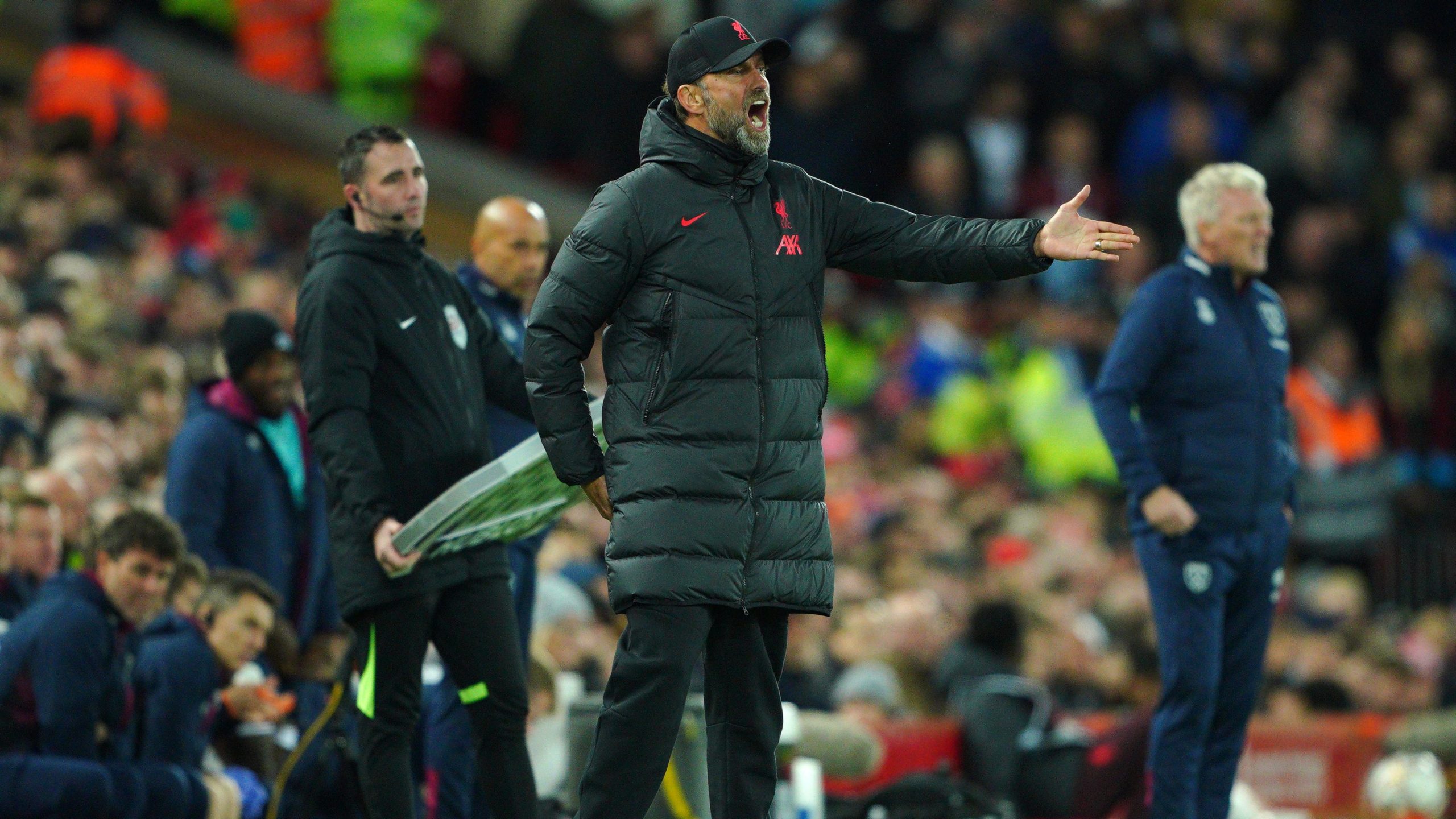 Liverpool manager Jurgen Klopp was back in the spotlight after his dismissal for berating an assistant referee in Sunday’s win over Manchester City.

The German has until Friday to answer a Football Association charge of improper conduct but was back on the touchline as Liverpool beat West Ham.

Here, the PA news agency takes a look at how his match unfolded.

Having admitted he overreacted at the weekend and fully deserved his red card, Klopp was the epitome of calm in the technical area. When Kostas Tsimikas tangled with Jarrod Bowen and conceded a contestable foul, the Reds boss just looked disappointed and dropped his gaze to the floor. He was motionless for the VAR check for the penalty and, when Darwin Nunez was felled close to where the Mohamed Salah incident on Sunday had cost him a sending-off Klopp just stared at his feet.

After from the pre-match pleasantries and post-match handshake there was no communication across the technical area with former Everton manager David Moyes.

Interaction with the crowd

Uncharacteristically there was no real reaction from Klopp for Nunez’s goal, although he did take time to have a quick chat with the assistant referee on the near touchline as the players reassembled for kick-off. He was also restrained for Alisson’s penalty save and at the final whistle he kept his celebrations to a gentle pat of his chest and a wave to the crowd.