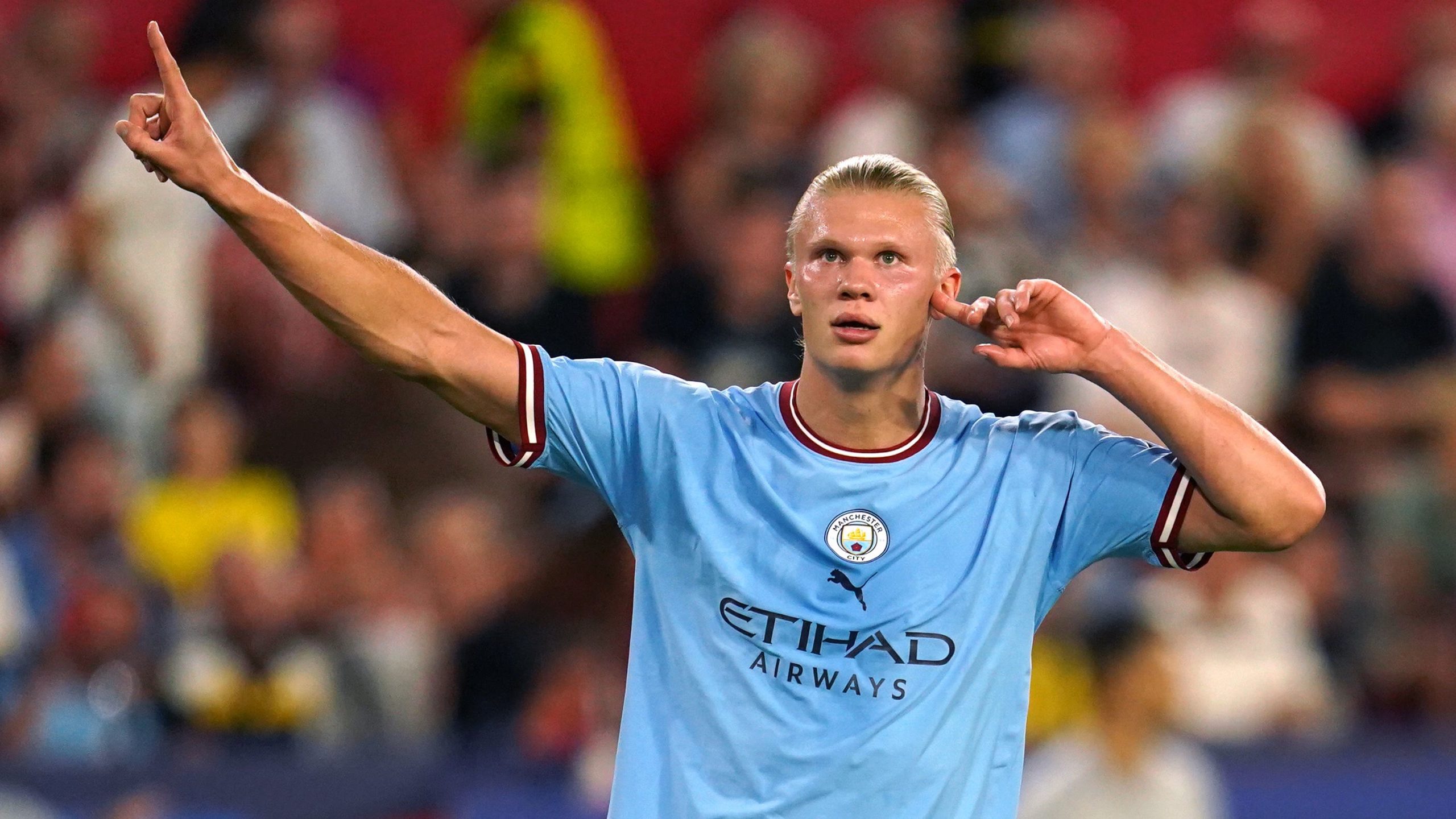 Jack Grealish believes Erling Haaland is “unstoppable” and the best goalscorer he has ever played with.

The Norwegian has now scored 19 goals in just 12 appearances since joining City in the summer, a tally that also includes three hat-tricks.

“I was just laughing because he is just unstoppable,” said midfielder Grealish.

“He has this instinct where he is always at the right place at the right time and that is something you can’t teach, you are just born with it.

“His goalscoring record is absolutely ridiculous and he is probably the best I have ever played with. It is a pleasure to play with him and hopefully it continues.”

Grealish did not get on the scoresheet himself in the 5-0 rout of the Danish champions at the Etihad Stadium but delivered an influential display to claim the player of the match award.

It was a third strong showing in succession from the 27-year-old, whose form was being criticised just last month.

Grealish, City’s record £100million signing, said: “Football is about enjoying it and I am certainly doing that at the moment.

“I am loving playing with the lads and I feel like I have got my confidence back. That is the main thing for me. Goals and assists will come.

“Any player wants to score and get assists, but the main thing is to keep playing and enjoying it.”