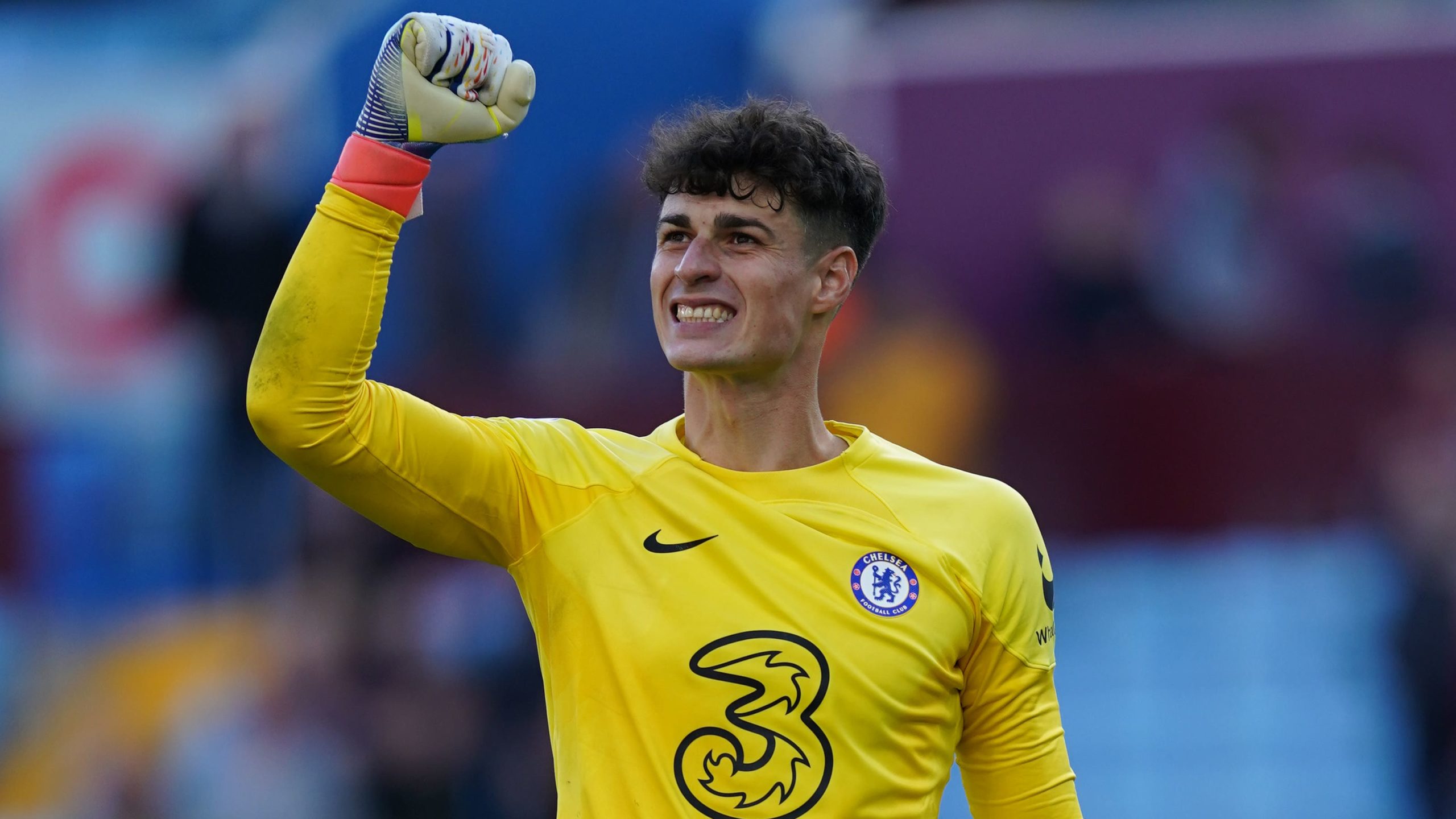 Mason Mount’s double and Kepa’s heroics earned a fifth straight win in all competitions on Sunday.

It cemented Chelsea’s fourth place in the Premier League and they now sit three points clear of Manchester United after their stalemate with Newcastle.

“It was a hard-fought game. Aston Villa made us suffer, certainly in the first half. We lost our way a little bit and we needed Kepa to make some fantastic saves,” he said.

“He is contributing to us with clean sheets, how we are trying to play and the environment around the place. Kepa found a fantastic level, he made brilliant saves which kept us in the game.

“We were better in the second half, more stable. It wasn’t easy for us given the amount of games we have played, to come from Milan to here.

“I’m happy for Mason and Kepa in particular, they have managed to help us over the line. Different players will have to step up.

“It’s a collective desire to do the ugly stuff in the game. If we need to suffer we have to suffer.”

Mount cashed in on a horrendous Tyrone Mings error to give the visitors a sixth-minute lead when the defender miscued a header and the England man volleyed in.

He first denied John McGinn with the ball running to Ramsey only for Kepa to produce a sensational one-handed stop to turn the strike onto the post.

Better was to come after 33 minutes when he denied Ings from four yards, brilliantly tipping the striker’s header over.

Chelsea were rocking, even if Raheem Sterling hit the bar, but Villa – who have scored just seven goals all season – were unable to capitalise.

They faded in the second half and Mount sealed victory with a free-kick after 65 minutes. He was brought down by Mings 25 yards out and his swerving effort caught out Emi Martinez.

Defeat left Villa 16th, just a point above the relegation zone, to increase the pressure on boss Steven Gerrard.

He said: “I’d be stupid not to be aware of where we’re at and accept that. Every time I have spoken I have fronted that up, I won’t hide from the criticism.

“I was aware of all the shouts which came from behind the bench but I don’t think all of them were directed at me from a personal point of view.

“I heard a group singing from the Holte End, I’m aware of it all. I have to accept it and try to do everything I can to change the way they are feeling.

“If the players can replicate the first hour moving forward they won’t have an issue. If we can do that to Chelsea I don’t think we will have any issues.

“The scoreline flatters Chelsea. I’m still in a little bit of disbelief we haven’t got at least a couple of goals.”