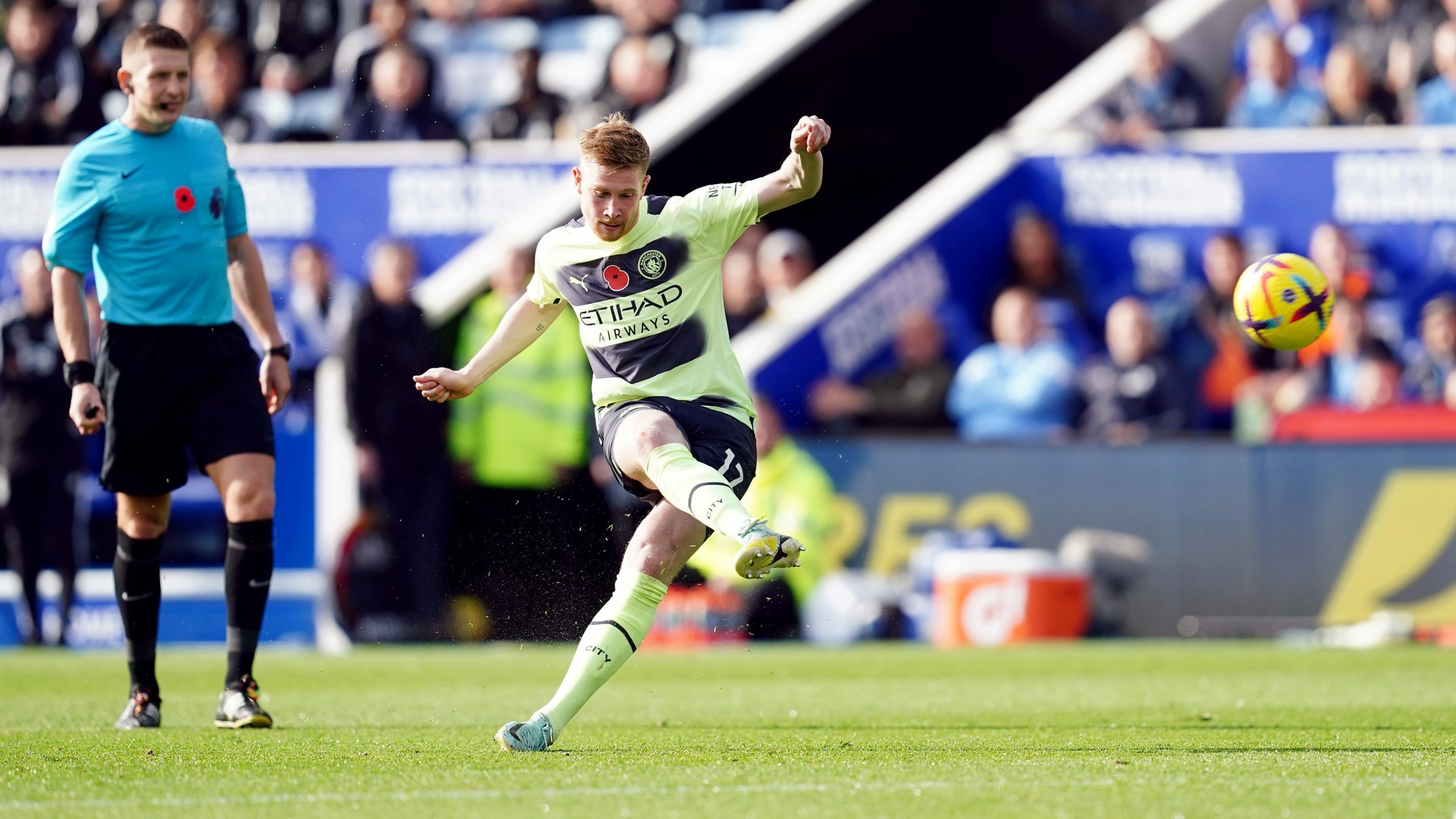 Kevin De Bruyne: Man City made life difficult for themselves in win at Leicester

Kevin De Bruyne admits Manchester City made life difficult for themselves as they ground out a 1-0 win at Leicester.

The midfielder’s stunning free-kick moved City top of the Premier League on Saturday, ahead of Arsenal’s game with Nottingham Forest on Sunday.

Ederson needed to turn Youri Tielemans’ volley onto the bar as the Foxes chased a leveller and De Bruyne knows they were made to work.

“We made it difficult for ourselves, we were a bit tired,” he told the club’s official site. “Their changes made it a different game. We didn’t keep the ball in their half but we still could have scored a second.

“It is just about trying to win our games before the World Cup and then we’ve had a really good start to the season.

“After the World Cup there is a long way to go, we don’t know what happens, but we try to win game by game and stay at the top of the league.

“They’re trying to frustrate us but we played well for 70 minutes.

“They changed it and the only mistake we made was that we tried to play in the defence. But overall I think we did really well.”

Leicester dropped back into the relegation zone after Leeds’ 2-1 win at Liverpool on Saturday evening.

Boss Brendan Rodgers said: “We usually like to impose our game on to the opposition, especially at home, but they could see what we were doing, they recognised the quality of Man City, so they couldn’t get too frustrated when we were in that deeper position.

“With a bit more finesse and clinical edge in the final third we could have got something.

“They (the fans) really supported the team and that’s so important. The past few weeks, the players have shown resilience and that’s what supporters want to see. Marry that to our football and we can be a half-decent team.”