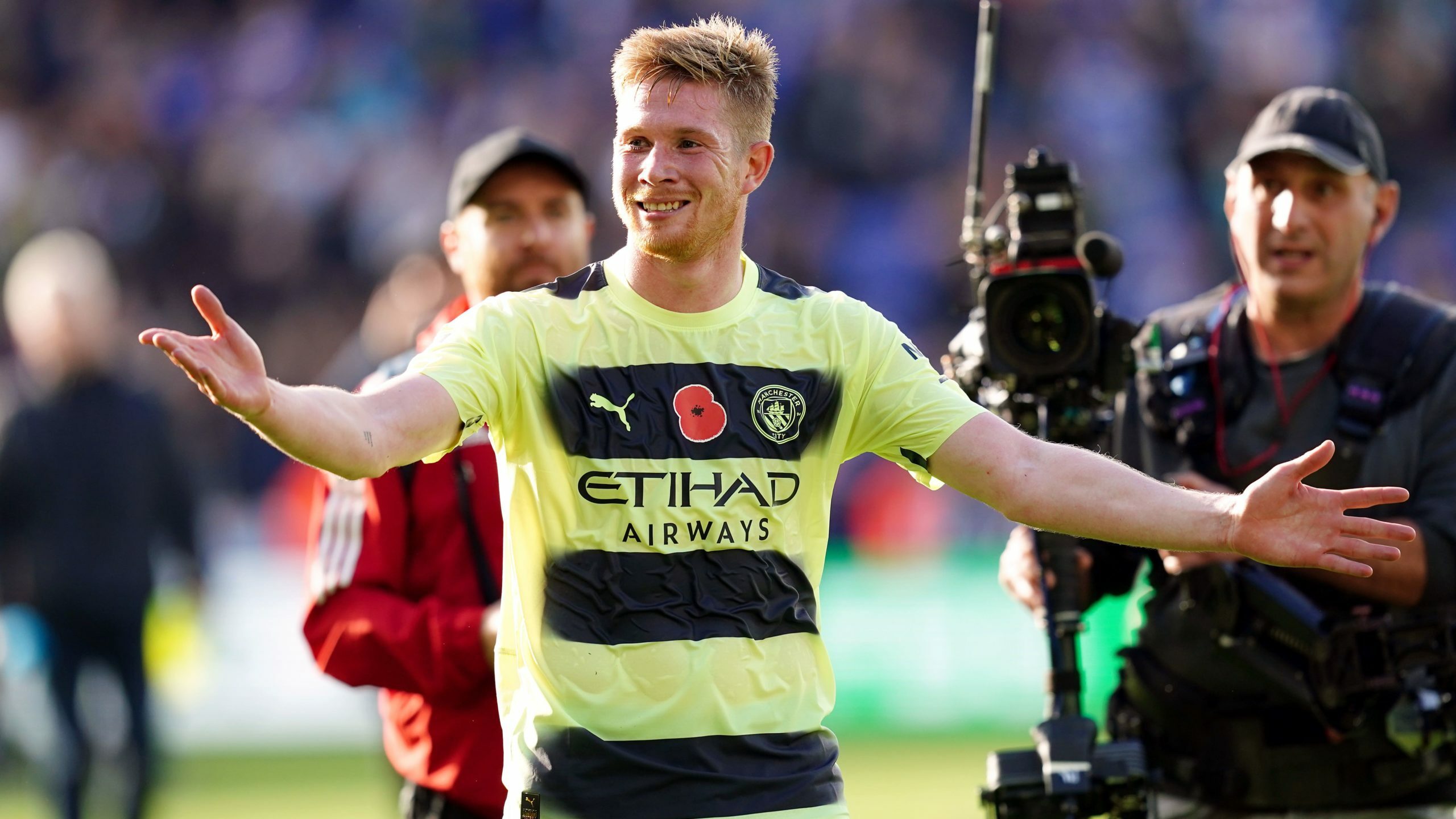 But Graham Potter made a miserable return to former club Brighton as he lost his first game as Chelsea manager.

Here, the PA news agency takes a look at what we learned from the latest round of top-flight fixtures.

No Haaland, no party? No chance when Kevin De Bruyne is around for Manchester City. Pep Guardiola’s champions were without their Norwegian goal machine against stubborn Leicester opponents. But De Bruyne made a mockery of Guardiola questioning his form this season by producing an unstoppable match-winning free-kick – his 25th Premier League goal from outside the penalty area since September 2015.

Marcus Rashford delivered a perfect present for Manchester United on the eve of his 25th birthday. Rashford’s winner against West Ham – a thumping far-post header – was his 100th United goal, the first player to reach the milestone for the club since Wayne Rooney in 2009. It was the reborn Rashford’s seventh goal of the season and seemingly another big step to making England’s World Cup squad in Qatar next month.

Much was made of Graham Potter’s return to Brighton as Chelsea manager after spending three years on the south coast. But Potter’s dream start in west London turned into a nightmare at the Amex Stadium as the rampant Seagulls won 4-1 for their first-ever league victory over the Blues. It was a first defeat in 10 Chelsea games for Potter, who was greeted with boos from Brighton fans and then had to endure chants of ‘You’re getting sacked in the morning’.

Newcastle striker Callum Wilson could not have chosen a better day to push his case for World Cup selection. Wilson struck twice in a 4-0 thrashing of Aston Villa – a coolly-taken penalty and a terrific header – as Newcastle moved into the top four with a fifth win in six games. And all before watching England boss Gareth Southgate, who must have been impressed with the powerful Wilson before naming his World Cup squad.

Wolves were in urgent need of a striker to banish their relegation blues after injuries to Raul Jimenez and Sasa Kalajdzic. But new recruit Diego Costa was more sinner than saviour after his headbutt on Ben Mee in the final minute of Saturday’s 1-1 draw at Brentford was spotted by VAR. It was actually Costa’s first red card in the Premier League, but the former Chelsea striker has always worked on a short fuse and now looks set to be absent until after the World Cup.