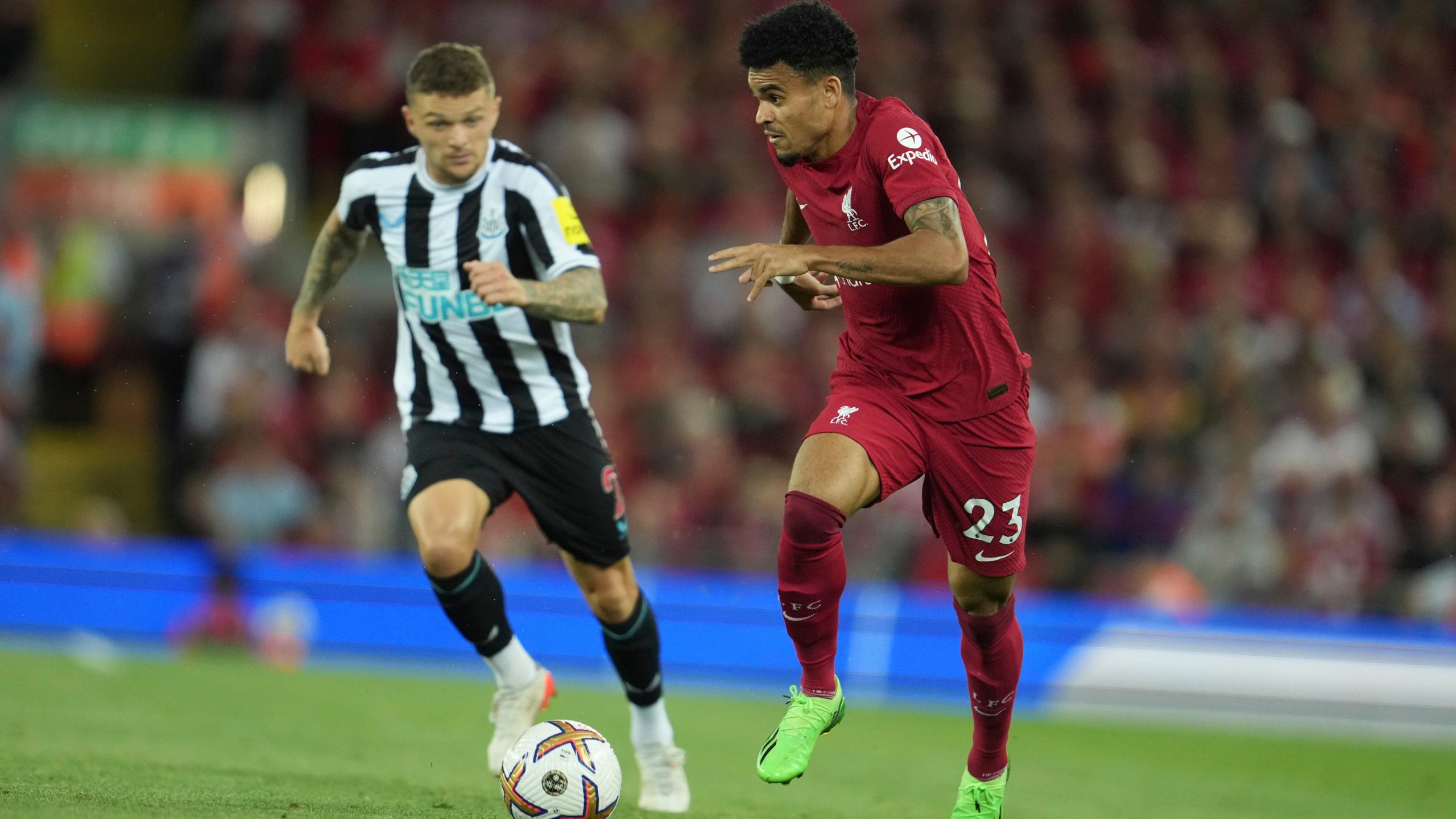 Kieran Trippier says Newcastle cannot afford to let the last-gasp loss at Liverpool throw them off track, nor any frustration about the amount of stoppage time played at Anfield.

Jurgen Klopp’s men followed Saturday’s 9-0 demolishment of promoted Bournemouth with a less assured display when the Reds stepped back out at Anfield on Wednesday evening.

Newcastle made life tough from the outset and went into half-time ahead thanks to record signing Alexander Isak’s emphatic strike on his debut.

Roberto Firmino equalised but Liverpool looked set to fall short in their bid for a winner, only for Fabio Carvalho to strike with 97 minutes and nine seconds on the clock after five minutes of stoppage time was initially shown.

It was a body blow for well-drilled Newcastle, who were jeered off the field by the Anfield faithful due to their attempts to run down the clock.

“It’s very tough to concede in the 97th minute when there was five minutes supposed to be added on,” right-back Trippier told the PA news agency.

“But you can’t let the result take us off track because we’ve got another big game around the corner. It just shows how far we’ve come in a short period of time.

“Coming to places like this, it’s always going to be difficult. Liverpool are always going to have spells in the game where you have to concentrate, which I thought we did.

“OK, Firmino scored a good goal but even after that they gained momentum but I felt we handled that. To say that they scored from a second phase from a set piece is difficult to take.”

Asked if he had sought any explanation for the extended stoppage time, Trippier said: “Nah, it’s one of them, it’s football. These things happen.

“I can’t explain it. It’s something that somebody else is going to have to explain. It’s tough to take, we concede and we move on.”

It was a galling end to a competent display by Newcastle, who were looking for a first league win at Anfield since 1994 on the back of an unbeaten start to the season.

“Everything’s positive,” Trippier said ahead of Saturday’s home match against Crystal Palace. “Obviously in past seasons Newcastle haven’t come here and had a positive result before.

“You see how we transformed as a team, the way we want to play. We want to get after teams and we showed that away at Anfield.

“Coming here and playing like we did, especially the first half where we unsettled them, and the way we defended as well because you see the talent that they’ve got.”

Trippier leaves Anfield focused on the positives, with Isak key among them.

The 22-year-old would have added an outstanding second to his first-half laser had he not strayed just offside when racing behind on an impressive debut by the former Real Sociedad striker.

“I played against him in Spain, I know what he’s all about,” ex-Atletico Madrid right-back Trippier added.

“Obviously it’s a new league for him, the tempo and stuff, but I thought he handled it very well to say he got chucked in at Anfield away. He deserves a lot of credit.

“He’s been unbelievable in training as well, so a lot more goals to come from him for sure.”