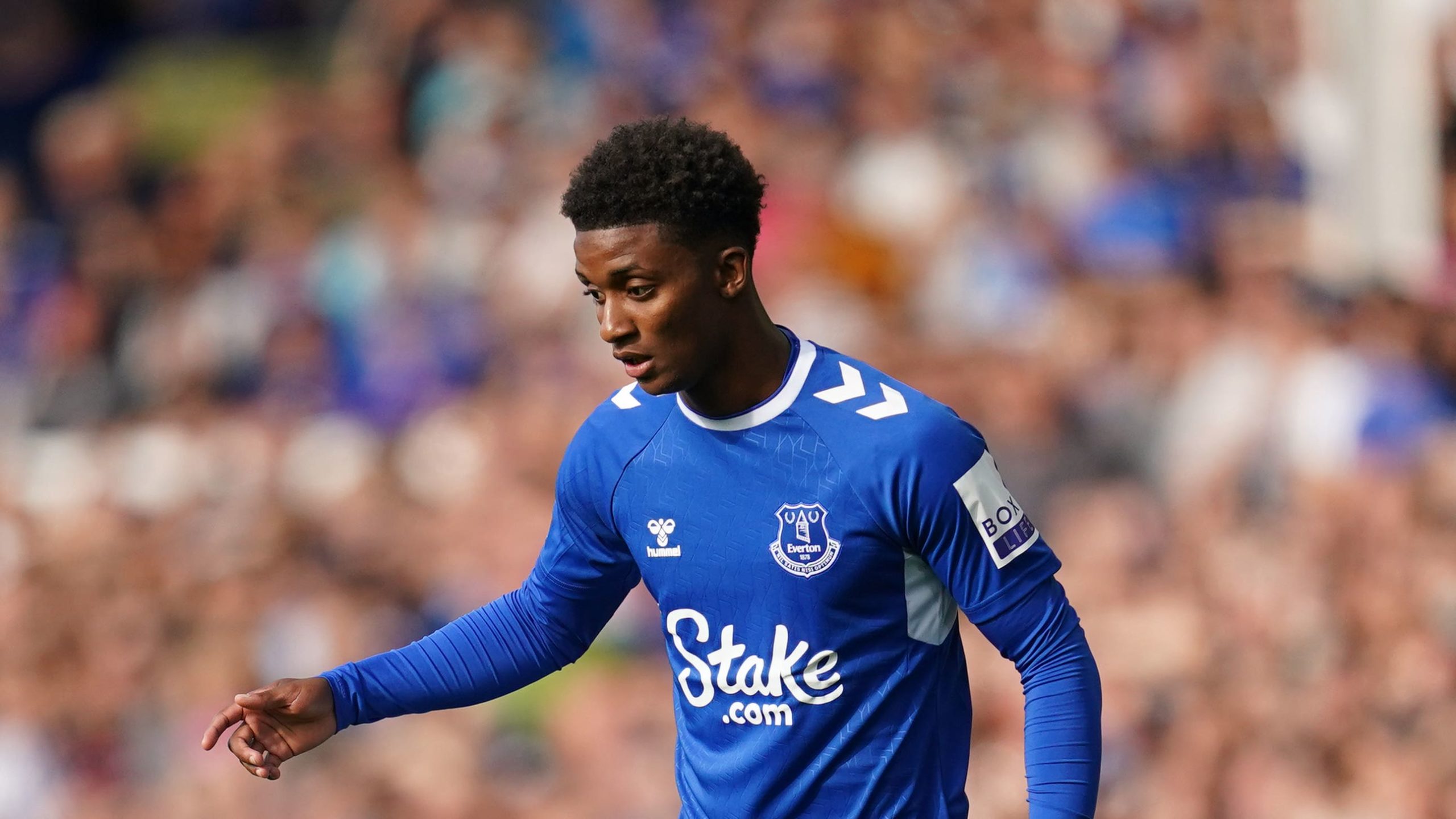 By By Andy Hampson PAAugust 20, 2022No Comments

Demarai Gray grabbed a late equaliser as Everton snatched their first Premier League point of the season with a 1-1 draw against promoted Nottingham Forest.

Gray latched onto a long ball with just two minutes remaining at Goodison Park to cancel out an effort from Brennan Johnson just seven minutes earlier.

Forest had taken the lead against the run of play but Steve Cooper’s side still caused the Merseysiders enough problems to feel a draw was the least they deserved.

Everton had their moments in attack but failed to create many clear-cut openings and had enough shaky moments to leave manager Frank Lampard with plenty to ponder.

Lampard had resisted the temptation to hand new signing Amadou Onana a first start but, after successive defeats, attempted to enliven his attack by asking Salomon Rondon to lead the line.

Anthony Gordon retained his place despite continuing speculation linking him with Chelsea while Dele Alli, another whose future is uncertain, was on the bench.

Buoyed by a vociferous home crowd, Everton made a confident start but Tom Davies spurned some early openings, shooting wide and twice failing to make strong contact on free-kicks clipped into the box.

Gordon, given a good reception by fans hoping to persuade him his future remains with the Toffees, forced Dean Henderson into a good save from distance.

Despite creating chances, Everton did not always look comfortable.

James Tarkowski was also caught in possession to allow Taiwo Awoniyi in on goal but Pickford again saved and the Everton keeper later denied Orel Mangala.

Gray was one of the hosts’ biggest threats and he fired a shot narrowly over after having a free-kick beaten out by Henderson.

Everton also started the second half strongly with Rondon turning sharply to shoot from a Davies pass but his effort went just wide. Gray also swung in a dangerous free-kick but Henderson pushed away and Forest cleared.

Everton turned to Onana and Dwight McNeil just before the hour, with Davies and Rondon making way, while Forest sent on their latest recruit, Morgan Gibbs-White, for his debut soon after.

Played was briefly halted for an injury to Henderson but the Forest keeper was not too badly hurt as, moments later, he produced a fine save to keep out a good effort from Gordon.

Everton had a moment of alarm when a shot from Ryan Yates took a deflection off Tarkowski and wrong-footed Pickford but it rolled wide. Williams also missed the target with a powerful drive.

Gordon created another opportunity for himself with a weaving run but shot at Henderson from the edge of the area.

The game burst into life in the closing 10 minutes as Yates forced a good save from Pickford but Johnson followed up on the rebound.

Everton redoubled their efforts and after Forest survived one scare after some pinball in the area, they finally broke through late on.

Gray was the quickest to a long ball from Pickford and calmly took it round Henderson to slot home.