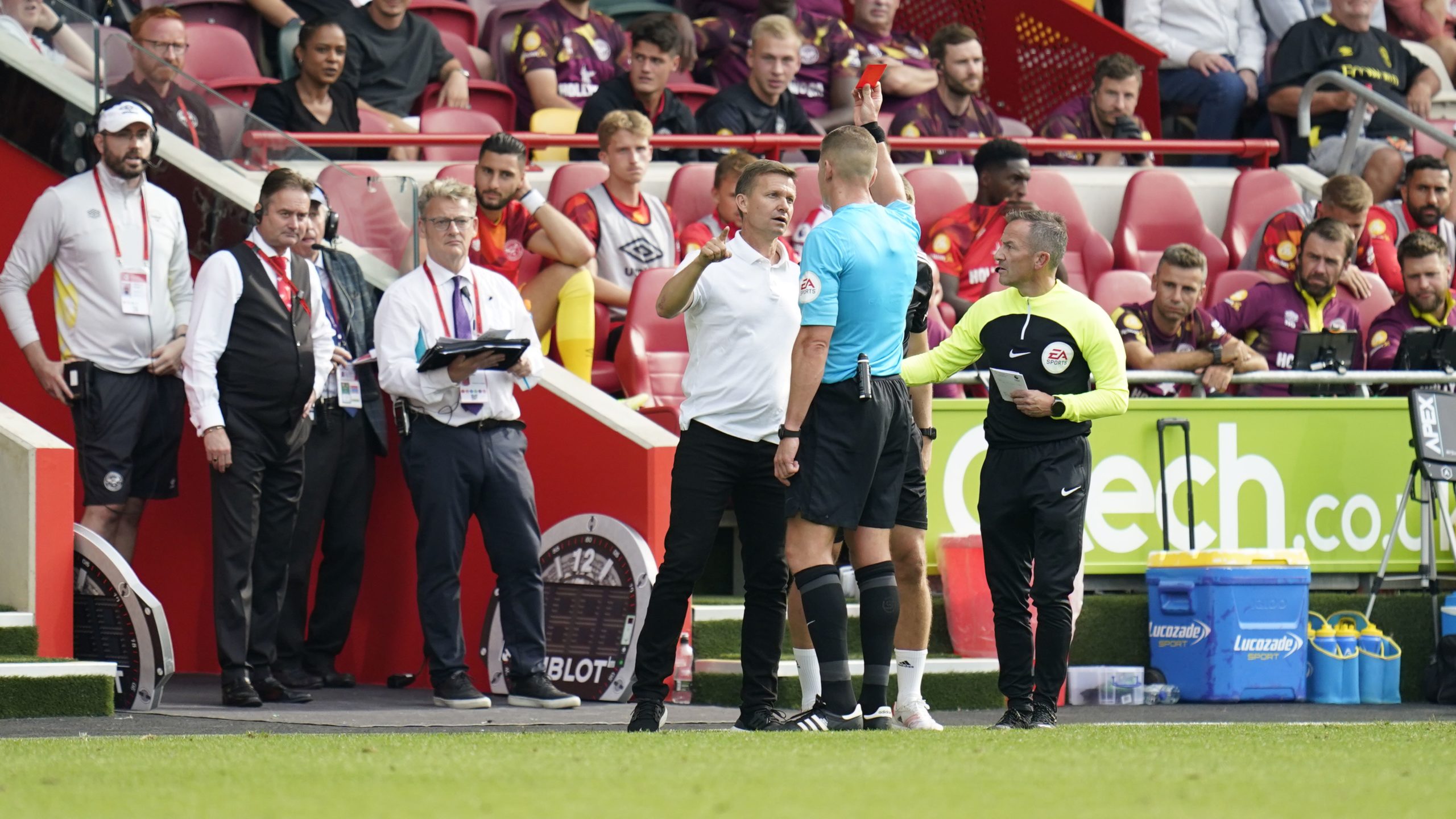 By By Jamie Gardner PA Chief Sports ReporterSeptember 6, 2022No Comments

Leeds head coach Jesse Marsch has been charged by the Football Association after he was sent off at Brentford on Saturday.

The American was furious after the VAR David Coote did not ask on-field referee Robert Jones to review a decision not to award a penalty to Leeds.

Whites player Crysencio Summerville appeared to be brought down by Aaron Hickey in the box. Earlier in the game, Brentford were awarded a spot-kick when Coote advised Jones to check for a foul by Luis Sinisterra on Ivan Toney.

An FA statement said Marsch had been charged with an alleged breach of Rule E3, and that his language and/or behaviour was improper. He has until Friday to respond, the FA said.

Marsch said after the match: “I’m clearly dissatisfied. I’ve got to figure out how to have discussions with the (Premier) League or with referees or something to help understand how some decisions get made.

“I was speaking with the fourth official, trying to be as respectful as I possibly could, even when a penalty was given that I probably didn’t think was a penalty. And then you don’t see it reciprocated, the respect.

“That’s what I would call it. That lack of VAR visit in the end to me is a lack of respect.”