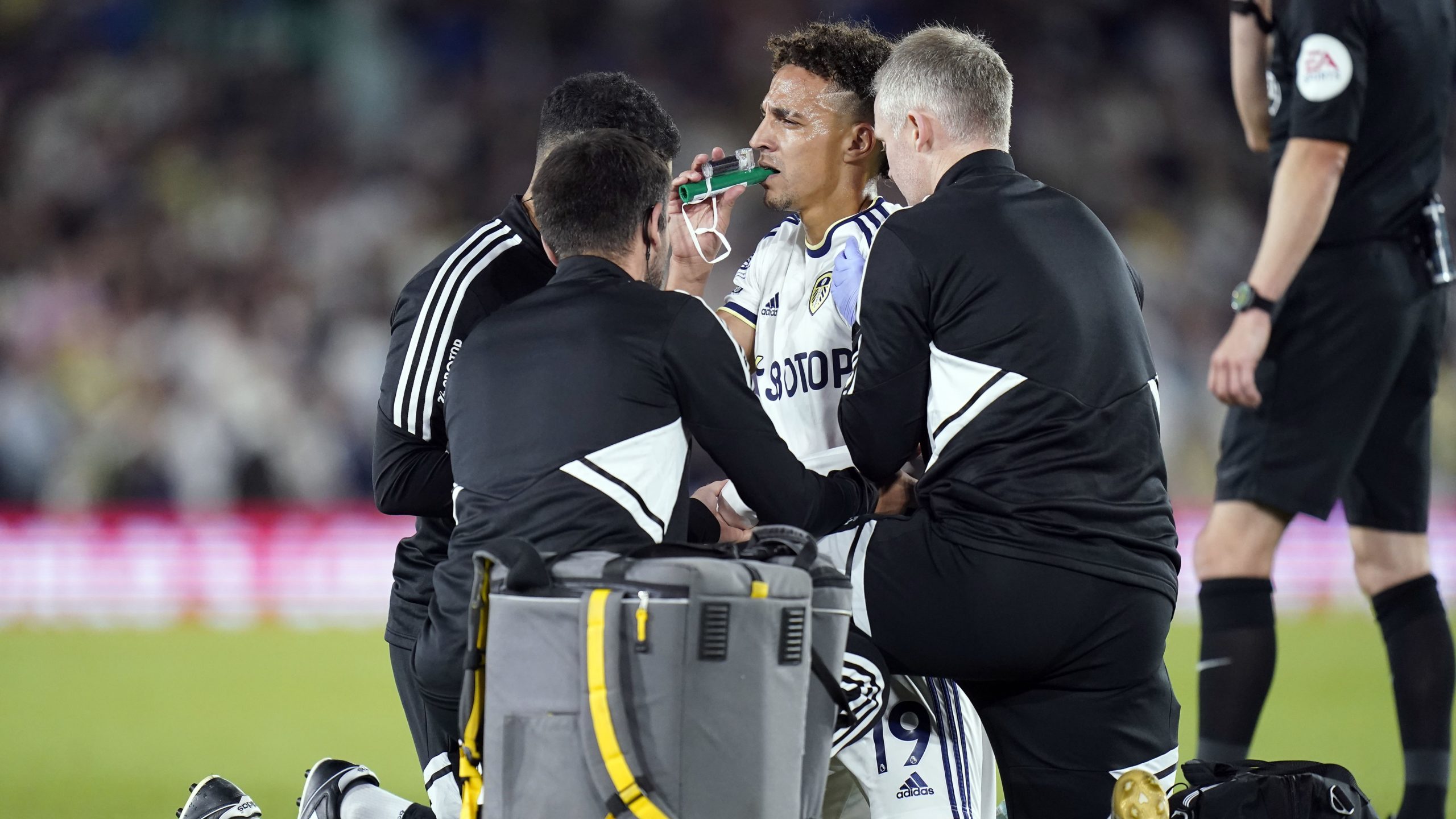 The Spain international is waiting for scan results and could be sidelined for several weeks after dislocating a shoulder in Tuesday night’s 1-1 home draw against Everton.

Joe Gelhardt replaced Rodrigo and later made way for Patrick Bamford, who stepped off the bench after recovering from his latest injury.

When asked if Bamford was ready to start, Marsch said: “Yeah, hopefully Saturday. But I think he’s in good shape. He feels good.

“So I think him starting on Saturday is a serious possibility. And then I think Joffy (Gelhardt) played well, so we can consider that as well.”

Rodrigo’s setback has put pressure on Leeds to step up their ongoing search for a new striker before Thursday’s transfer deadline.

Marsch, who confirmed Wolves’ Hwang Hee-chan had been a target for Leeds all summer, said Gelhardt’s impact against Everton – he was denied a goal by Jordan Pickford’s second-half save – had given him plenty to think about.

“I felt like getting Patrick in the game was important,” Marsch added. “And then we were debating – do we use Joffy a little bit deeper?

“Do we play with two strikers? But we thought a lot of the tactics at that time were effective.

“Joffy had one big chance, right? Maybe if he finishes that then… but I was trying to also figure out a way because I thought Patrick could make a play.

“So yeah, I’ll look at that and figure out how to continue to use our guys the right way.”

Everton manager Frank Lampard was frustrated his new striker Neal Maupay was ineligible after joining from Brighton on Friday.

But Lampard was pleased with his side’s display after Anthony Gordon’s first-half opener was cancelled out by Leeds winger Luis Sinisterra.

Everton came under severe pressure after the break, but had chances to win it – Anadou Onana’s second-half effort was cleared off the goal-line and Leeds goalkeeper Illan Meslier’s late save denied Nathan Patterson.

Patterson’s display, up against Leeds’ Jack Harrison, in a typically partisan Elland Road atmosphere, was picked out for special praise by Lampard.

“Jack Harrison is one of the best wingers in the Premier League – there’s no doubt in my mind,” the Toffees boss said.

“I played with Jack (for New York City) and his development is amazing. I wouldn’t fancy playing against him and I thought Patterson was superb.

“Not only did he protect in a (back) four and be nice and compact, when he had to get out and go one on one with Jack, he absolutely more than held his own.

“Then he ends up with one of the best chances of the game because he’s arriving in the box.

“He needs to keep on track because I thought he was outstanding.”