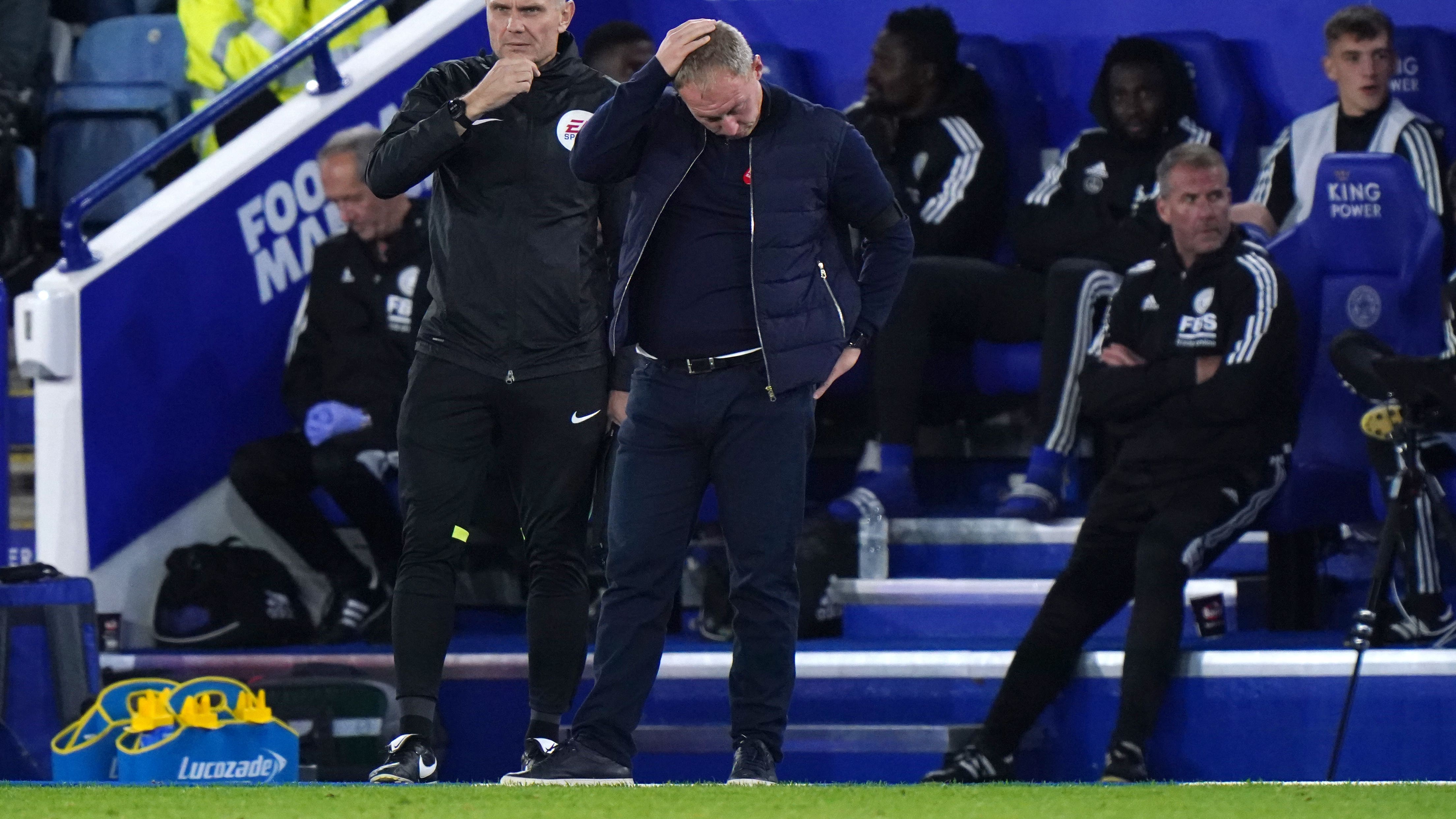 Nottingham Forest boss Steve Cooper is still haunted by his side’s 4-0 loss to Leicester in October and wants revenge on Saturday.

Forest were blown away at the King Power Stadium as the Foxes won their first game of the season and there were reports Cooper was going to be sacked before he went on to sign a new contract later that week.

The Welshman says that defeat was the nadir of his management career, but it did serve as something of a turning point as his side have only lost three of their 10 Premier League games since.

Cooper said: “I hope they will face a different Forest side – or certainly a different performance.

“I have said, ‘Do not look back’, but I do remember saying after that game that the performance was as far away from what I believe in, in all my years in management so far.

“We have to go and play well, we have to commit to it. Leicester have some really good players and Brendan is a really experienced manager and a good manager. It will be a tough game.”

That upturn in form has seen Forest climb out of the relegation zone and they appear to be in with a chance of surviving in their first season back in the top flight in 23 years.

But Cooper is not satisfied with their recent revival and is still reaching for more.

“I want more. We could easily have more points than what we’ve got which in some ways gives me good reassurance,” he said.

“But in other ways it frustrates me. I wouldn’t say I’m pleased. I’m not the opposite – there are no negative words to say about where we are at.

“But if I say I’m pleased that means we are saying we haven’t got to improve.

“We have loads of work to do. We have only won one game away. We played average against Wolves, even worse against Blackpool.

“I don’t want to paint a negative picture but we have to have this mentality of getting the most out of every single day – whether it’s teamship, tactical identity, physical preparation or mental state.

“We have to be obsessed with improving every day as that’s what it takes to be at this level.

“And particularly because of the new group. It’s not as new as it was but it’s not established yet.”