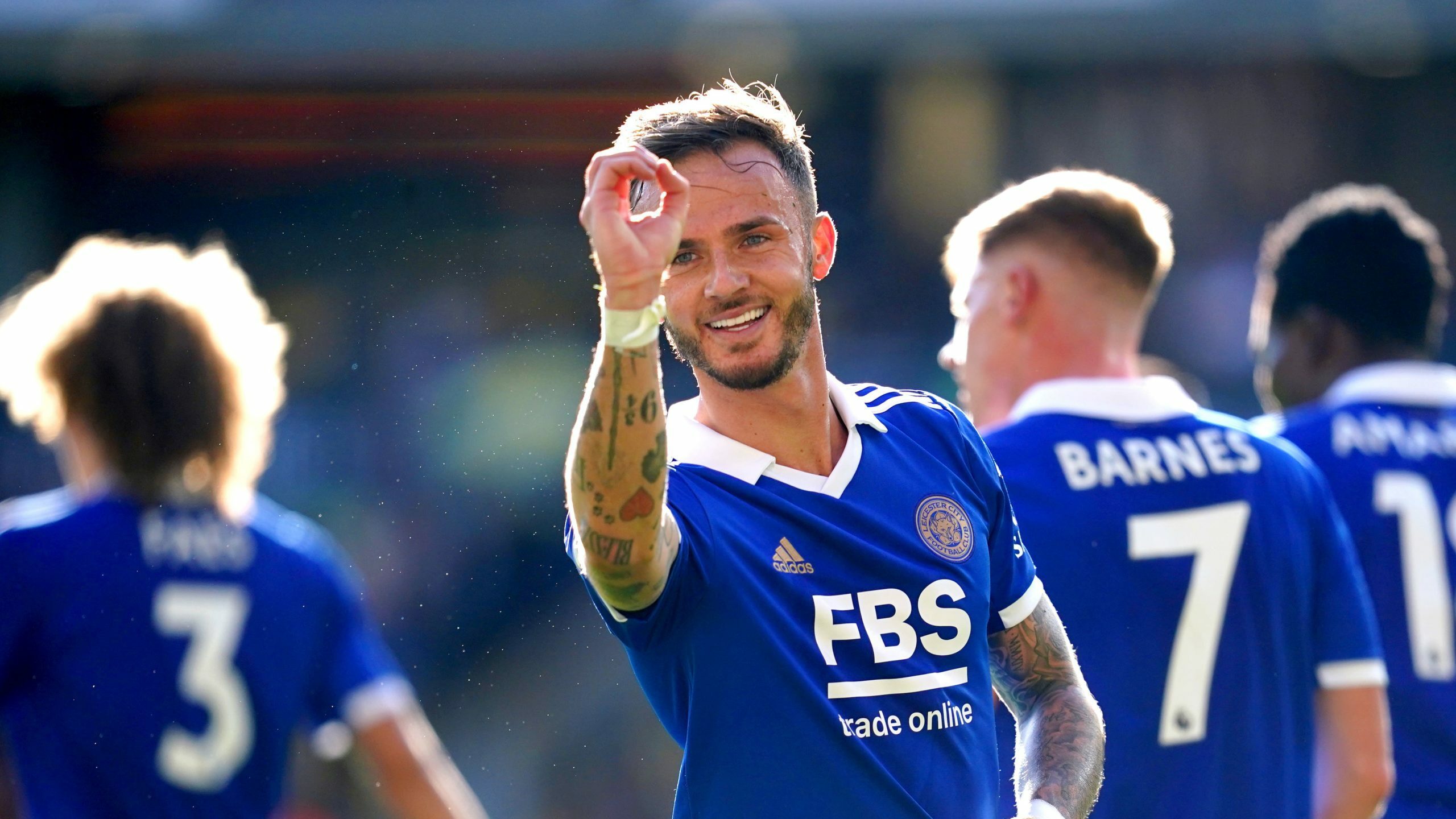 Leicester take their chances to earn thumping win at Wolves

Clinical Leicester ran riot to climb out of the drop zone and plunge Wolves into turmoil as Molineux threatened to turn toxic.

Youri Tielemans’ brilliant opener set the Foxes on the way to a rampant 4-0 win and their first away victory of the season.

Bottom of the Premier League at the start of the day, Leicester end it out of the drop zone – and two points clear – after crucial back-to-back wins.

Brendan Rodgers had warned of the harsh realities the season would bring after failing to significantly strengthen in the summer but the Foxes are now upwardly mobile after three wins from five games.

For Wolves, the signs are ominous. They failed to take their chances – despite 21 shots – and were punished in a wild opening which left them playing catch-up.

Managerless, having failed to persuade Michael Beale to leave QPR, with Steve Davis in caretaker charge until 2023 the season is unravelling as Molineux turned on the club’s hierarchy following a fifth defeat in six games.

Second bottom after losing such a crucial basement battle, it is increasingly hard to see a successful survival battle.

Little went right for the hosts in the first half even if they were on the offensive early and Diego Costa, looking for his first Wolves goal, had a shot deflected over.

Daniel Podence and Joao Moutinho also fired wide but Wolves found themselves 2-0 down inside 20 minutes.

There was little to suggest the Foxes – who had lost every away game this season – would take control so quickly but when it came it was emphatic.

Jonny dragged back Harvey Barnes after seven minutes to allow Maddison to swing in a free-kick from the left which was half-cleared to Tielemans 25 yards out.

The midfielder did not hesitate to unleash a stunning first-time half-volley which screamed into the top corner.

A second arrived after 19 minutes when the Foxes cut through Wolves with worrying ease and Barnes swapped passes with Kiernan Dewsbury-Hall to roll under Jose Sa.

In between, the hosts had created more chances, Danny Ward denying Matheus Nunes and Max Kilman nodding over, but with just five goals this season there was little hope of a comeback around Molineux.

Leicester had begun to stop the rot after losing seven of their opening nine games with a thumping of rivals Nottingham Forest at the start of the month and enjoyed another Midlands tussle, with Wolves’ defence far too accommodating.

Tielemans just missed Barnes’ cross as they exploited gaps at the back and the hosts’ early momentum disappeared.

It was replaced by anxiety and frustration, which only doubled when James Justin blocked Costa’s shot on the line five minutes before the break.

A fine Ward save denied Podence in first-half injury time and they at least kept pressing after the break with Ruben Neves sending a free-kick wide.

But the home fans turned on the club, most notably technical director Scott Sellars, and it got worse when Maddison added a third after 65 minutes.

The midfielder, back after suspension, grabbed his sixth goal of the season when he collected Vardy’s pass, held off Adama Traore, breezed past Nathan Collins and found the bottom corner.

The mood darkened further when Vardy grabbed his first goal of the season with 10 minutes to go, tapping in Timothy Castagne’s cross after Kilman’s wayward pass.