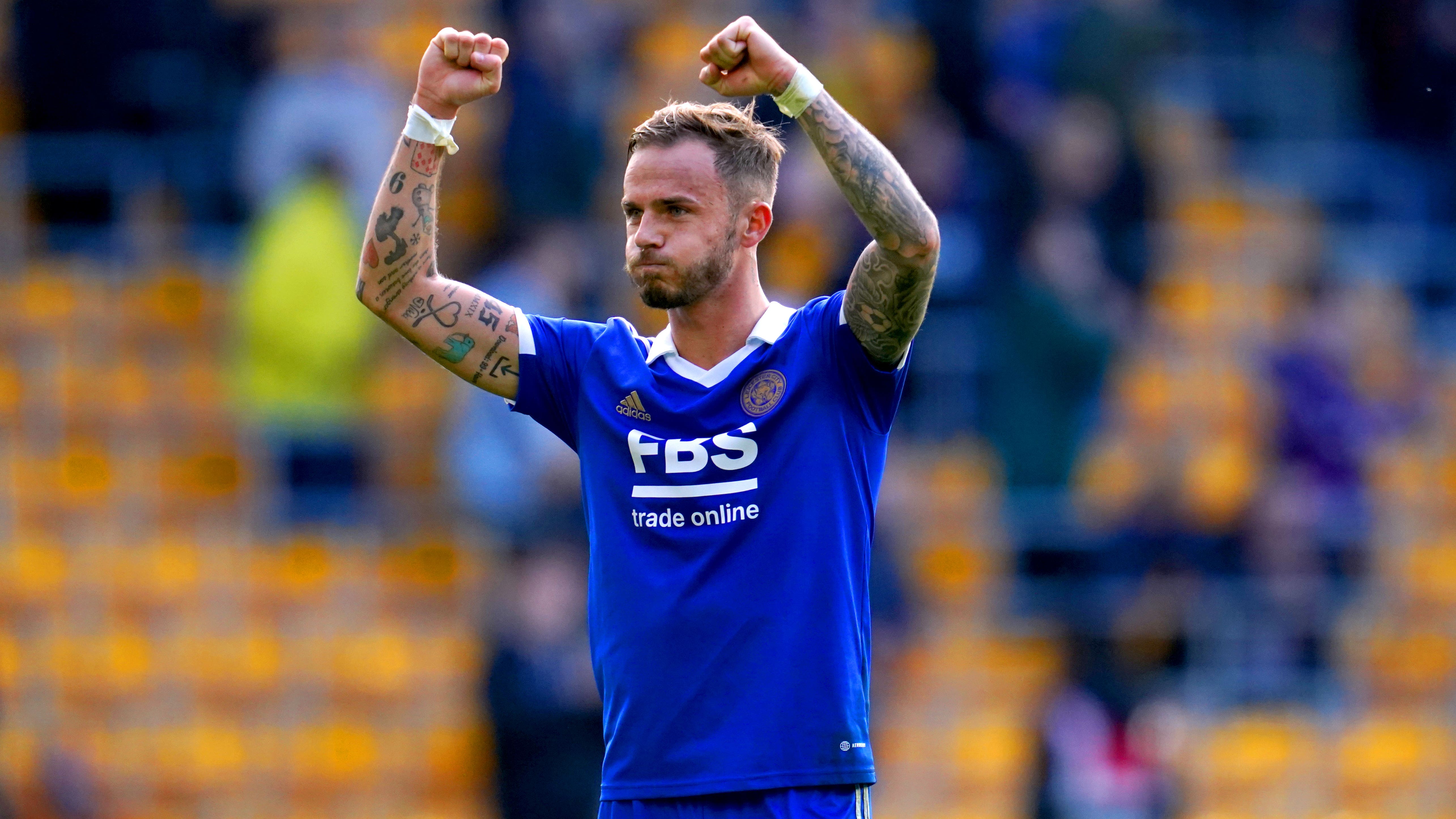 Leicester will give James Maddison until the last moment to prove his fitness for the Boxing Day clash with Newcastle.

The 26-year-old is struggling with the knee injury that hampered him during the start of England’s World Cup campaign and he did not feature in Tuesday’s Carabao Cup win over MK Dons.

He did not train on Friday and is in a race against time to be fit for Monday’s visit of Newcastle.

“We are going to give it every chance to see where he’s at,” boss Brendan Rodgers said. “He has had some ongoing issues with his knee for a little bit of time, so we will just assess that over the next couple of days.”

Despite the clamour for Maddison to be included in Gareth Southgate’s squad for the tournament in Qatar, the playmaker did not feature as England went out in the quarter-finals to France.

But Rodgers says his player is in good spirits and got a taste for the experience.

“Of course you would like to see the players get the opportunity, but I had a long debrief afterwards when he came back in, he was very grateful for the opportunity to be there,” Rodgers added.

“He knows if needed he was able to impact it. He has come away from that with great experience and even greater motivation to establish himself in the squad.

“He did a brilliant job leading into the World Cup to get himself into the squad and hopefully going forward he can use that experience of being there with the camp and look to be in a few more competitions.

“He has been consistent for 18 months now so hopefully, with availability, I have got no doubt about his talent, I am pretty sure we will see that same level.”

With the transfer window opening in just over a week, Rodgers is confident of having more success than they did in the summer.

They were only able to make one signing due to financial constraints and saw a number of players head in the opposite direction.

Asked if there were funds to spend, Rodgers said: “Most definitely, it was a challenging summer for us but come January we have looked at that and looked at what we have available and we will look to spend wisely.

“We have a couple of areas we would like to improve, we hope to be able to do that.

“There has been work going on behind the scenes so hopefully in January we can improve the depth of the squad.

“It is clear we have lost a number of our full-backs so we will look at the left-back position as an area to improve and also an out-and-out winger on the right-hand side is one we would definitely look at.

“It is a difficult market but there is always good players you can sign in January. It is not just about signing players, it is about signing the right one. And if the right ones are available we would like to be able to do that.”