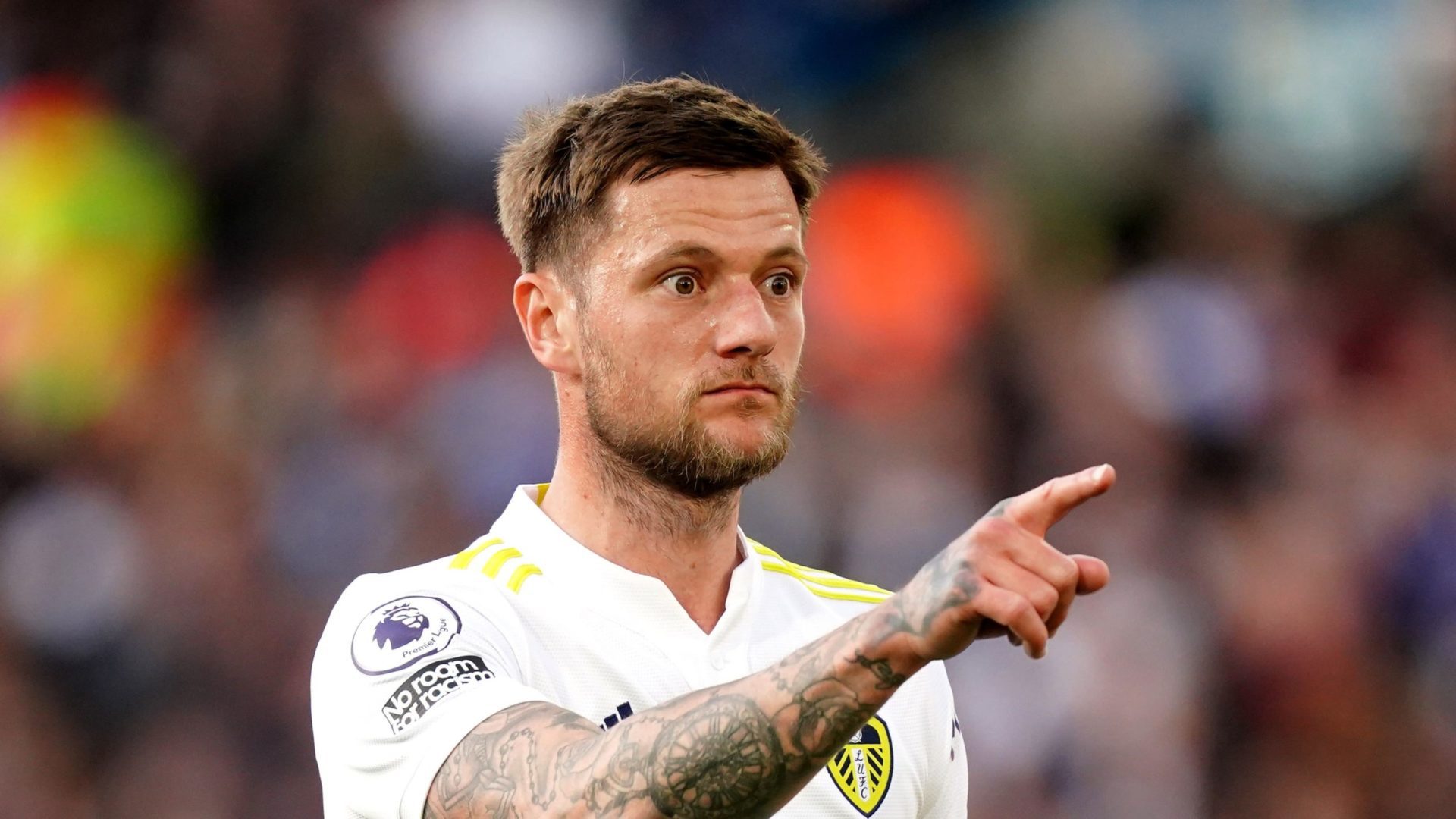 Leeds captain Liam Cooper is among a host of absentees for manager Jesse Marsch ahead of the Premier League opener against Wolves.

Having narrowly avoided the drop on the final day of last season, the Elland Road side have been active in the transfer market as they attempt to offset the exits of star men Kalvin Phillips and Raphinha.

Marsch has been delighted by the way his players have developed during his first pre-season in charge but Leeds will be without seven first-team players in Saturday’s season opener against Wolves.

“We’ve still got a good group,” the Leeds manager said.

“Dan James is suspended one more match, so he will be out this weekend. He will be playing 90 minutes tomorrow night in the (under-)21s match.

“And that was by his request, so I think that’s incredible and really good professionalism for him to know that getting 90 minutes is good for him.

“Liam Cooper has had an Achilles issue from his off-season programme and running on a treadmill and it’s taken him a long time to get back into training.

“This week he’s been on the pitch doing individual work, finally, but he will not be available this weekend. We’re hopeful by next week he’s in team training.

“Junior Firpo has had a scan today and he is ahead of schedule in where we hoped so we can be more aggressive with him, but I would say he’s still probably two to three weeks away from being match eligible.

“Adam Forshaw has made really good progress with a little bit of a knee MCL issue – it’s not a pure MCL strain, it’s a little different than that – but we’re hopeful that he will be training next week.

“Luke Ayling has made a lot of progress after his surgery and is ahead of schedule. We’re trying not to pressure him too much, but he’s showing really positive signs. He’s been on the pitch and we’re hopeful that he can be in training in a couple of weeks.

“Luis Sinisterra was on the pitch today and looking very good, getting closer and closer to his top speed, so I would assume that he will be in training next week and hopefully available for the weekend after. Let’s see.

“Stuart Dallas has made really good progress and has had a couple of check-ups after the severe surgery and they feel like he’s right on track and that he’s looking better and better, so that’s a good sign.”

Marsch said Polish youngster Mateusz Bogusz is also working back to fitness and revealed 19-year-old Dutch goalkeeper Dani van den Heuvel was involved in a serious accident over the summer.

“He had a car accident with the U20s in Holland and it was a pretty severe neck injury, where he broke some vertebrae,” the Leeds boss said.

“We were really worried about him, not even as a football injury but as a life situation.

“But he’s showing really good progress. He’s back in the gym and we’ll be ramping him up over time. But it’s probably a couple of months before he’ll be eligible to be training and ready to go.”

One player who is fit to start against Wolves is Patrick Bamford, who scored twice against Cagliari on Sunday as he completed his first 90 minutes since seeing an injury-plagued season ended with a foot issue in March.

“It’s been a huge week for him,” Marsch said. “He looks great. He looks fit, he looks strong, he looks sharp.

“The good thing as well as having Patrick closer and closer to 100 per cent is we’ve actually been able to work through what tactically we want him to look like. “