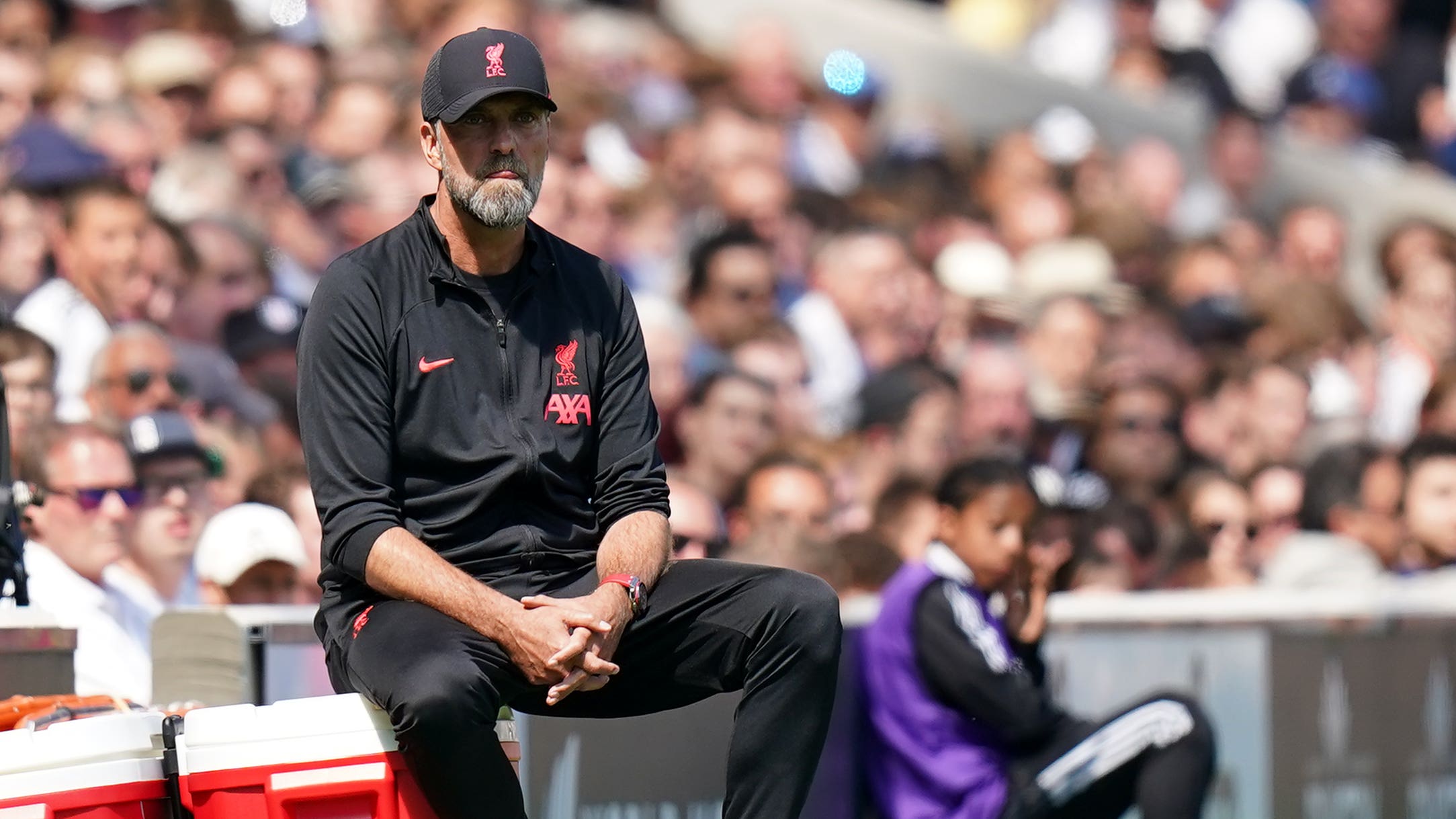 Liverpool manager Jurgen Klopp is adamant he can solve his midfield issues from within his squad and will not be resorting to the transfer market.

A hamstring injury to key man Thiago Alcantara in last week’s opening match at Fulham could sideline the Spain international for up to six weeks, adding him to a list which also includes Alex Oxlade-Chamberlain and Curtis Jones.

But Klopp insists they have explored all their viable transfer opportunities and he will not sign a player just for the sake of bumping up their numbers.

“Thiago is good but the injury is not good. I read four to six weeks, I would prefer four,” said the Reds boss.

“I am happy with the strength, size and quality of my squad. We have injuries, that’s how it is.

“Now it is the question how long the players will be out and the different solutions for it.

“It is easy to bring a player in but that doesn’t help even for a week for ‘some’ player.

In reality Klopp is missing only one of his first-choice midfield in Thiago, and providing Fabinho and Jordan Henderson remain fit he only has to fill one gap.

Naby Keita, who has been out with illness, is also back in contention and he gives Klopp the confidence to stick to his guns.

“In some cases it was not possible and in other cases extremely difficult. So that is why you don’t have to think a lot about it,” he said of potential transfers.

“If some things are not possible why should I constantly think, ‘Ah, but if we cannot then we cannot exist’. All the other solutions are inside the squad.

“If there was the right solution for us, we would have done it already. We are not stubborn and say, ‘No, no way, we don’t bring in anyone’. It is just the right thing to do.”

Just 12 months ago Harvey Elliott, who this week signed a new five-year contract, started in midfield for three of Liverpool’s first four matches as Thiago was unavailable and only a fracture-dislocation of his left ankle ended his run as he was sidelined for five months.

He has made two substitute appearances so far and could be the player to fill the Thiago void.

“Everybody has the chance to make the next step in their development,” said Klopp.

“Does he have to step up? Yeah, but like all the others as well. Filling in the gap? Actually, when you start with eight or nine midfielders they all have the same chance.

“We have injuries but I expect from the boys that over the time we work together, sooner or later they fulfil their potential. That’s what I’m looking for.

“Milly (James Milner) looks sharp when he comes on. Does he have to step up?

“So with the players we have there is still competition for places. If the boys need that to be at their best it would new to me, that we have to motivate them by telling them, ‘If you are not at your best then he will play’.

“It is not about stepping up, it is about being the best version of yourself or getting close to that and that is what all the boys tried, as far as I have seen at least.”