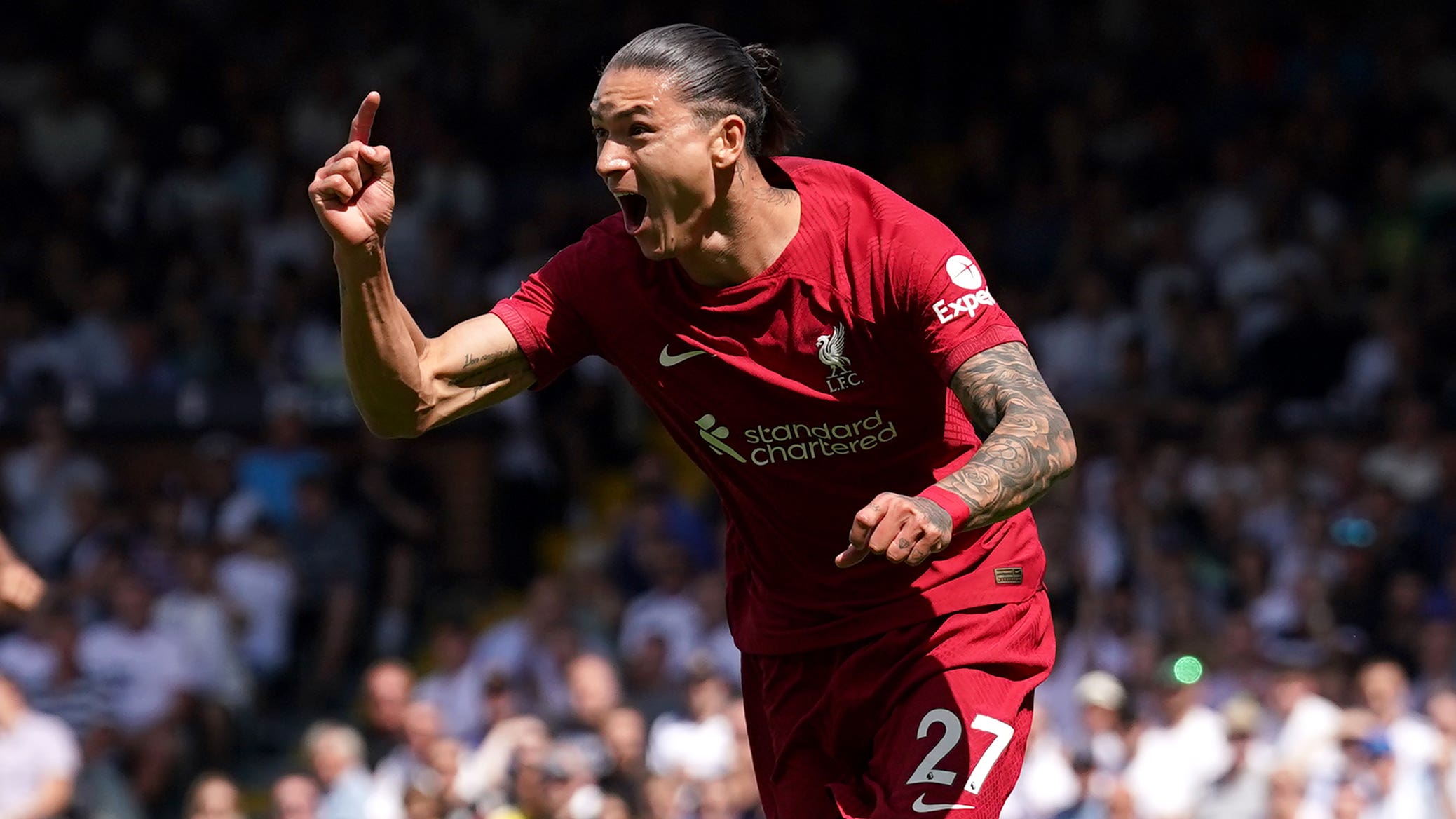 Liverpool manager Jurgen Klopp believes there are plenty of reasons to be optimistic about Darwin Nunez’s development at the club.

The Uruguay international put in his most encouraging performance in the midweek Champions League victory over Rangers since returning from suspension after a red card against Crystal Palace in only his third appearance.

And while he did not score, having found the net in his first two games, Klopp thinks the signs are there that he is getting to grips with his new team following his £64million summer arrival from Benfica.

“One of the things he showed so far in all the games he played (is) that he brings himself quite frequently in good finishing positions, which is actually the most important thing for a striker,” said Klopp ahead of the trip to in-form Arsenal.

“That’s why everybody should be, or could be, very optimistic about what’s coming from him in the future. That was absolutely good.

“I think he said himself, he feels the pressure. He needs to calm himself down but his movements are exceptional.

“If you could see him finishing in training, you’d think ‘oh my God!’. In the games, he’s in a bit of a rush and he just needs to calm down in those moments and use his full range of finishing.”

Following Tuesday’s win Nunez admitted his adaptation to English football had been difficult – not helped by his rash red card – with the language barrier still an issue.

Klopp has made allowances for the 23-year-old, as he does for all his new signings, but has been impressed by what he has seen from a player who could become the club’s record signing if he fulfils every clause of the deal with Benfica.

“He’s a kid, but a confident person as well, but not a grown-up man already, we all know that,” he added.

“It was not a perfect start. He has a three-game suspension and you can’t get rid of that. He’s an aggressive player, he’s emotional and it should never happen again.

“But I really like his movements, they are really good and natural. That’s something we didn’t have before. That’s what I like and why I’m sure everything will be fine.”

Klopp accepts that Nunez’s introduction has not been helped by his side’s stuttering form.

“What is the worst situation when you come in as a striker?” he added.

“That your team is not playing exceptionally well because you depend on the things they bring to you.

“We need to perform consistently to our level and beyond and then you need a striker to finish off all the things we create.”