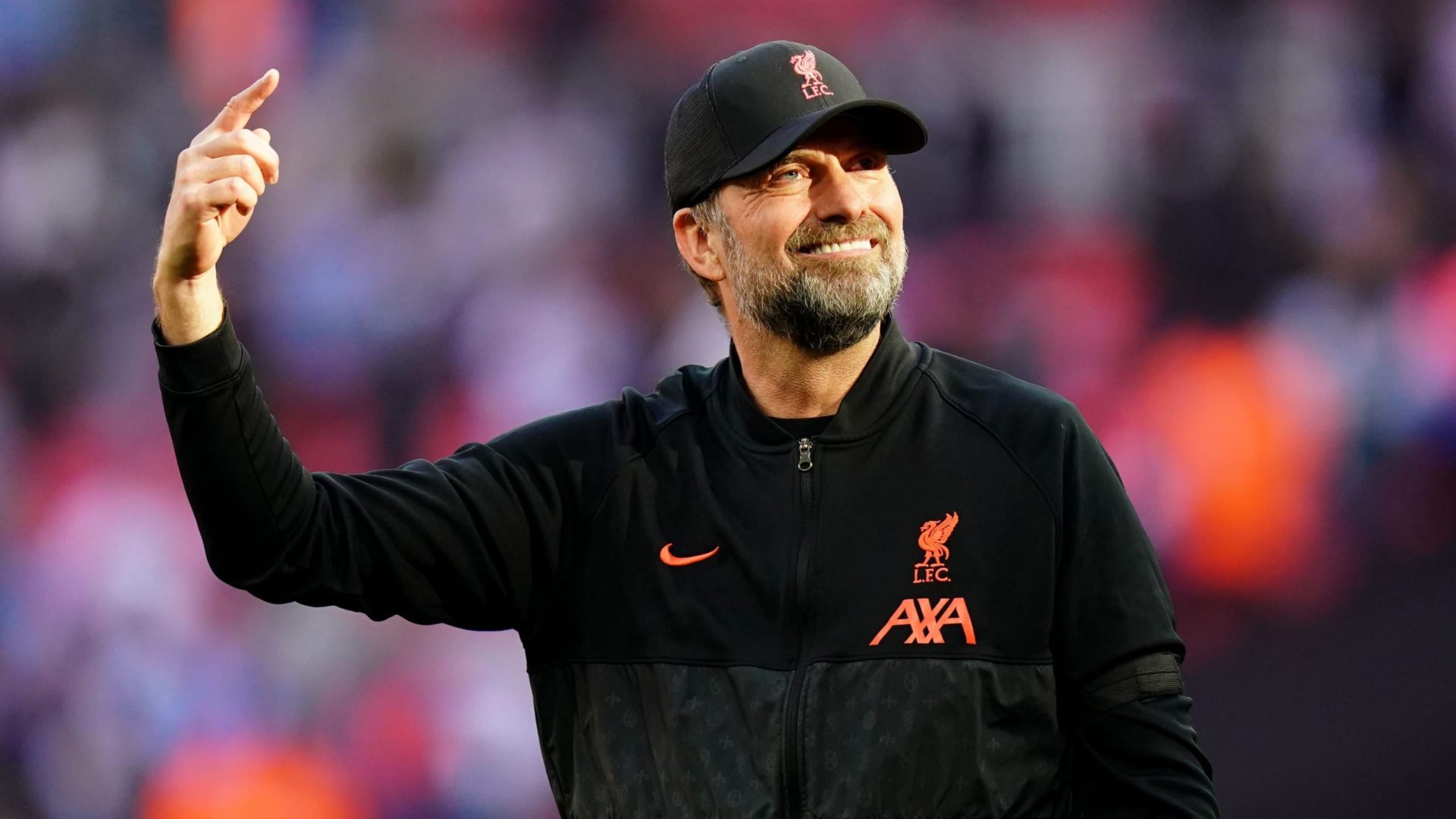 Liverpool boss Jurgen Klopp has been named League Managers’ Association Manager of the Year and also collected the Premier League award at a gala dinner in London on Tuesday evening.

The Reds won both the Carabao Cup and FA Cup after beating Chelsea following a penalty shoot-out at Wembley on each occasion – but saw Manchester City finish a point ahead of them to claim the Premier League title on a dramatic final day of the campaign.

Liverpool will aim to add the Champions League trophy to their haul when they meet Real Madrid in Paris on Saturday.

Klopp also received the LMA’s Sir Alex Ferguson Trophy, which is voted for by the full membership of managers across all the divisions.

“It is a great honour and it was an insane season,” Klopp said.

“The last matchday when only two games were meaningless and in the rest, we all played for absolutely everything.

“It was not the best outcome for us, but we are already over it.

“When you win a prize like this you are either a genius or you have the best coaching staff in the world – and I am here with all of my coaching staff, they know how much I appreciate them.”

Klopp had also won both of the LMA accolades in the 2019-20 campaign, which was interrupted by the Covid-19 pandemic.

“This (Sir Alex Ferguson Trophy) being voted for by my colleagues is obviously the most important prize you can get,” the German said.

“I don’t believe in individual prizes in football generally, it is a team sport and I would be nothing without these boys there. It is all about what we can do together and what we did together.

“We knew that we would be better this season, but had no idea we would be consistently better and I am really proud of the boys for what they did.

“We live in a world where second place will not be remembered – because of the other guys from Liverpool, you have to win all of the time – and Pep Guardiola deserved that obviously with Manchester City.

“Now we have the chance to play against the most experienced Champions League team and manager, but we were there now (in the final) in three of the last five years, so we will give it a try.”