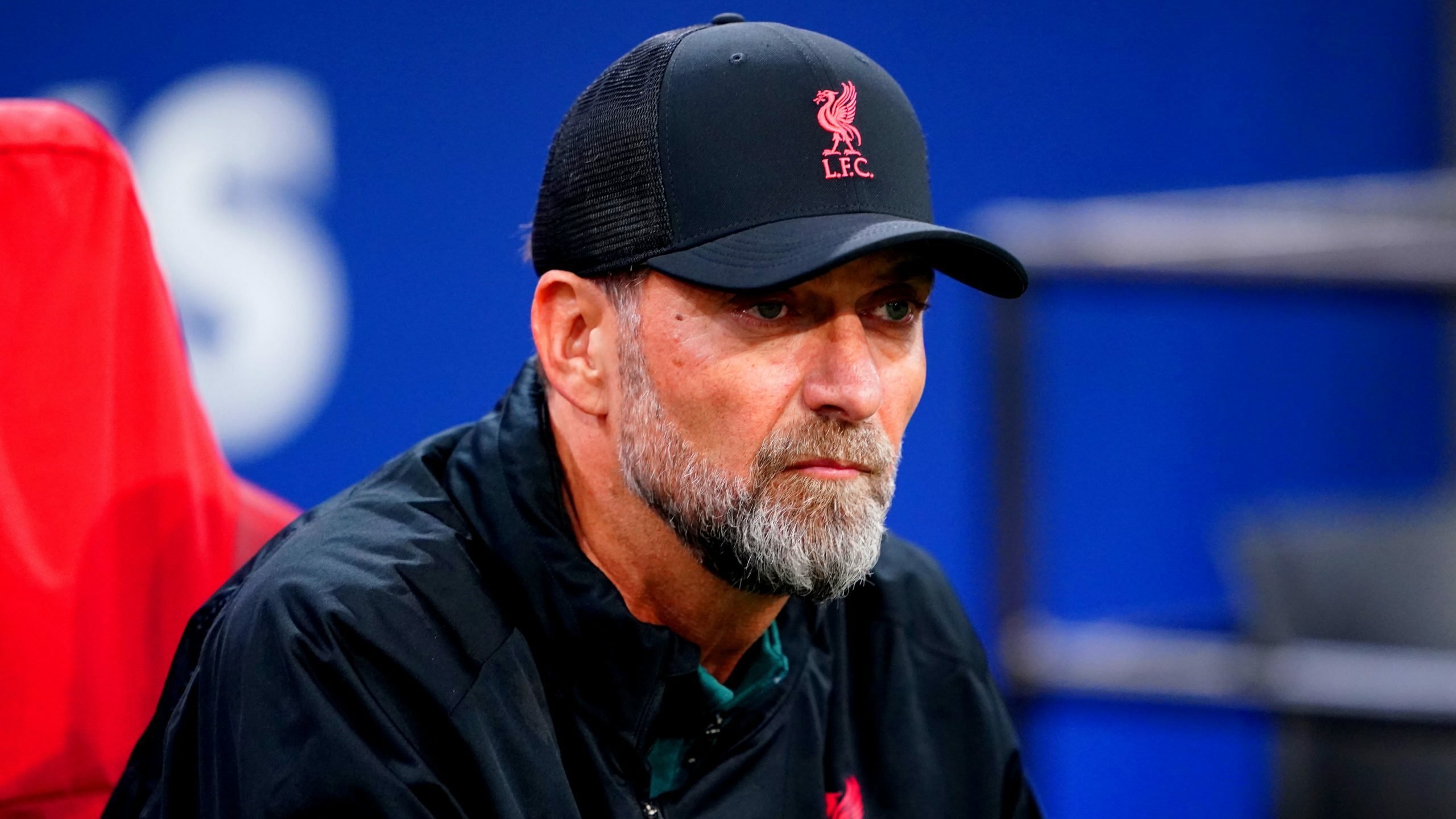 By By Carl Markham PANovember 2, 2022No Comments

Liverpool manager Jurgen Klopp’s tactical tinkering may not be over despite Mohamed Salah expressing a preference for a return to their tried and trusted formation.

The late 2-0 Champions League victory over previously unbeaten Napoli was achieved after Klopp reverted to their familiar 4-3-3 system which put Salah back out on the right wing.

It is a role the Egypt international is more comfortable with having scored the vast majority of his 168 goals for the club coming in off that flank, including the important breakthrough against the Serie A leaders at Anfield.

But in an attempt to correct defensive deficiencies elsewhere, Klopp has employed a couple of versions of 4-4-2 and it has produced five wins in eight matches, although that included back-to-back Premier League defeats to bottom sides Nottingham Forest and Leeds.

Available personnel – primary left-sided forwards Luis Diaz and Diogo Jota are both sidelined until after the World Cup – has played a large part in how the team has lined up and that has seen Salah playing more centrally.

It has not done his form much harm as his goal against Napoli was his ninth in the last 11 games, and while Klopp accepts three up front has been their best long-term solution, the Napoli result does not necessarily mean it is back to stay.

“We didn’t do that (defend) that often when we played it recently, that’s why we had to change a couple of things – to give the boys a few new things to think about, a few new pieces of information and all these kind of things.

“It was always on the table for us; it doesn’t mean we will play it from now on all the time.

“No decision made. We will see what we will do against Tottenham (on Sunday) but it was never off the table this system, it was just that we had to change a little bit to give ourselves a new impulse and to feel the defending stuff again in a new way. That’s sometimes how it works.”

Summer signing Darwin Nunez has mainly operated through the middle, either alongside Salah or on his own, but he has also been asked to run the left channel, as he was after coming off the bench against the Italians to score in added time.

A fit-again Curtis Jones was initially deployed there in a position more advanced than he is used to, while youngster Fabio Carvalho has also played on the left and Klopp also believes Alex Oxlade-Chamberlain can do a job there.

Salah, who equalled Steven Gerrard’s club record of 41 European goals, believes 4-3-3 brings the best out of him, however, and would like to see a regular return.

“I’ve played that position for five or six years so I have to say, yes, that is the best for me,” he told BT Sport.

“But I’m not the manager – the manager decides the tactics and as a player, you have to follow the leader.”

“We had good games in the other system, especially in the Champions League, where we played really well in a 4-4-2, for example,” he added.

“That’s the only positive thing that happened so far in the season, that we played and won in different systems. Not often enough, but at least a couple of times.”

Another positive to come out of the Napoli game was a long-awaited debut for right-back Calvin Ramsay, a £6.5million summer arrival from Aberdeen, following his recovery from an injury.

“It’s just a dream come true, something I’ve dreamed of as a little kid. To actually be playing in the Champions League, it’s just amazing,” said the 19-year-old Scot.