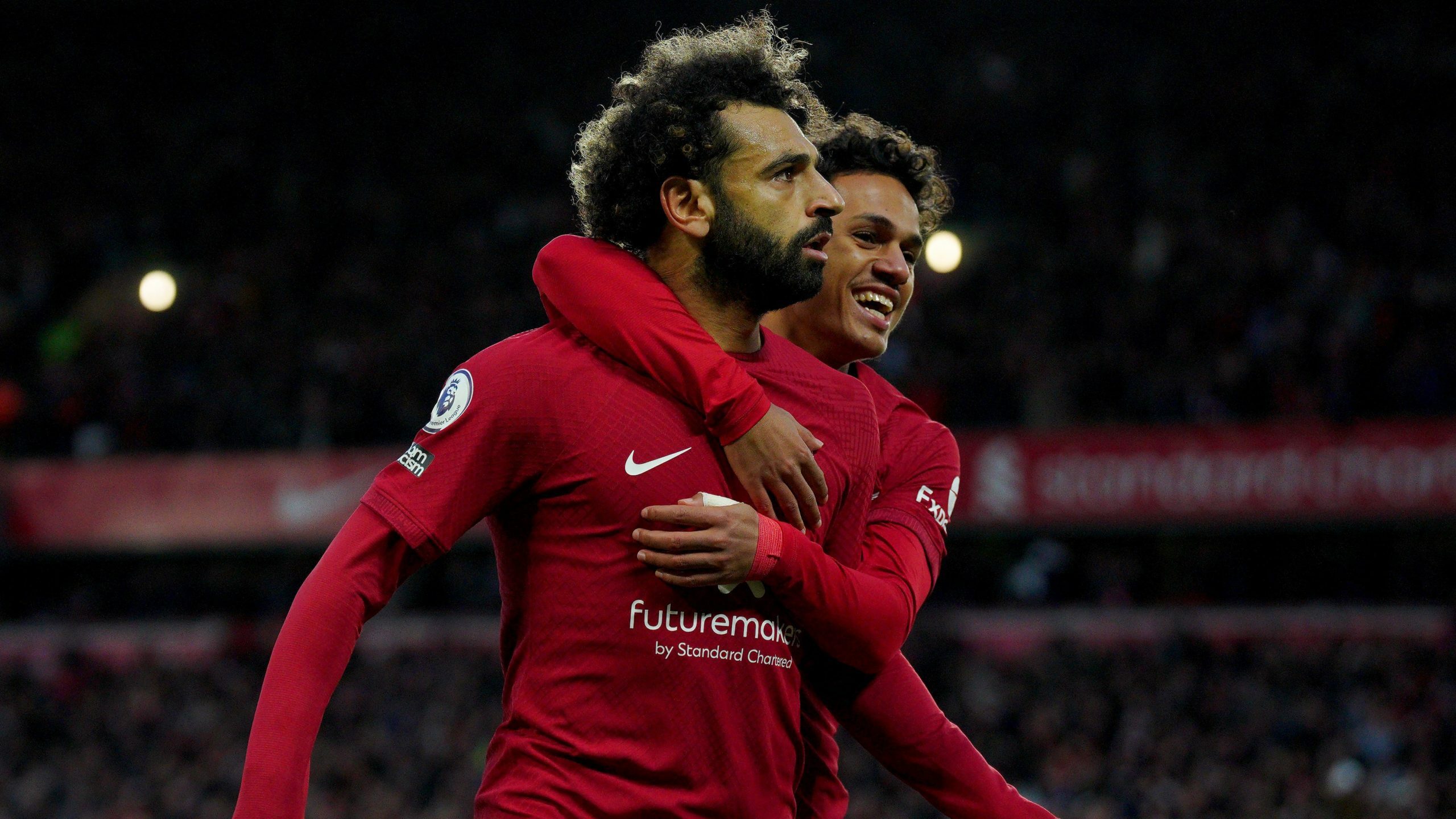 By By Carl Markham PAOctober 16, 2022No Comments

A magical moment of individual brilliance from Mohamed Salah inflicted Manchester City’s first competitive defeat of the season as Liverpool won 1-0 at Anfield in a game which saw manager Jurgen Klopp sent off.

City have been bringing out the best of their north-west rivals for the last five years with some epic title races, but on this occasion that energy was boiled down into 90 pulsating minutes.

Klopp’s side had been timid, lethargic and vulnerable on numerous occasions this season – leading to the German accepting they are not currently in the title race – but this performance was anything but.

It was the Liverpool of old, tenacious, positive and aggressive – although too aggressive from their manager whom referee Anthony Taylor sent from the touchline after he blew a fuse at the official’s refusal to give a foul against Salah.

The Egypt international had already done the crucial damage, however, with a lightning-quick goal which caught City cold.

As soon as Kevin De Bruyne’s 76th-minute free-kick was in the hands of goalkeeper Alisson Becker, Salah was on the move, allowing him to expose Joao Cancelo one-on-one 15 yards inside the opposition’s half.

When the offensively-minded defender tried to nick the ball, Salah rolled him, raced away and confidently struck an 11th goal of the season.

City had their moments, as they always do, but for once goal-machine Erling Haaland’s radar was off as Alisson became only the third goalkeeper – and second one from Liverpool – to shut out the Norway international.

Adrian, the Reds’ third-choice did so in their FA Community Shield victory, and so did Bournemouth’s Mark Travers.

The result still left Liverpool 10 points behind second-placed City, but the impact of it felt seismic in terms of the Merseysiders’ season.

Even off the back of a 7-1 Champions League win over Rangers they went into the game with a degree of trepidation considering their sketchy form and the selection of 36-year-old James Milner at right-back after injury to Ibrahima Konate meant more defensive upheaval.

The first half was entertaining without being truly exciting as Liverpool defied their recent troubles and not only took the game to their opponents but controlled it for large periods.

That did not mean City were not without their threat and Haaland was presented with a few half-chances and would have been disappointed not to score from two far-post headers from De Bruyne crosses.

Liverpool had only one effort on target in the opening 45 minutes but Diogo Jota could also have done better with his header he directed straight at Ederson from Harvey Elliott’s cross.

But what was apparent from this performance which was not on a number of others this season was Liverpool’s willingness to put in a shift.

The 19-year-old Elliott, somewhat surprisingly preferred to captain Jordan Henderson in midfield, has been criticised for his lack of defensive capabilities but his awareness and discipline were a feature which were replicated in other areas.

Virgil van Dijk finally looked like the world-class defender of old, marshalling the backline with calmness and authority, while even Milner levelled things up against Phil Foden.

But City cannot be kept quiet for too long and the second half was a far more open affair.

Elliott and Roberto Firmino combined to send Salah haring through and he outpaced Nathan Ake but what looked like a certain goal was denied by the faintest of touches by Ederson, not spotted by Taylor who awarded a goal-kick.

Haaland shrugged off Fabinho to set up the move which saw his shot saved by Alisson, only for Foden to force home the rebound past Joe Gomez on the line.

Liverpool’s players were incensed as they felt the Norway international had committed at least one if not two infringements as he also appeared to take the ball out of the goalkeeper’s hands and VAR official Darren England agreed, sending Taylor to the monitor to reverse his decision.

Guardiola was apoplectic at the outcome but Jota heading over from Salah’s cross gave him more cause for concern.

The game ignited, the atmosphere cranked up a couple of notches and so did City’s intensity, with Alisson sticking out an arm to deny Haaland again.

Klopp’s substitutions, three of them in the 72nd minute, were positive, with Darwin Nunez, Fabio Carvalho and Jordan Henderson coming on and Salah getting some new instructions from his manager.

Whatever he said it was effective as within four minutes the Egypt international had breached Ederson’s goal in front of the Kop with the perfect counter-attacking move.

Anfield exploded, but with emotions running high, Klopp was dismissed for angrily protesting that Taylor did not give a foul on Salah against Bernardo Silva.

Van Dijk blocked what could have been the equaliser from Haaland but as City pushed hard Liverpool remained resilient, breathing new life into a stuttering season.