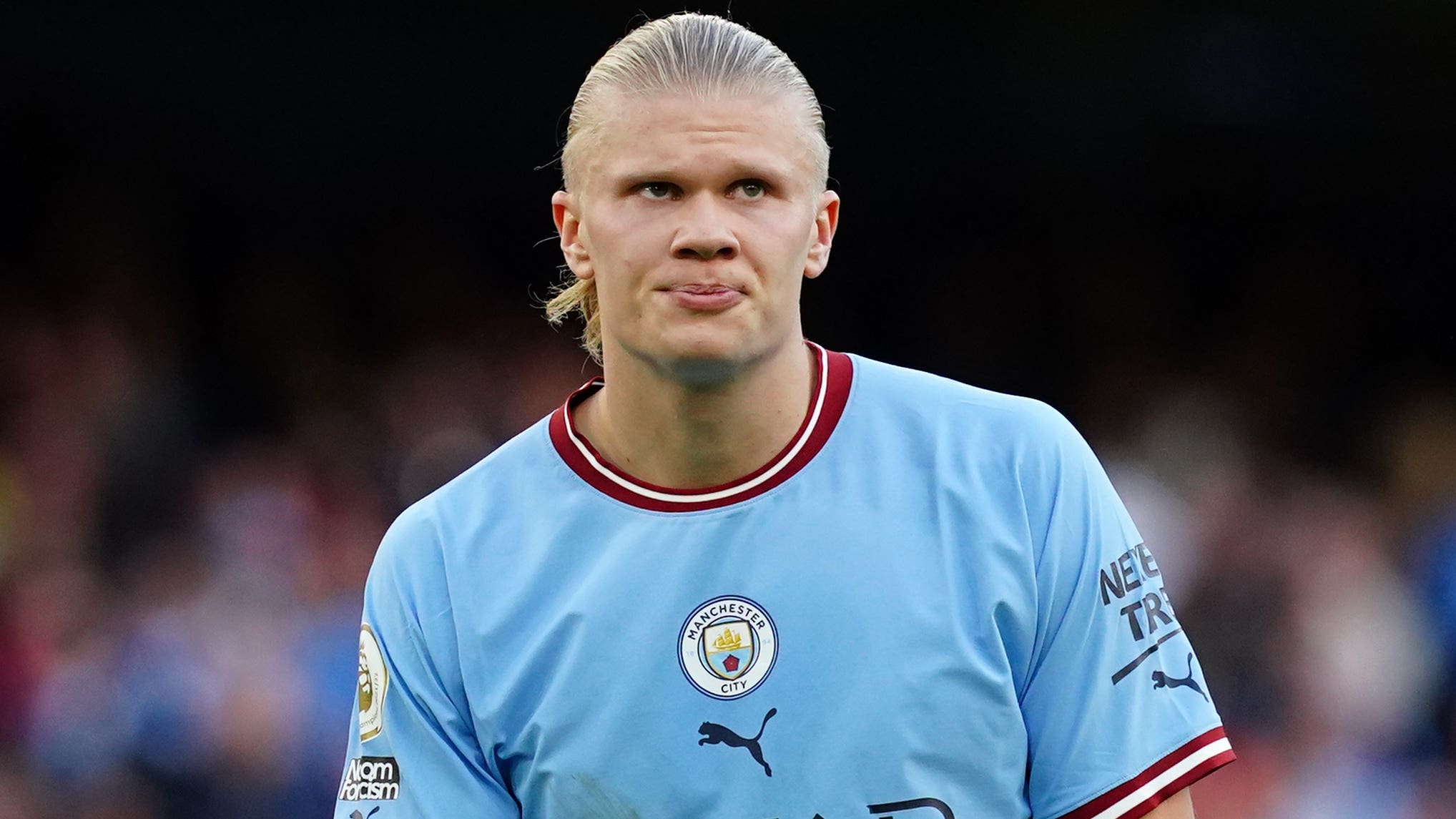 The Norway international has scored 20 times this season, including 15 Premier League goals, and will pose a major threat when the two sides meet at Anfield on Sunday.

Liverpool kept Haaland at bay in the FA Community Shield before the campaign kicked off but, having got into his stride, the 22-year-old is now a different prospect, already averaging a goal every 52 minutes in all competitions.

“Like always when you play against the best striker in the world, you have to make sure he doesn’t get that many balls,” said Klopp.

“That is what you have to defend before you come into the challenge with him so that is what we will try.

“But against City the problem is if you close Haaland down with too many players then you open up gaps for all the other world-class players so that will not make life easier.

“It’s a challenge, a football problem but we try and find solutions.”

Liverpool have faced Haaland on two other occasions prior to this season when they came up against Red Bull Salzburg twice in the Champions League in 2019.

But even against a then raw 19-year-old they could not stop him scoring.

“When he was very young you could see the potential. It was insane,” he added.

“I don’t think he started against us in the home game, he was injured and came on but we were already pretty busy with thinking about him and how can we shut him down. He scored anyway.

“Physically he sets new standards, the combination of being really physical and technical, his orientation on the pitch is exceptional – he knows always where the decisive gaps are and is barely offside – so many things for making a striker.

“(He has) some of the best players around him in the world in setting up goals and finding the right moments for the passes: Kevin De Bruyne, Ilkay Gundogan, Bernardo Silva, Phil Foden, (Riyad) Mahrez – they are all really good at that so it’s a perfect fit, no doubt about that.”

Klopp can at least take some comfort from his main man up front Mohamed Salah getting back among the goals.

The Egypt international scored a hat-trick in just over six minutes in the 7-1 Champions League drubbing of Rangers to make it five goals in as many appearances.

“It helps for sure. Definitely,” said Klopp on the confidence boost it provided.

“What can I say, the best thing you want for your strikers is that they score and they all scored or were all involved in goals and that’s good.”

Salah’s introduction as a 68th-minute substitute saw him operate centrally in a 4-4-2 formation.

The 30-year-old has played as the spearhead of the attack occasionally for Klopp but the Reds boss did not believe the switch in position made that much difference as they were playing against opponents who were rapidly capitulating.

“In this game it was the change we made because Mo came on and Harvey (Elliott) stayed on the pitch and we didn’t change systems,” said Klopp.

“He can play that position but he can play the wider position as well. It is in the moments when he finished the situations off he was more central, that makes sense.

“But it was still his space, especially for two goals. He was more flexible and that flexibility is what we need in our offensive moments but it is not so different.

“I don’t think it had too much to do with the position. You need to be flexible, to fill up the spaces, you need to force the defensive players to react in different scenarios.

“It is quite comfortable when you are always in the same space as an attacker as the defender knows when the ball is coming ‘I can be there’.

“If we are more flexible it makes it immediately much more difficult and that was really good in those moments.

“But I think two of the moments were still in his position, so nothing special.”