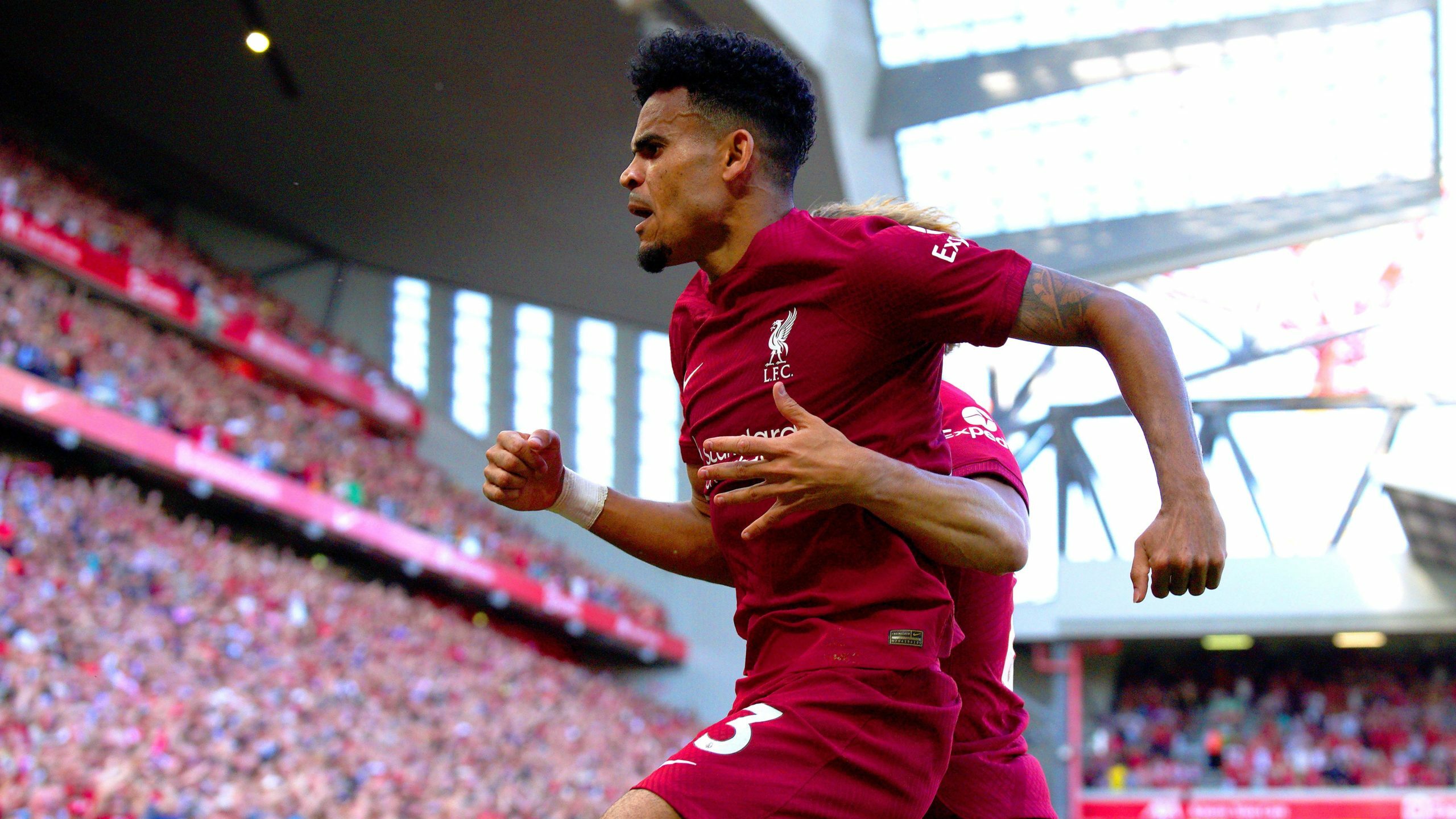 Liverpool equalled the biggest win in Premier League history as they thrashed Bournemouth 9-0 at Anfield.

Jurgen Klopp’s side had come under fire after a winless start to the season, but responded to Monday’s defeat at Manchester United in thrilling style.

Roberto Firmino and Luis Diaz both scored twice and Harvey Elliott, Trent Alexander-Arnold, Virgil van Dijk and Fabio Carvalho were also on target, while Chris Mepham diverted the ball into his own net early in the second half.

Liverpool equalled the 9-0 wins twice achieved by Manchester United – against Ipswich in 1995 and Southampton last season – and Leicester, against the Saints in 2019.

Erling Haaland scored his first Premier League hat-trick as Manchester City hit back from 2-0 down to beat Crystal Palace 4-2.

Palace won 2-0 at the Etihad Stadium last season and deservedly led by the same score at the break this time through John Stones’ own goal and Joachim Andersen’s header.

Bernardo Silva pulled one back for City early in the second half before Haaland struck three times in 20 minutes to make it six in his first four Premier League matches.

Arsenal also came from behind to beat Fulham 2-1 and maintain their 100 per cent start to the campaign.

Gabriel Magalhaes went from zero to hero as he atoned for gifting Fulham striker Aleksandar Mitrovic the opener by scoring the winning goal in the 86th minute.

Mitrovic’s strike was his 100th for the club but it only gave them the lead for eight minutes before Gunners captain Martin Odegaard’s deflected strike made it 1-1.

Bruno Fernandes’ second-half volley maintained Manchester United’s revival as they beat Southampton 1-0 at St Mary’s for their second win of the week.

In a tight contest, with both sides missing chances in a goalless first half, Fernandes fired home what turned out to be the winner 10 minutes after the break.

Tuchel was serving a touchline ban, while Gallagher was sent off in the 28th minute after two yellow card offences on Harvey Barnes.

Sterling’s deflected effort put Chelsea ahead early in the second half and the £50million summer signing struck again just after the hour-mark before Harvey Barnes pulled one back for Leicester.

Anthony Gordon’s neat first-half finish put Everton in front, but Janelt levelled in the closing stages for the Bees, who struck the woodwork three times through Mathias Jensen, Ivan Toney and Christian Norgaard.