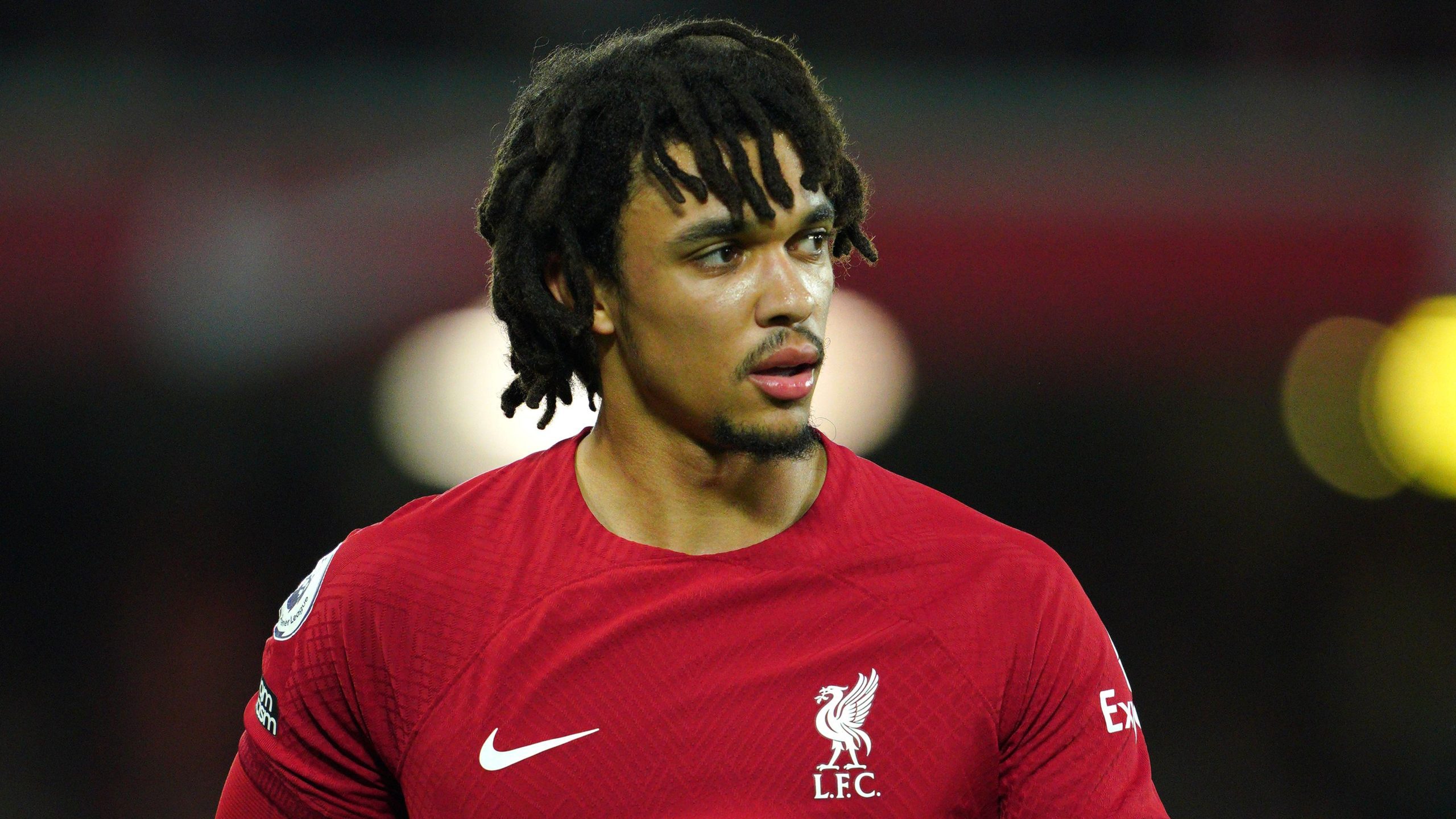 Trent Alexander-Arnold says Liverpool believe in themselves but admitted it is clear “something’s not going right” at the moment.

The Reds on Saturday suffered a second successive loss in the Premier League to a struggling side, being beaten 2-1 at home by Leeds a week on from the 1-0 reverse at Nottingham Forest.

That left Jurgen Klopp’s men, who have lost four, won four and drawn four league games this term, ninth in the table, eight points outside the Champions League places. After hosting Napoli in the Champions League on Tuesday, they are next in league action at third-placed Tottenham on Sunday.

Alexander-Arnold told liverpoolfc.com: “I’d say we all believe in ourselves, we believe in the way we play, the squad and what we can achieve.

“But I think when you do get setbacks, it can potentially make you second-guess yourself and question things.

“We kind of need to go there and get some points if we’ve got any chance of reaching our aims and aspirations for the season.”

The England right-back, who described what was Liverpool’s first home league defeat since March 2021 as “difficult to take”, added: “I think we are not in the greatest run of form – I think a lot of players would say that about themselves and as a team in general.

“But we’re still creating opportunities to score and win games. We just haven’t been able to take them, especially (in the) last two Premier League games.

“I think it’s important for us to regroup, assess what’s going wrong. I think right now, it’s kind of, ‘pick up as many points as you can now going into this break (for the World Cup, which starts on November 20).’

“And potentially this break will come at a decent time for us to reset and be able to get our heads straight to go into the second half of the season.”

Klopp emphasised post-match that “you cannot qualify for the Champions League if you play as inconsistently as we do at the moment”.

The Liverpool manager also said it was “no secret pretty much everybody on the pitch can play better football”, as well as once again referencing the impact injury issues have had on his team this season, before adding: “It’s not now for a main overhaul, these kind of things.

“No – you have to fight through, fight for momentum, confidence, security, and that’s what we do.”

Leeds, capitalising on a Joe Gomez-Alisson Becker mix-up, took the lead through a fourth-minute Rodrigo tap-in that was cancelled out by Mohamed Salah 10 minutes later.

Brenden Aaronson volleyed against the hosts’ bar soon after, and the second half then saw Leeds goalkeeper Illan Meslier make a number of fine saves before Crysencio Summerville struck in the 89th minute to give the Yorkshire outfit their first victory in nine Premier League games, and first win at Liverpool since 2001.

It ended a four-match losing streak, as they moved out of the relegation zone, up to 15th place.

Boss Jesse Marsch had endured calls from Leeds fans for him to go in their previous match, and when asked how much he thought his players were fighting for him against Liverpool, the American said: “I think they were, but they were fighting for us.

“They believe in what we’re doing, and it’s been painful for all of us. Obviously they take heat from different people and different sources, the manager takes heat.

“It’s impossible to work in football in this day and age in isolation, we have social media, media, fans, we have everything.

“They walk around town, they hear from everybody that they’re behind them but that they need some urgency in our season, nobody wants to go down.

“So that’s all that’s on my mind – continuing to stay stable and strong so that they give themselves the best chance to perform.”