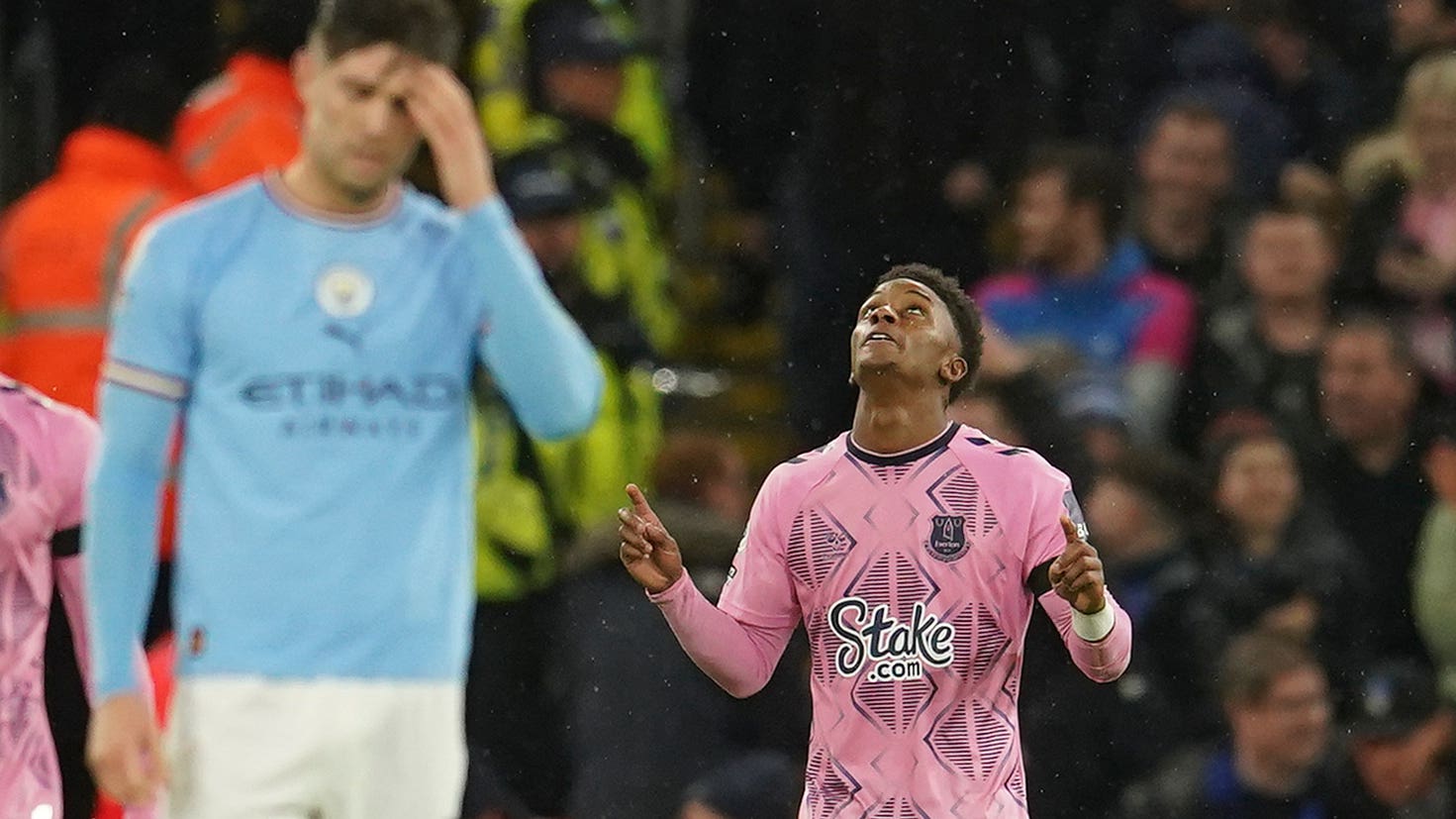 Erling Haaland looked to have put City on course for victory in a scrappy Premier League contest at the Etihad Stadium before Gray responded with a sublime curling effort from the edge of the area just after the hour.

It ended a run of four games without a win for Everton and eased some of the pressure on manager Frank Lampard.

Marcus Rashford climbed off the bench and the naughty step to fire Manchester United to victory at Wolves.

The striker, dropped by boss Erik ten Hag for disciplinary reasons, grabbed his 11th goal of the season to send United into the top four with a 1-0 win.

Fabian Schar passed up a hat-trick of chances as Newcastle’s hopes of a seventh successive Premier League win were dashed by Leeds.

The Magpies’ best opportunities fell to the Switzerland international – and fellow defender Dan Burn – but neither were able to break the deadlock at St James’ Park.

Southampton will begin 2023 at the foot of the Premier League after a last-gasp Joao Palhinha goal condemned them to a 2-1 defeat at Fulham.

James Ward-Prowse thought he had secured a first point under new Saints boss Nathan Jones when he scored a free-kick to cancel out his own goal.

But Palhinha struck a minute from time with a far-post header to leave Southampton rock bottom.

Crystal Palace picked up three vital points with a 2-0 win over Bournemouth at the Vitality Stadium.

Both goals for Palace, who had failed to register any shots on target in their Boxing Day loss to Fulham, came from first-half set pieces.

Jordan Ayew opened the scoring when he nodded in a corner from Michael Olise, who also set up Eberechi Eze for the Eagles’ second.