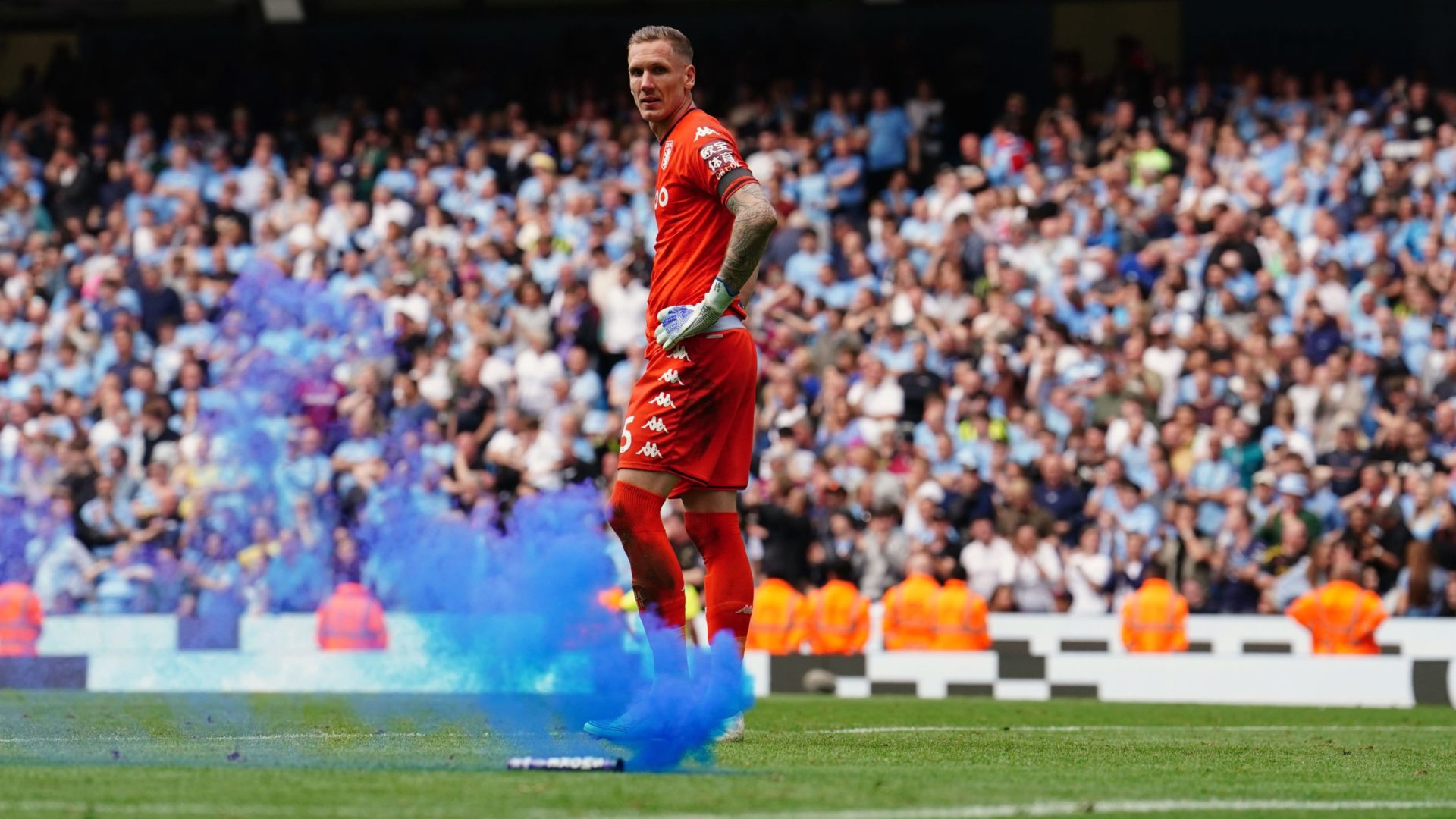 Manchester City have apologised to Robin Olsen and vowed to indefinitely ban the fan who attacked Aston Villa’s goalkeeper during Sunday’s pitch invasion.

Supporters have run onto the field after a number of recent high-profile Premier League and EFL matches, with a Nottingham Forest fan jailed for 24 weeks after headbutting Sheffield United’s Billy Sharp.

Crystal Palace manager Patrick Vieira was involved in an altercation after Everton fans invaded the pitch on Thursday and fans streamed onto the field on Sunday after City’s 3-2 comeback win against Aston Villa which secured the Premier League title.

Thousands were on the Etihad Stadium turf after wrapping up the Premier League title and Villa boss Gerrard says goalkeeper Olsen was hurt.

Asked if everyone got off the pitch OK, Gerrard said: “The answer is no.

“My goalkeeper was attacked. I think those questions should go to Pep and Manchester City.”

“Manchester City would like to sincerely apologise to Aston Villa goalkeeper Robin Olsen, who was assaulted after the final whistle at today’s match when fans entered the pitch,” the club said.

“The club has launched an immediate investigation and once identified, the individual responsible will be issued with an indefinite stadium ban.”

City manager Pep Guardiola admitted the incident had been the low point of the day.

Guardiola said: “I’m so sorry on behalf of the club to Olsen and Aston Villa.

“I don’t think there were intentions, but the emotions of people there, it’s always difficult to understand why people respond in that way and cannot celebrate themselves and not do these kind of things. Hopefully we can discover who the person was and he’ll be punished.