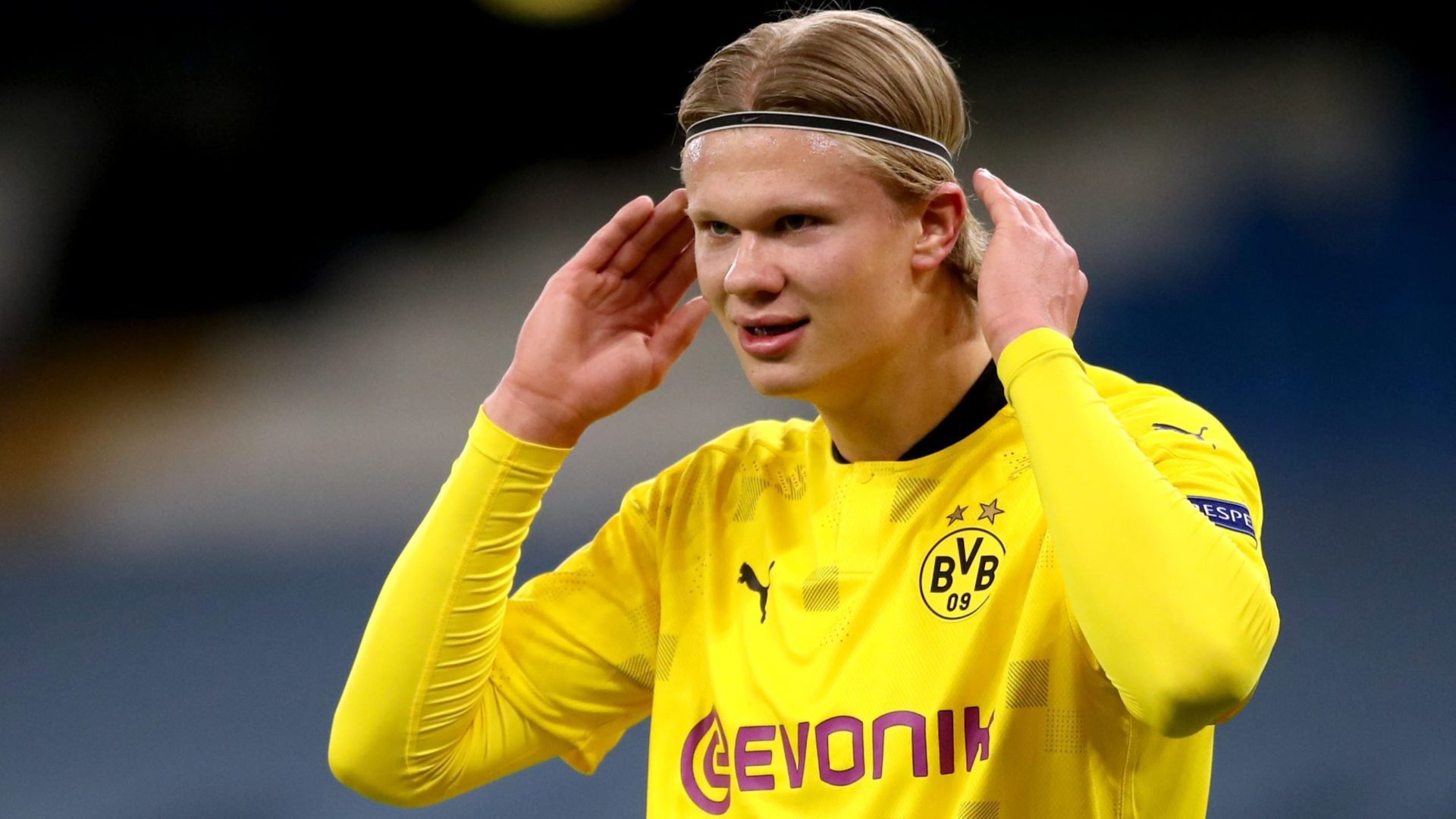 Regarded as one of the best young talents in world football, the 21-year-old joined the Bundesliga side from RB Salzburg midway through the 2019-20 season.

There has been widespread talk of a move to City in recent months and the Premier League leaders have now confirmed a deal to sign Haaland from Dortmund.

A City statement read: “Manchester City can confirm we have reached an agreement in principle with Borussia Dortmund for the transfer of striker Erling Haaland to the club on July 1 2022.

“The transfer remains subject to the club finalising terms with the player.”

Dortmund posted an article on their website under the headline ‘Erling Haaland close to move to Manchester City’ but the link included did not work as thousands of fans went to read the news.

Speculation linking City with Haaland had been gathering momentum in recent weeks, with reports on Monday claiming the player had already undergone a medical.

Manager Pep Guardiola was reluctant to discuss the situation as he held a press conference on Tuesday to preview his side’s upcoming game at Wolves, but did all but confirm a deal was imminent.

Guardiola said: “Everybody knows the situation, but I should not talk because I do not like to talk about the future, next season.

“At the same time I should say something, but Borussia Dortmund and Man City told me I’m not allowed to say anything until the deal is completely done, so I cannot talk. I’m sorry. We’ll have time to talk.”

Asked further about the matter, the Spaniard said: “I would love to talk, honestly, but I can’t. They tell me don’t say anything (because of) the legal actions or the legal situation.

“We’ll have time to talk about that. (It’s) not because I don’t want but because I can’t.”

Haaland, whose father Alf-Inge played for City from 2000-03, has scored a remarkable 85 goals in 88 appearances for Dortmund since his move from Salzburg.

His signing will end City’s long search for an specialist centre forward, having failed in a high-profile attempt to prise Harry Kane away from Tottenham after Sergio Aguero left the club last summer.

Yet City have fared well without an out-and-out striker this term, with various players being deployed in a ‘false nine’ role, and Guardiola was keen to play down the significance of any one new signing.

He said: “We have a number nine right now. New players always help us try to be a stronger team, but a good defender will not solve our defensive problems and one striker will not resolve the scoring problems that maybe we have.

“We have always been consistent, scoring a lot of goals and conceding few. The stats are there, we are stable in those terms but the club always has to have a vision for the future.

“That’s why with the decisions the club takes, I’m always completely aware and supportive 100 per cent.”