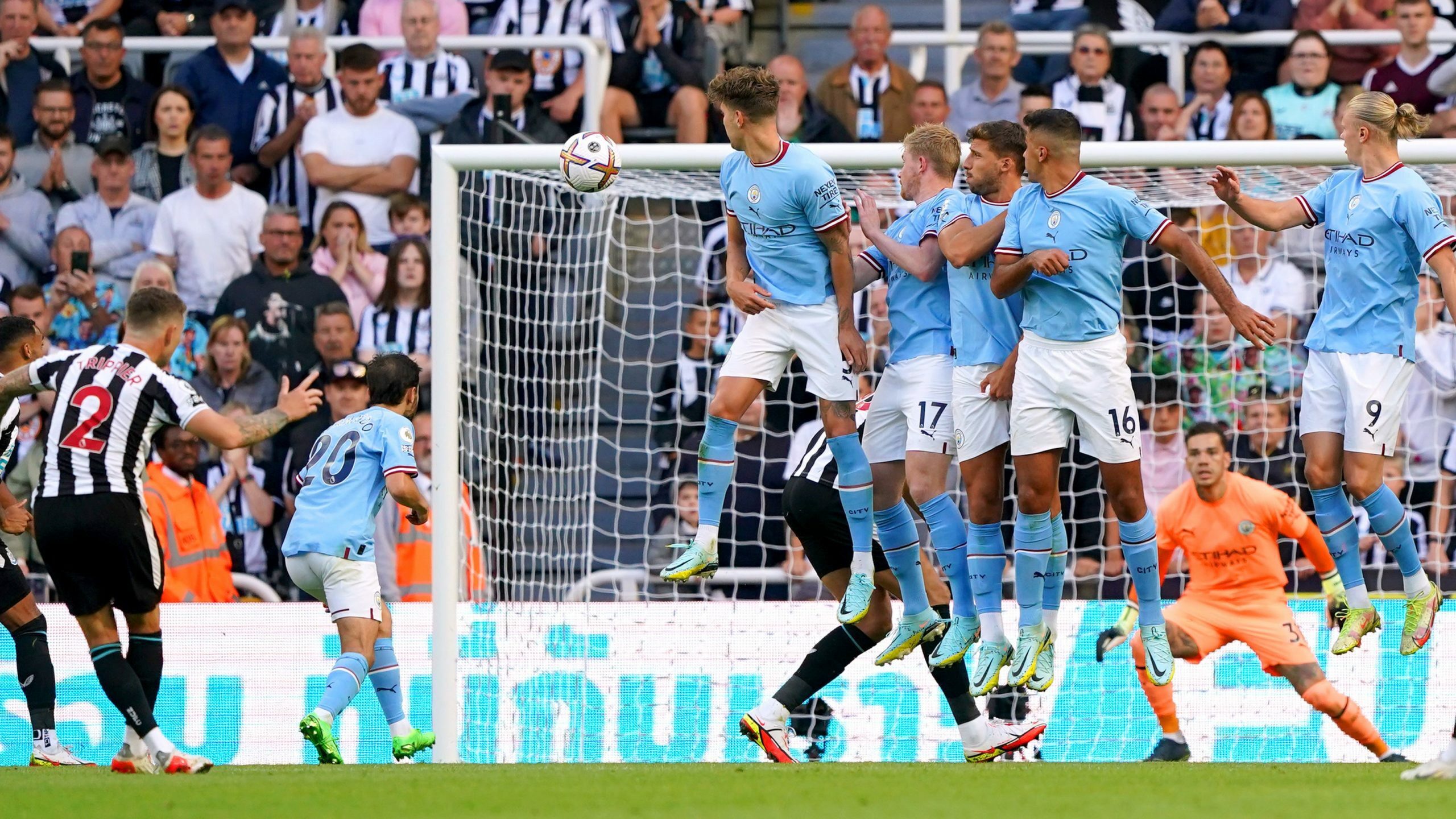 Manchester City dropped their first points of the Premier League season after fighting back to claim a 3-3 draw with Newcastle at St James’ Park.

Ilkay Gundogan gave City an early lead, but the home side responded superbly and Miguel Almiron equalised before Callum Wilson put them ahead in the 39th minute.

A stunning free-kick from Kieran Trippier – who later had a red card overturned on a VAR review – saw Newcastle move 3-1 ahead, but Erling Haaland and Bernardo Silva quickly restored parity as both teams had to settle for a point.

First-half goals from Brenden Aaronson and stand-in skipper Rodrigo put Marsch’s side two up at the interval, and Jack Harrison turned home a third midway through the second period.

The scoreline did not flatter rampant Leeds, who appear transformed this season after securing top-flight survival on the final day of the last campaign.

Chelsea ended the game with 10 men after Kalidou Koulibaly’s late dismissal for a second yellow card.