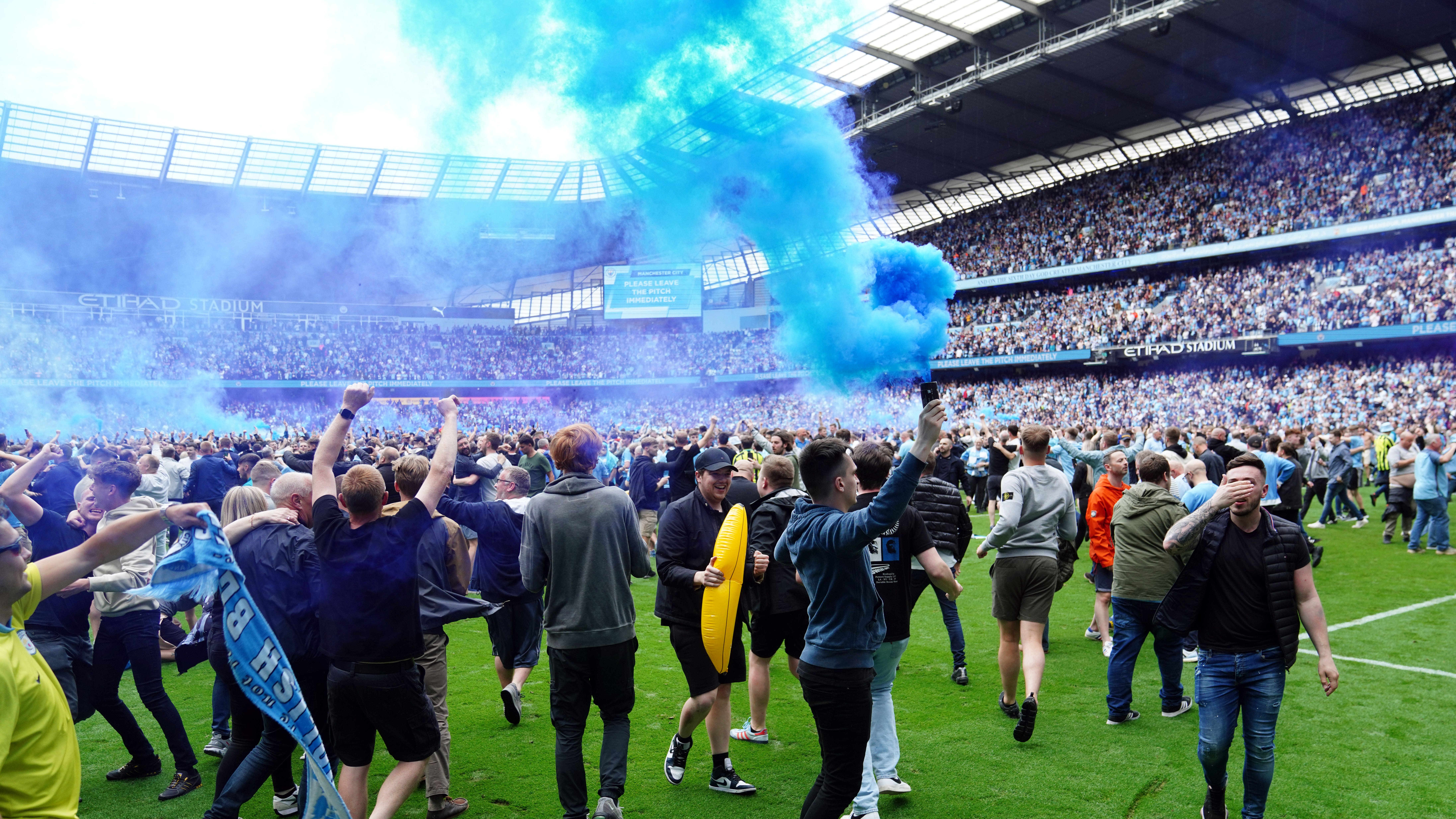 By By Jamie Gardner PA Chief Sports ReporterOctober 7, 2022No Comments

Manchester City have been fined £260,000 and given a warning over the pitch invasion which followed their Premier League title win in May.

Fans came onto the pitch after City fought back from 2-0 down against Aston Villa to win 3-2 and clinch the top-flight crown on Sunday, May 22.

City admitted a Football Association charge that they “failed to ensure spectators… conducted themselves in an orderly fashion and refrained from using threatening and violent behaviour while encroaching onto the pitch after the final whistle”.

The sanctions were imposed by an independent regulatory commission during a hearing.