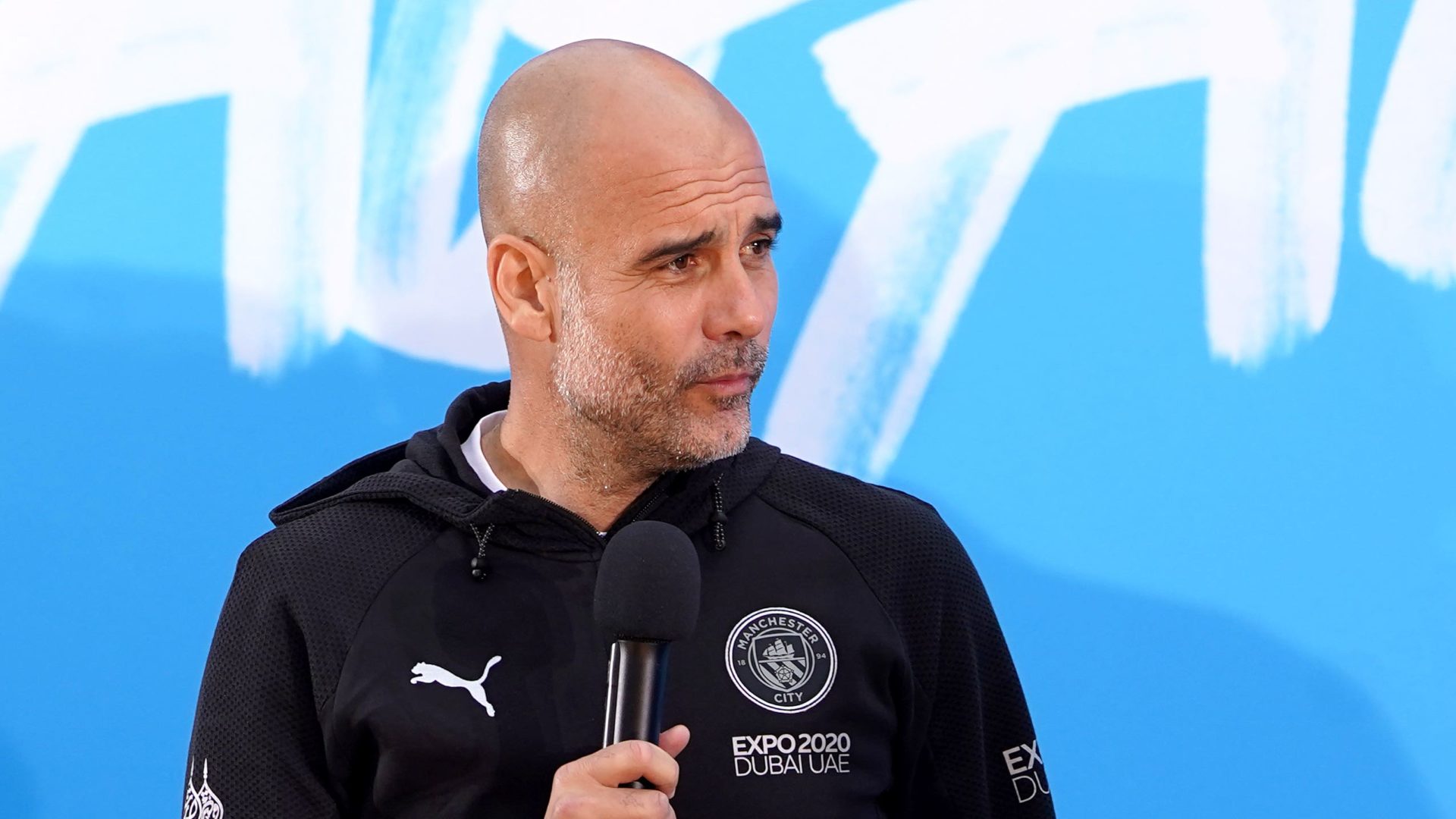 Manchester City’s plan was to go 2-0 down against Villa, jokes Pep Guardiola

Pep Guardiola joked it had been part of his plan all along that Manchester City should fall 2-0 behind against Aston Villa as his side celebrated their fourth Premier League title in five years with a city-centre parade on Monday.

A day after City added another incredible comeback story to their history, scoring three goals in six minutes to beat Villa 3-2 and edge out Liverpool by a single point, City shared the moment with thousands of supporters along Deansgate.

Guardiola then appeared on stage puffing on his now customary cigar to thank fans.

“It was the plan, 0-2, calm, calm,” Guardiola said with a laugh. “And after we scored it was a great night.

“Everybody knows what has happened is an incredible achievement. This is the toughest league, in six years since we arrived we had four. The happiness on all the faces is the greatest reward we can get.”

After Ilkay Gundogan struck two late goals, either side of a Rodri goal, to give City the win, Guardiola was seen in tears at full-time as he celebrated with his backroom staff.

“Definitely it was a tough moment,” he said. “Always the players show again, it was incredible to come back. There was a lot of tension in the last month after (the Champions League defeat to Real Madrid) and a lot of difficult games.

“We never give up and we have to be so proud of the group.”

Three open-top buses carrying City players and staff, some appearing worse for wear after a night of celebrations, navigated a short route from the National Football Museum to the far end of Deansgate.

Ederson sprayed more than one of the fans clinging to lamp posts with champagne, while Jack Grealish offered to buy everyone on the roadside a shot if they wanted to meet him in town later on.

There was plenty of joking. Back-up goalkeeper Scott Carson claimed City’s main problem when they fell behind on Sunday was having John Stones filling in at right-back on his return from injury.

“They would have been better off with me at right-back,” the 36-year-old said.

Grealish was even more brutal in his put down of Bernardo Silva, who was the player replaced by Gundogan on Sunday.

“I said earlier on the coach, it’s been brilliant to win my first title,” Grealish said. “I want to thank everyone – but the main person I want to thank is Bernardo Silva for coming off in the 70th minute because he was miles off it yesterday.”

Kevin De Bruyne was far from alone in sporting dark glasses, admitting to being a “little bit drunk”.
The Belgian was named the club’s player of the year amid the celebrations, but had been off his usual high standards on Sunday before setting up Gundogan’s winning goal.

Asked if he thought it was all over at 2-0, De Bruyne said: “For about 10 seconds. Then we just go and we did it. We did it the City way, I would say. Now it feels very sweet.”

The event also became a farewell party for club captain Fernandinho, who will return to his native Brazil this summer after nine years and 12 trophies with the club.

“When I look back all of the titles we won are really special.”