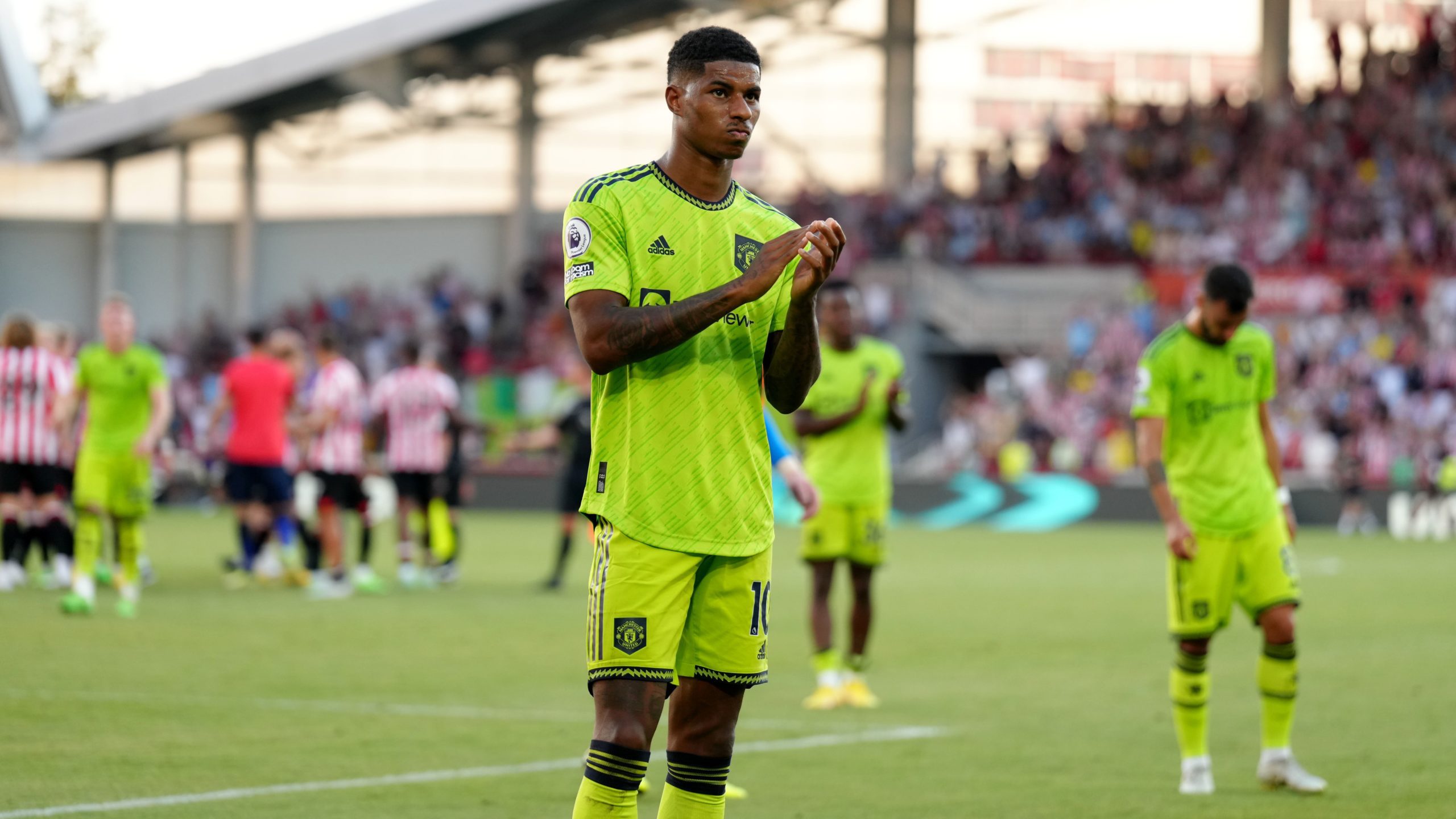 The hope and optimism that followed a promising pre-season under new manager Erik ten Hag evaporated during a chastening start to the campaign.

The Old Trafford giants are rooted to the bottom of the Premier League table after a 2-1 home defeat to Brighton was compounded by last weekend’s 4-0 humiliation at Brentford.

United will attempt to avoid starting the season with three straight losses for the first time since 1986 when Liverpool come to town – a match homegrown talent Rashford always looks forward to.

“Winning against Liverpool is the same feeling as when I was a kid.”

“After the game, you realise a goal’s a goal and you need to score them against any team.

“But the initial feeling is massive and it’s something that you crave as a player and I don’t think that ever leaves you.”

United will need to improve markedly if they are to stand any chance of laying a glove on Jurgen Klopp’s Reds.

Ten Hag said he did not see the right attitude and required “fighting spirit” from the outset in the humbling at Brentford – qualities he said will be needed “especially Monday night” against rivals Liverpool.

“For me, (giving 100 per cent) is a non-negotiable at the club,” Rashford told Sky Sports.

“Your situation at the club always changes. Sometimes you have good spells, sometimes you’re not in a good spell.

“But the one thing that has to remain the same is your dedication and your commitment to training and the games.

“So, I feel like whatever the situation is I have to give 100 per cent for myself, and for my family, friends and the fans.”

Monday’s match will be played out to a backdrop of protests as United supporters let their anger be known at the despised owners.

Fans are at their wits’ end with the Glazer family and recently-formed supporters group The 1958 are leading their latest – and potentially loudest – protest against them before kick-off.

Ten Hag admitted he was not au fait with supporters’ deep-seated resentment having only recently joined the club and called for unity ahead of a clash that Rashford says the fans have always been brilliant in.

“From what I can remember, when we’ve beaten Liverpool, the fans have helped us massively,” added the forward, who has been linked to Paris St Germain.

“It’s always a difficult game physically and mentally, so we’ll definitely need them.

“They’ll be up for the game, they’ll want to beat Liverpool just as much as we do.”