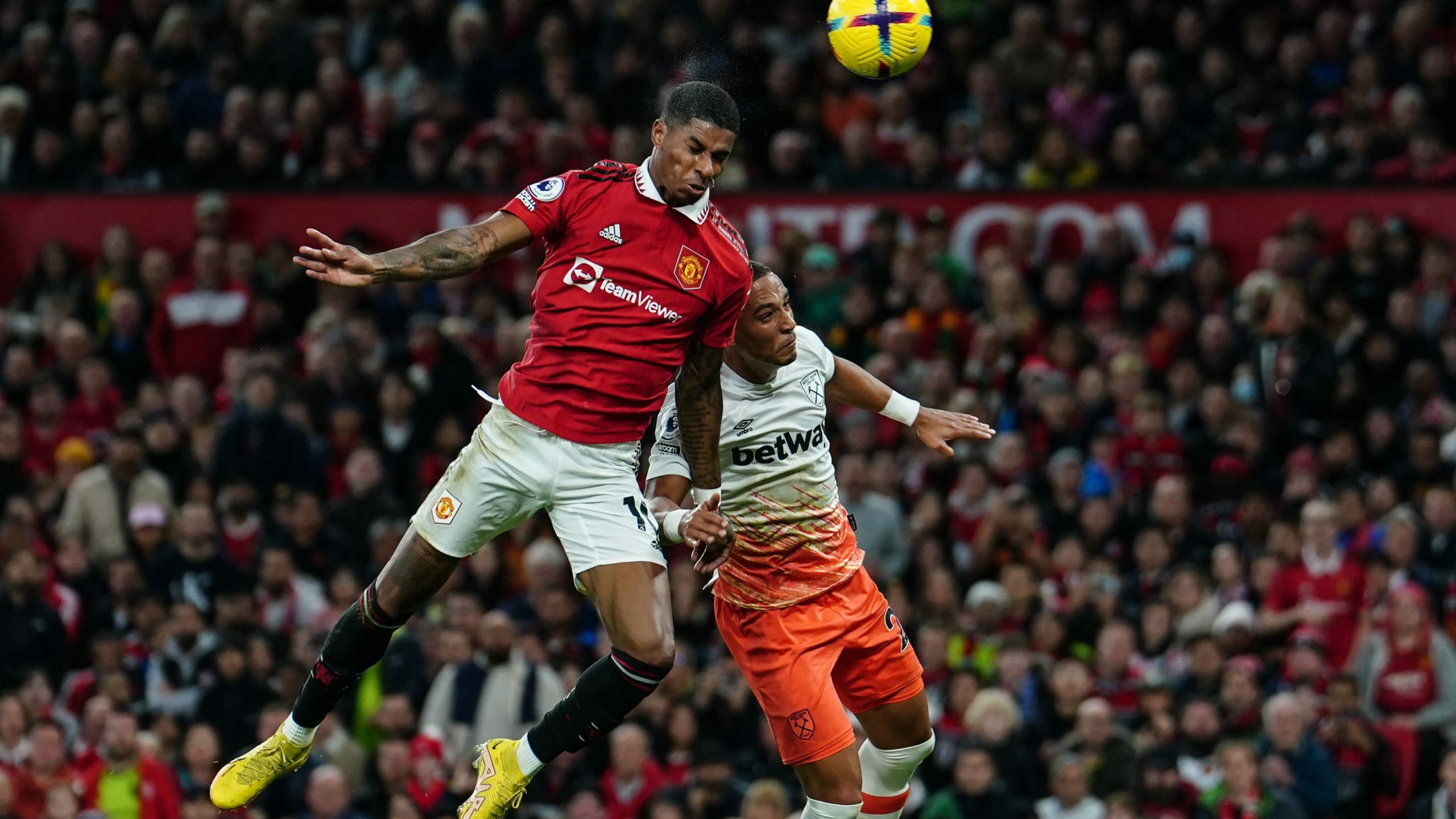 By Press AssociationOctober 31, 2022No Comments

Marcus Rashford insists next month’s World Cup finals are not yet on his radar after his timely return to form.

Rashford, who has not appeared for England since missing a spot kick in the penalty shoot-out defeat to Italy in the Euro 2020 final, notched his 100th goal for Manchester United on Sunday.

His brilliant first-half header – his seventh in all competitions this season – sealed a 1-0 home win against West Ham to maintain United’s top-four challenge and he appears to be back near his best.

But when asked if the World Cup was on his mind after his match-winning display at Old Trafford, Rashford, 25 on Monday, said: “Not at the minute.

“I’m concentrating on the next game. We have to try and keep winning games here.

“We’ve got two more league games before the World Cup, if we win those two games we’ll stay in (contention for) the top four, so that’s what I’m focused on.”

Rashford, who has 46 caps, was left out of Gareth Southgate’s last two squads, most recently due to injury, but his confidence has been restored under United boss Erik ten Hag.

“Within the whole team and at the training ground, for me that is the biggest thing. I just want it to keep going really and keep enjoying it. If we’re winning games I’m sure that will happen.”

United are unbeaten in eight games in all competitions since their 6-3 defeat at Manchester City earlier this month and sit one point behind fourth-placed Newcastle with a game in hand.

“Knowing the manager, he’s not one to let us rest on anything, he’ll make sure we keep pushing ourselves and pushing each other to keep improving.”

Ten Hag said after Sunday’s win that he had asked Rashford to work on his heading when he first arrived at Old Trafford in April and that was now paying dividends.

Rashford added: “Yeah, definitely. Getting into the areas is one thing, but the technique and the desire and wanting to get your head on the end of it, that’s what I’ve been working on. It’s nice to get a couple of goals out of that.”

West Ham’s seventh league defeat of the season has left them in 13th place, three points above the relegation zone.

But boss David Moyes feels his side, who maintained their 100 per cent record in the Europa Conference last week to qualify for the last 16, have shown again this season that they have closed the gap on the top six.

Moyes said: “We said last year that we were trying to challenge them, we finished seventh, finished a point behind United.

“All the games so far, we played Chelsea away, played Man United away, Liverpool away and we’ve not got the results.

“But I think you’d be wrong if you said we’ve not given them right good games and run them close.”