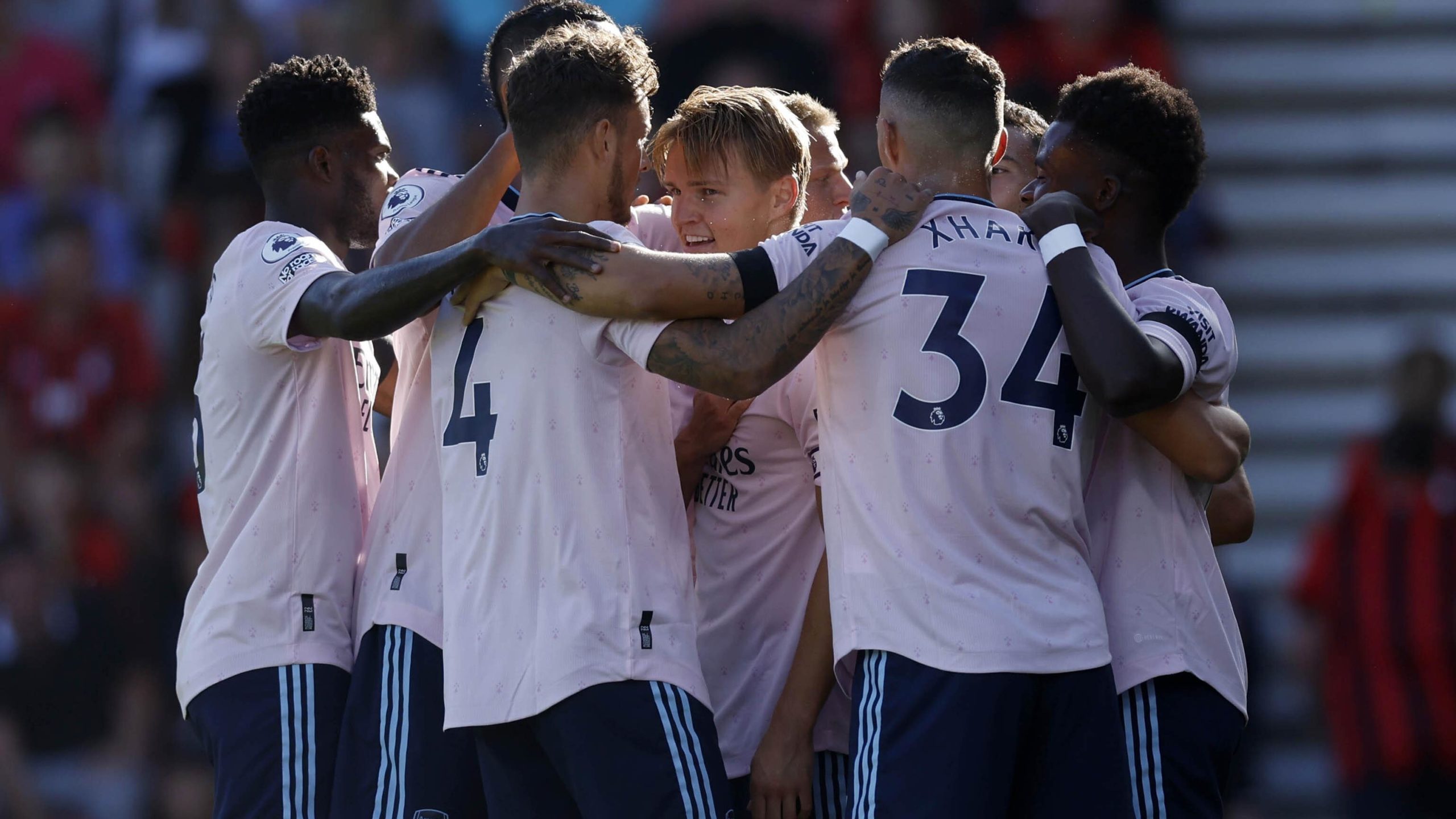 Arsenal coasted to victory at Bournemouth as captain Martin Odegaard’s early brace took the visitors to the top of the Premier League.

The Gunners kept up their perfect start to the new campaign, their 3-0 win at the Vitality Stadium sealed with a fine William Saliba strike as the defender opened his account for the club.

Odegaard had put Arsenal clear inside the opening 11 minutes, the first time the Norway international has scored twice in a match since a double for Stromsgodset in October 2014.

At this stage of last season, Mikel Arteta was facing calls to be axed as Arsenal boss as they sat bottom without a point or a goal.

The summer signing of Gabriel Jesus has done much to herald such a stark turnaround in fortunes and, while he did not add to his goal tally on the south coast, the Brazil forward was again instrumental.

He plucked the ball out of the air with one touch, brushed off a challenge and fed Gabriel Martinelli, whose low shot was saved by Mark Travers.

However, Odegaard was on hand to turn home one of the easiest goals of his career to break the deadlock with less than five minutes on the clock.

Odegaard doubled the lead soon after, this time latching onto a loose touch by Jesus in the box and firing past Travers to set Arsenal on course for another three points.

Bournemouth, having lost 4-0 at champions Manchester City last weekend, were again struggling to get a foothold in the game as Arteta’s side continued to dominate.

Despite being on top, Arsenal had to wait until after the interval to further extend their lead – but it was a goal worth the wait.

Martinelli’s deep cross was collected by Granit Xhaka, who laid the ball perfectly into the path of Saliba – the France international continuing his fine start to life in the Arsenal side by curling home his first goal in English football.

Jesus thought he had got in on the act as he collected an Odegaard pass to finish with aplomb, only for celebrations to be cut short with VAR ruling out the effort for a marginal offside.

Bournemouth had not tasted defeat at home since losing to Boreham Wood in the FA Cup back in February but they were never at the races.

Arteta’s first game as Arsenal boss came here on Boxing Day 2019, a 1-1 draw in which Pierre-Emerick Aubameyang scored the equaliser.

Now the Spaniard has a front man in fine form and a team built to play the way he desires with only Xhaka and Bukayo Saka having started both games.

With the points secured in such comfort, Bournemouth’s opening day win over Aston Villa already seems a long time ago following two chastening defeats and with a trip to Liverpool next weekend.

Arsenal, meanwhile, take on another newly-promoted side as Fulham visit the Emirates Stadium to face a team aiming to make it four wins from four.