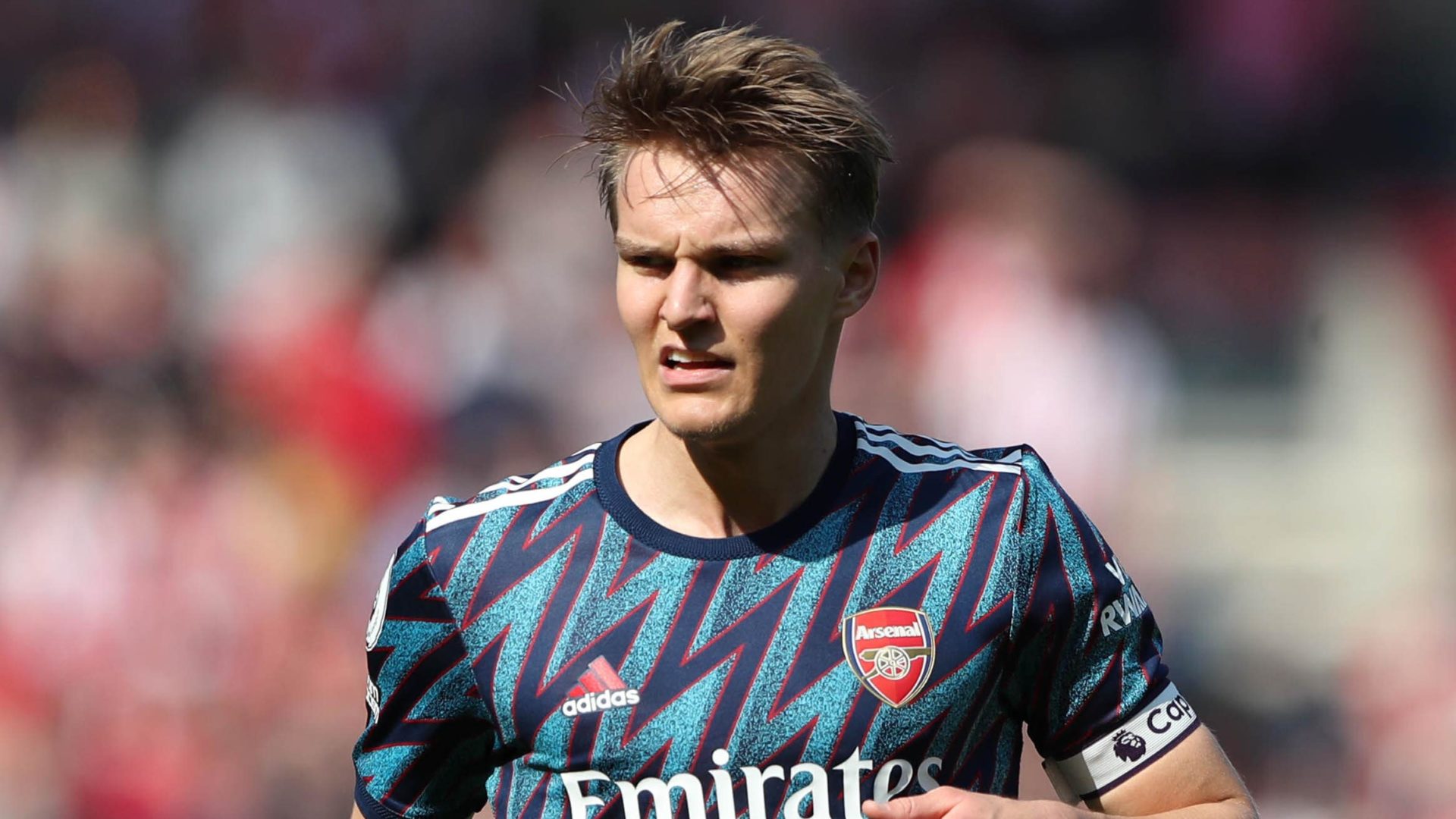 Martin Odegaard has been limited to the role of Champions League spectator this season – but he wants to end that by leading Arsenal to victory at Tottenham on Thursday night.

A win for the Gunners would secure a return to Europe’s elite competition after a five-year absence.

Arsenal sit four points clear of Spurs heading to the Tottenham Hotspur Stadium and have their top-four destiny in their own hands – even if they lose for a third time in a row in N17.

Boss Mikel Arteta has called on his players to get the job done by completing a north London derby double for the season and Odegaard admits the squad have been keeping a watching brief as some memorable Champions League nights unfolded.

“We’re watching all the games,” he said. “When you watch those games you want to be there and fight for the best games, so that’s the stage we want to be at.

“That (qualifying for Champions League) was our big goal this season, so if we can do it we’ll be very happy.

“Of course to do it there will be special, but the most important thing is to get there and not the way we do it.”

Odegaard’s former club Real Madrid will face Liverpool in this season’s Champions League final, but Thursday night could be seen as a cup final of their own for Arsenal.

Securing a top-four finish would also show the progression of a team which has finished eighth in the last two seasons.

Many would not have tipped Arsenal to achieve Champions League qualification this year and even Odegaard – who is likely to captain the visitors at Spurs – admits the club are ahead of schedule.

“Maybe we’re a bit ahead of schedule, but still we haven’t done anything. We have to finish it and get into the top four, so that’s the focus now and I think we’re doing well.”

At 23, Odegaard is part of the youngest Premier League squad this season, but he feels they are ready to take the next step, adding: “It will be a big game of course.

“We know what we’re playing for and we know the history of these games and how big it is for the fans. It’s going to be a massive game, so we’re looking forward to it.

“I think (the team is ready) but we have to show it in the last games and finish the job. We have to make sure we finish top four, and if we do that then we deserve it.

“I think we’re ready for it and we have to fight for it, so we’ll see.”