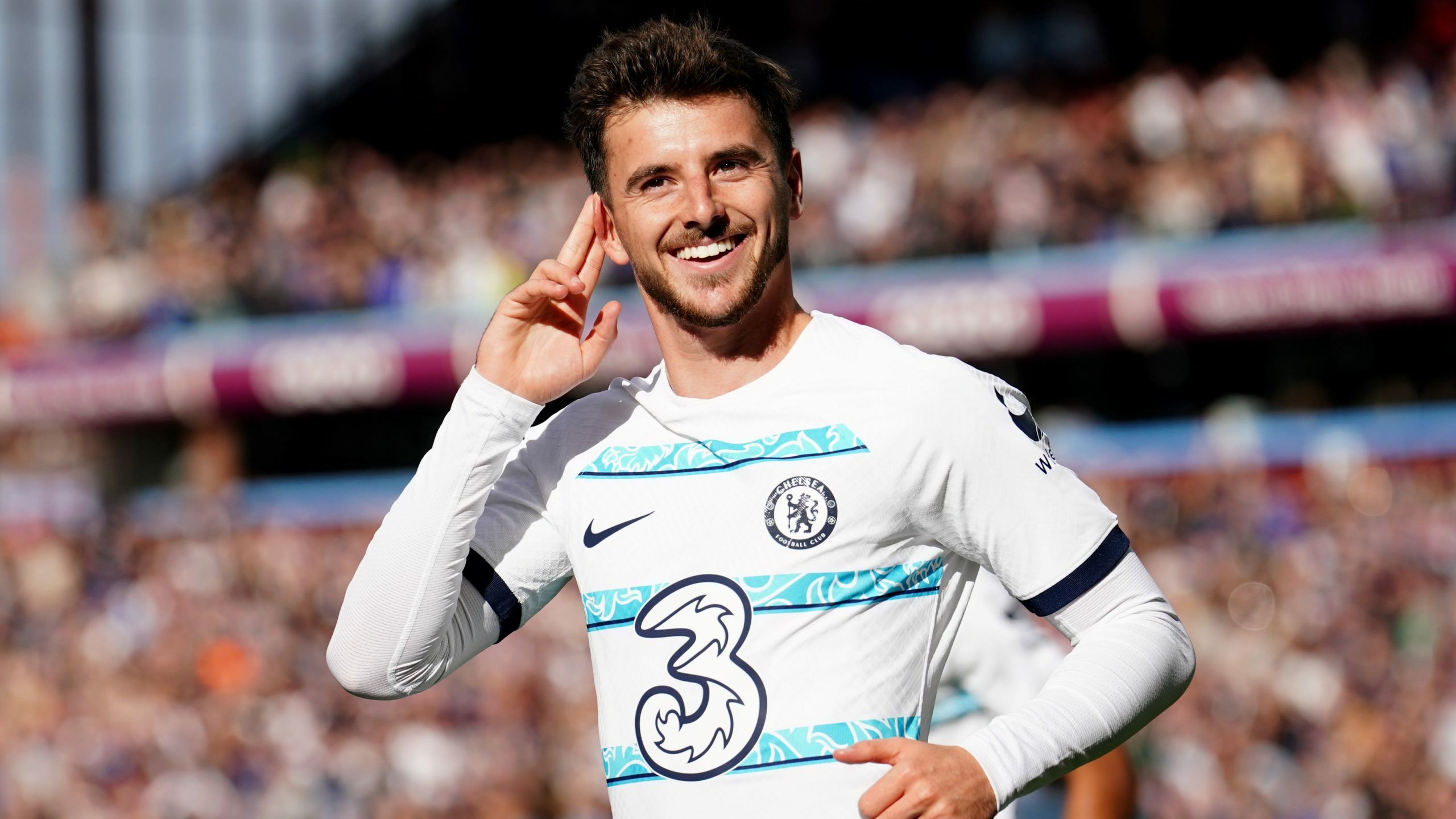 Mason Mount and Kepa Arrizabalaga were Chelsea’s heroes as they survived a scare at Aston Villa to maintain Graham Potter’s unbeaten start.

Mount bagged a brace – in front of watching England boss Gareth Southgate – to seal a battling 2-0 win at Villa Park.

But they needed Kepa to produce two stunning first-half stops to deny Jacob Ramsey and Danny Ings with Chelsea on the ropes.

The Blues have now won their last five in all competitions – keeping four clean sheets – and cemented fourth spot in the Premier League.

Defeat was harsh on an improved Villa, who rattled Chelsea, but they slipped closer to the drop zone.

Boss Steven Gerrard joined with Villa 16th and two points above the relegation zone, they now sit 16th and just a point above the bottom three almost 12 months into his reign.

He had been at pains to stress the fine margins which had seen his side draw three of their last four games and had demanded his players become headline makers.

The problem was Villa made all the wrong headlines as Chelsea were gifted a sixth-minute lead thanks to calamitous defending from Tyrone Mings.

Ramsey hardly covered himself in glory as he allowed Ben Chilwell to get past him and a half-hearted tackle only helped the ball loop towards Mings.

The defender was alone but completely miscued his header and it spun backwards for Mount to volley past the exposed Emi Martinez.

It was an embarrassing error, coming after Villa at least had Chelsea sweating in the opening minute when a hurried clearance from Mateo Kovacic saw Douglas Luiz test Kepa.

The hosts responded and Leon Bailey’s header clipped the top of the bar but Chelsea’s opener had initially sucked the life out of a previously boisterous Villa Park.

Yet there was joy to be had for the hosts with Chelsea, without the injured Reece James and Wesley Fofana, suspect at the back and the Blues needed an outstanding save from Kepa to stay ahead after 21 minutes.

Ollie Watkins wriggled free on the left and cut back for John McGinn to fire at Kepa, the ball ran to Ramsey to force the goalkeeper into a brilliant low stop, turning the strike onto the post.

He then recovered to brilliantly save from Ings – although the striker was flagged offside.

Chelsea’s shaky defence did not inspire confidence and McGinn tested Kepa again when he muscled Thiago Silva off the ball only to shoot at the goalkeeper.

Only Wolves with four had scored fewer than Villa’s seven this season but they found Kepa an immovable object.

He saved his best for the 33rd minute when Bailey got the better of Chilwell and stood up a cross for Ings four yards out. It looked a certain goal as the striker got between Thiago and Trevoh Chalobah but Kepa stuck out an arm to brilliantly turn the header over.

Chelsea needed to rediscover their composure having been unsettled by the hosts since going ahead and good work from Mount and Kai Havertz saw Raheem Sterling hit the bar from 16 yards five minutes before the break.

It was a rare opening and Potter recognised the danger, replacing Marc Cucurella and Havertz with Kalidou Koulibaly and Cesar Azpilicueta at the break, but Villa continued to probe.

He was taken down by Mings 25 yards out and fired in a brilliant free kick which outfoxed Martinez.

It knocked the stuffing out of Villa and Sterling nodded wide as Chelsea eventually eased to victory.