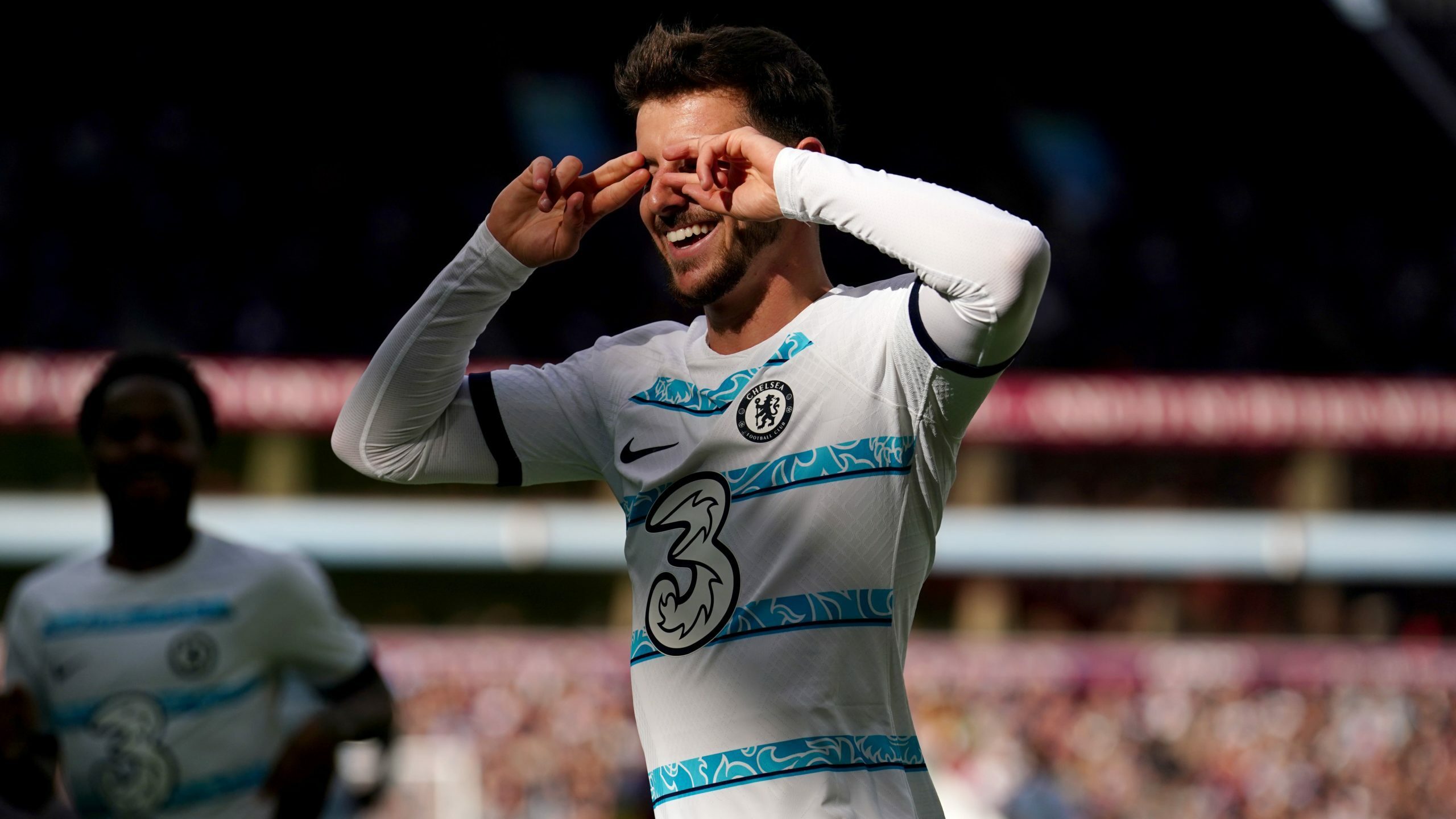 Mason Mount believes Chelsea have proved their steel in the Champions League chase.

The midfielder’s double sealed a 2-0 win at Aston Villa on Sunday and a fifth successive win in all competitions.

It consolidated fourth spot in the Premier League with boss Graham Potter unbeaten in his six matches since joining from Brighton last month.

Mount said: “We know we can do better, but we stuck it out, dug in and got the win. The gaffer says a lot we have got to suffer in games sometimes. We did that.

“We have got to suffer through those times. I felt like we did that in the first half. The game didn’t feel right, but the most important thing was we came through and got into half-time 1-0. Then we can take a breather, speak, and see where we could change.

“We came out second half, regrouped, changed a few things to see how we could have more possession and create chances.”

Mount scored his first goals of the season in front of England boss Gareth Southgate, who will name his World Cup squad this month.

“You never want to start the season without scoring for that long, but it happened to me last season, so I know how to deal with it,” the 23-year-old told the club’s official website.

“I don’t want it to happen, but it doesn’t bother me too much. I’m mentally strong, I stuck at it, and eventually in my head I’m thinking they’re going to come.”

They sit just a point above the relegation zone ahead of Thursday’s trip to Fulham.

Striker Ings told the club’s official website: “It’s always tough when you come off the pitch without scoring when you’ve had chances. They’re just not going in for us at the moment.

“Credit to their keeper, I thought he kept them in the game. My header and JJ’s (Ramsey) strike were magnificent saves. If they go in, it’s a different game.

“That’s our luck at the moment but you have to keep fighting together and keep pushing.”