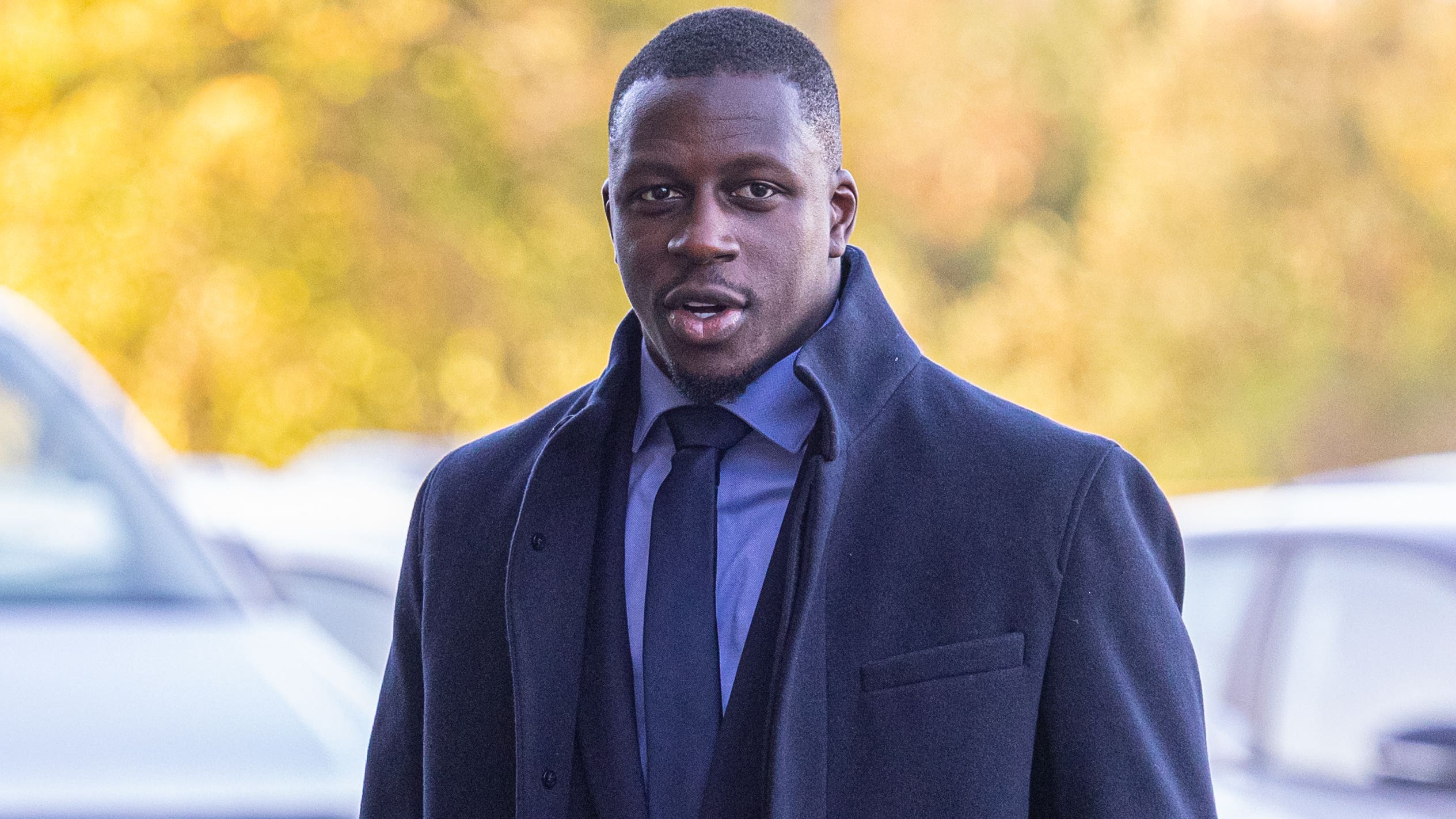 Mendy told woman her boyfriend said it would be ‘OK’ if they had sex, court told

Manchester City defender Benjamin Mendy told a woman he is accused of trying to rape that her boyfriend had said it would be “OK” if they had sex, a court heard.

Mendy said only now did he understand why the young woman then got upset, the jury at his rape trial at Chester Crown Court heard.

The 28-year-old Frenchman sat in the witness box as his lawyer, Eleanor Laws KC, began taking him through the first of the nine allegations he faces involving six different women.

The first woman to accuse him of sex offences was aged 29 at the time and had gone to his house, The Spinney in Mottram St Andrew, Cheshire, in October 2018.

She told the jury she made it clear she was interested in her boyfriend, not Mendy, but he grabbed her and tried to rape her on a bed.

Earlier Mendy, the woman and others had been out clubbing in Manchester and then all stayed the night at Mendy’s home, with the woman sleeping in a bedroom with her boyfriend, one of the footballer’s friends.

Mendy said the morning after he asked his friend how he would feel if he tried to have sex with her.

The footballer, speaking in a strong French accent, told the jury: “I realise it is disrespectful and bad, I asked him if it was OK if I tried to have sex with her. He told me yes.”

Mendy said he went to the bedroom where she was having a shower and told her she was “sexy”.

Wearing just a towel the woman flirted with him, he said, and then they began touching each other.

“Then I ask her if we can have sex. Then, ‘No, because of my boyfriend,’” to which Mendy told her: “He was fine with that.”

He said he then left the bedroom and went back downstairs to the lounge.

Ms Laws, defending, asked Mendy: “Do you understand, now, why she might have been upset?”

After the woman came downstairs Mendy said she could not get a taxi so arranged for his driver to take her to a train station so she could go home.

Mendy was also asked about a comment he had made the night before while they were all drinking and dancing in the nightclub.

He said the woman had been flirting with him and, while dancing with her boyfriend, he had whispered to her: ‘I am going to kidnap you.’

Mendy said this was just “joking”, adding: “The mood was good. Good vibes.”

Prosecutors say Mendy is a “predator” who “turned the pursuit of women for sex into a game”, while co-defendant Louis Saha Matturie allegedly had the job of finding young women for sex, which he denies.

Mendy denies seven counts of rape, one count of attempted rape and one count of sexual assault against six young women.