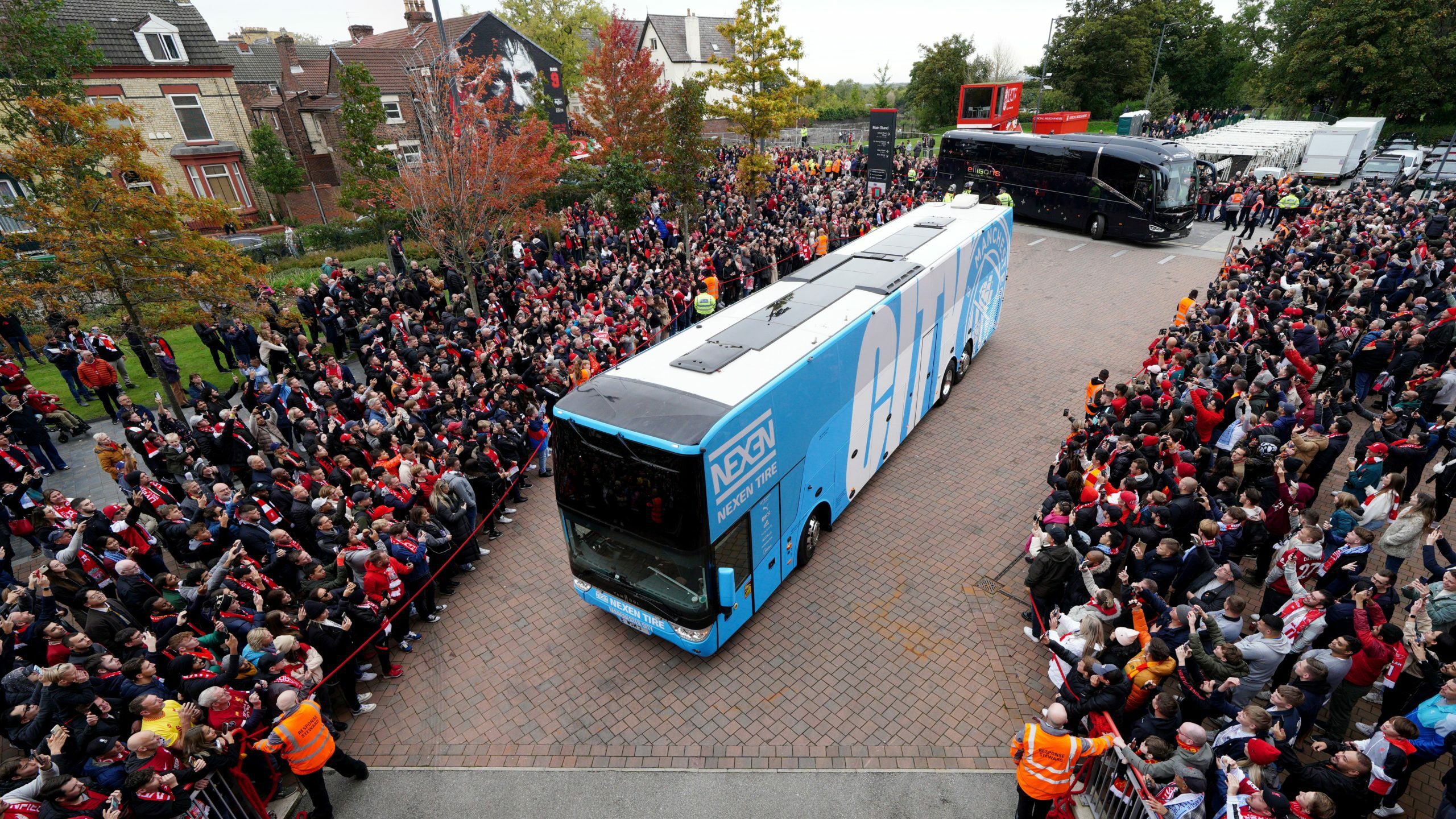 Merseyside Police have confirmed they have received a complaint of alleged criminal damage to the Manchester City team bus following their 1-0 Premier League defeat to Liverpool at Anfield on Sunday.

An image showed damage to the windscreen of the bus, which City said was caused by an object being thrown from the street.

On Wednesday morning, a statement from Merseyside Police appealed for further information.

“We have now received a report of an alleged criminal damage of the Manchester City team coach following the Liverpool and Manchester City game on Sunday 16 October,” the statement said.

“The incident of alleged damage to the windscreen was reported to us on Tuesday 18 October, and further enquires are ongoing.

Liverpool were fined in 2018 after fans attacked the City bus as it arrived at Anfield for a Champions League game.

City manager Pep Guardiola also said coins were thrown at him from the stands during Sunday’s match, though he was not hit.

Visiting fans were also accused of singing offensive songs and writing graffiti about the Hillsborough and Heysel disasters.

After the match, City expressed privately a view that Liverpool manager Jurgen Klopp talking about their supposedly limitless spending power – and that of other Gulf state-owned clubs Newcastle and Paris St Germain – had contributed to a fiery Anfield atmosphere.

Klopp took exception to that in a press conference on Tuesday, suggesting he was deliberately misunderstood.

“That is the life of people who speak in public. It is not the first time I am misunderstood,” he said.

“So I know what I thought when I said it. When someone misunderstands that – or wants to misunderstand that – I cannot help that.”

Klopp was charged with improper behaviour on Tuesday over his dismissal by referee Anthony Taylor on Sunday.

The German was shown a red card for his angry reaction towards Taylor and one of his assistants after Mohamed Salah was not awarded a foul following a challenge by Bernardo Silva.

He could face a touchline ban if found guilty but, having been given until Friday to respond, can still be in the technical area for Wednesday’s visit of West Ham.