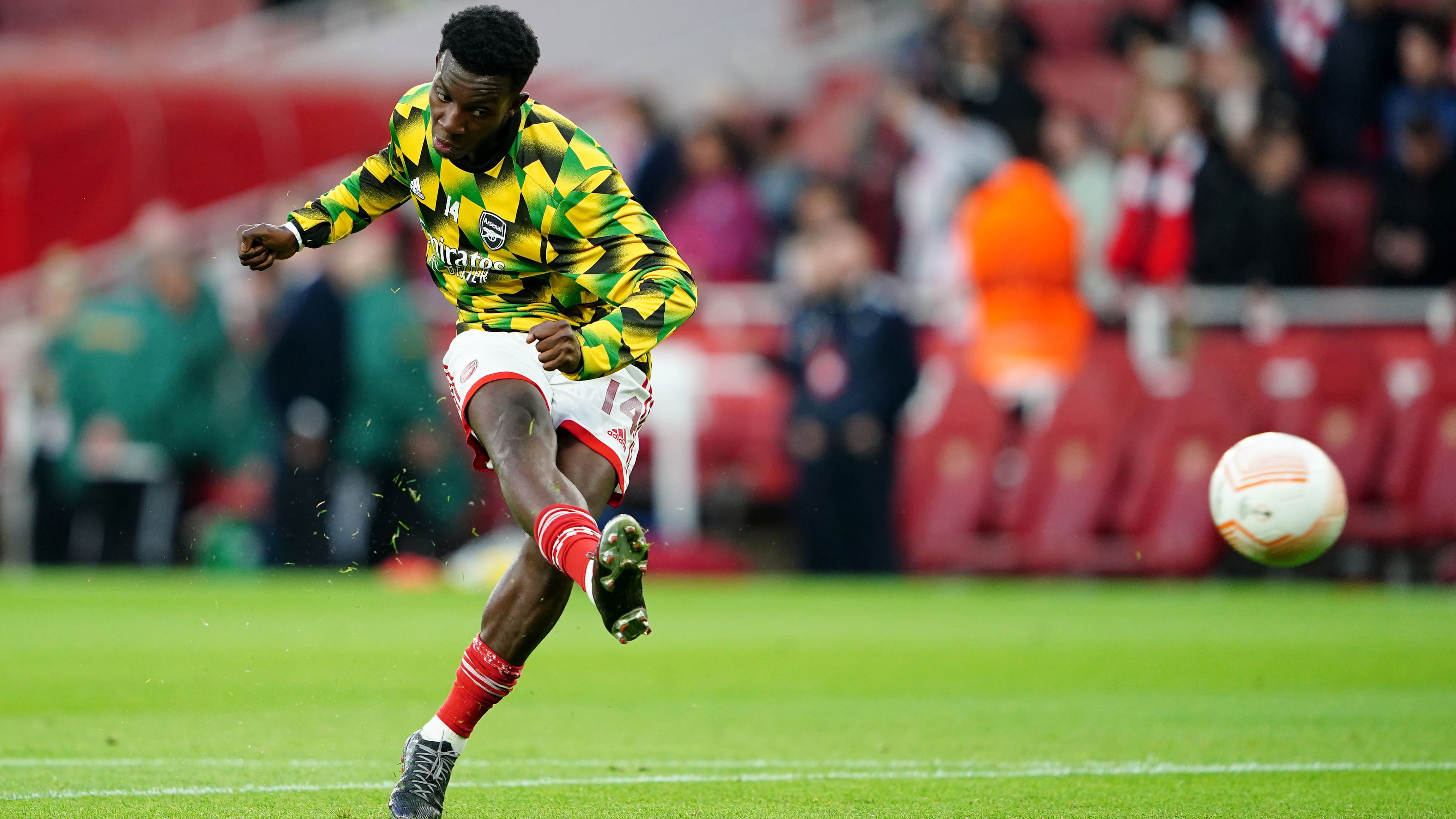 Mikel Arteta knows Eddie Nketiah is ready to help Arsenal in the absence of Gabriel Jesus but is also eager to bring in another forward to make the team better.

The Premier League leaders will restart their campaign with a home fixture against West Ham on Boxing Day.

Summer signing Jesus will be absent for the Monday night clash and is not expected to play again until February after he required knee surgery at the start of this month.

Arteta initially has a straight choice between playing Nketiah through the middle or giving Gabriel Martinelli an opportunity in a central position.

Quizzed on the former, who starred at the end of last season, the Arsenal boss said: “We have more faith in Eddie every single day.

“We see every day what he brings to the team, what he is as a human being and the way he is developing as a player. We got a great response last year when we needed him and he did really well for the team.

“He is ready. That is why he signed his contract. He is a key player in our squad and he is going to have chances to play.”

Even though one of Nketiah or Martinelli will lead the line for Arsenal going into the new year, it could be a different story come the end of January.

Arteta is determined for the club to maximise every transfer window and hinted they were ready to make a significant signing during the next month.

“We knew the importance of getting players early in the summer and that is what we want to do in January. This is idealistic but sometimes it is not realistic. Obviously, if you ask my opinion, as quick as possible we want the players in,” he said.

“We don’t need a body, we need players that make the team better.

“I think personalities that have the mentality that want to win and we have to focus on that. We have to be very strict with what we have done and the policy we have had to make the team successful.

“Can we afford not getting the player that we want? That is my question.

“We can afford to get a striker for sure if we want one, I don’t know if he plays in League Two, League Five, Spain, Portugal or Africa. We can get a striker, I can guarantee you that.

Arsenal have fixtures with Newcastle, Tottenham and Manchester United in January and Arteta acknowledged waiting until the end of the window to do their transfer business could be detrimental to their title chances.

He added: “Where the bar is and what the standards have been for the last four or five years, something the Premier League has not experienced in the past, we know that every point is going to be massively important.”