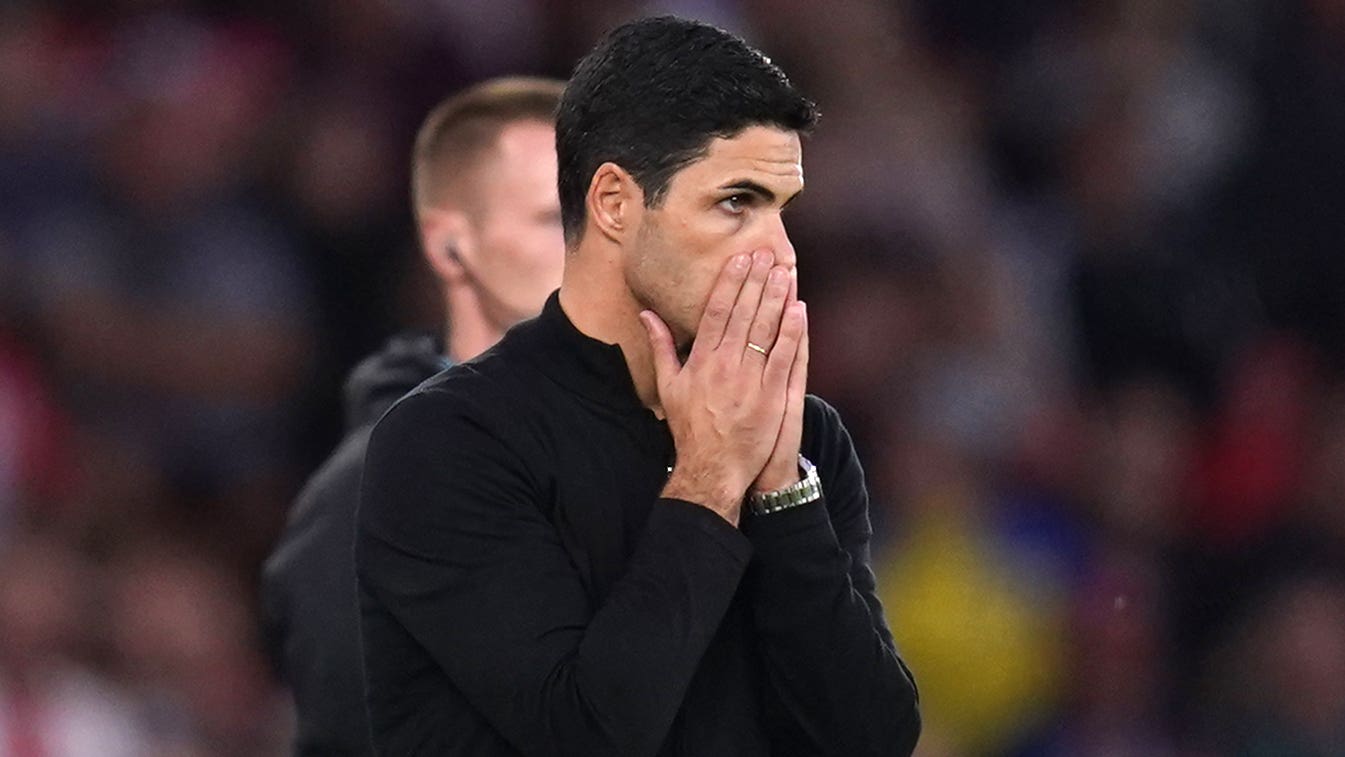 Mikel Arteta has ‘no complaints’ after Southampton hold Arsenal to draw

Arsenal boss Mikel Arteta felt his Premier League leaders contributed to their own undoing after surrendering a lead at Southampton to drop points for only the second time this season.

Granit Xhaka’s thumping early strike put the in-form Gunners ahead at St Mary’s but they faded and eventually had to settle for a 1-1 draw following Stuart Armstrong’s second-half equaliser.

The draw was the north London club’s first in 32 fixtures in all competitions, dating back to January, leaving them just two points above champions Manchester City and with plenty of regrets.

Gabriel Jesus wasted two golden chances to stretch Arsenal’s lead before the leveller, while he was also denied a first-half penalty after appearing to be hauled down by Duje Caleta-Car.

Arteta refused to make excuses for the frustrating result as he blamed his side’s wasteful finishing and sloppy second-half play.

“Complaints? No, no complaints,” said the Spaniard.

“This is football and I think we were really, really good in the first half and controlled totally the game and created big chances that we didn’t put away.

“In the Premier League, unfortunately, when you don’t do that when you are on top of the game you can pay the price.

“In the second half we had some difficulties. We put ourselves in problems with the amount of giveaways that we had, especially in possession, that didn’t allow us to control the game the way we wanted.

“We stopped doing all the simple things right. The distances sometimes in ball possession were too far, we gave so many balls away in very dangerous areas and without much pressure and that didn’t allow us any continuity that we had in the first half.

“We ended the game on top of them and we tried to go for a second goal but we didn’t find a way to do it.”

Arsenal, who won nine and lost one of their previous 10 top-flight games, had a handful of penalty shouts, with Caleta-Car’s challenge on Jesus arguably the strongest.

Asked about that incident, Arteta replied: “I don’t know. I don’t want to comment on that. I want to see the images before I do that.”

Southampton boss Ralph Hasenhuttl hailed the match-defining impact of Mohamed Elyounoussi and felt his side’s improvement had Arsenal a “little bit on the ropes” in the closing stages.

“In the half-time we showed them how we should do it better and didn’t change the group, I wanted to give them another chance to make it better, to stay brave.

“In the second half you could feel that we were getting better and the goal was fantastic after, for me, the decisive scene with Mo making the big save against Gabriel Jesus.

“For me, he was our player of the match. I don’t know how many positions he has played since I’m here but you can trust him everywhere and when he does what he did today with his discipline, with his effort, this is amazing for me to watch.

“It was a fantastic pass and a fantastic finish. In the end, you had the feeling that we had them a little bit on the ropes.”