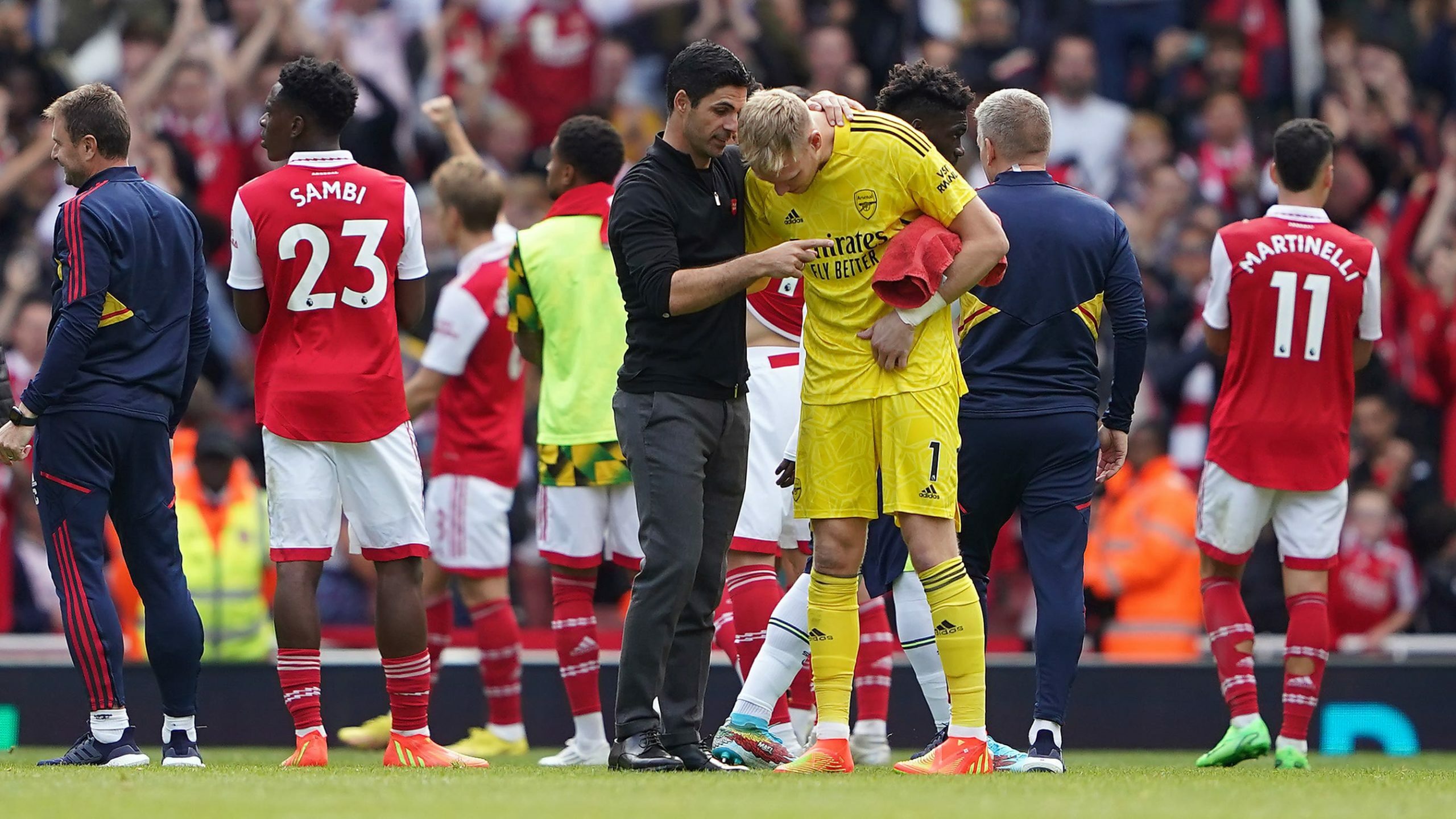 Aaron Ramsdale, William Saliba, Martin Odegaard, Bukayo Saka and Gabriel Jesus were named on the bench for Thursday’s 3-0 win over Bodo/Glimt, but will be back in the starting line-up for this weekend.

The Gunners do remain without midfielders Mohamed Elneny (hamstring) and Emile Smith Rowe (groin) for the clash with last season’s runners-up.

Liverpool’s Curtis Jones has returned to training after a shin injury which has kept him out all season.

Fellow midfielder Arthur Melo is likely to miss out again with a muscle injury which saw him omitted from the midweek Champions League win over Rangers.

Left-back Andy Robertson is still recovering from an ankle injury.