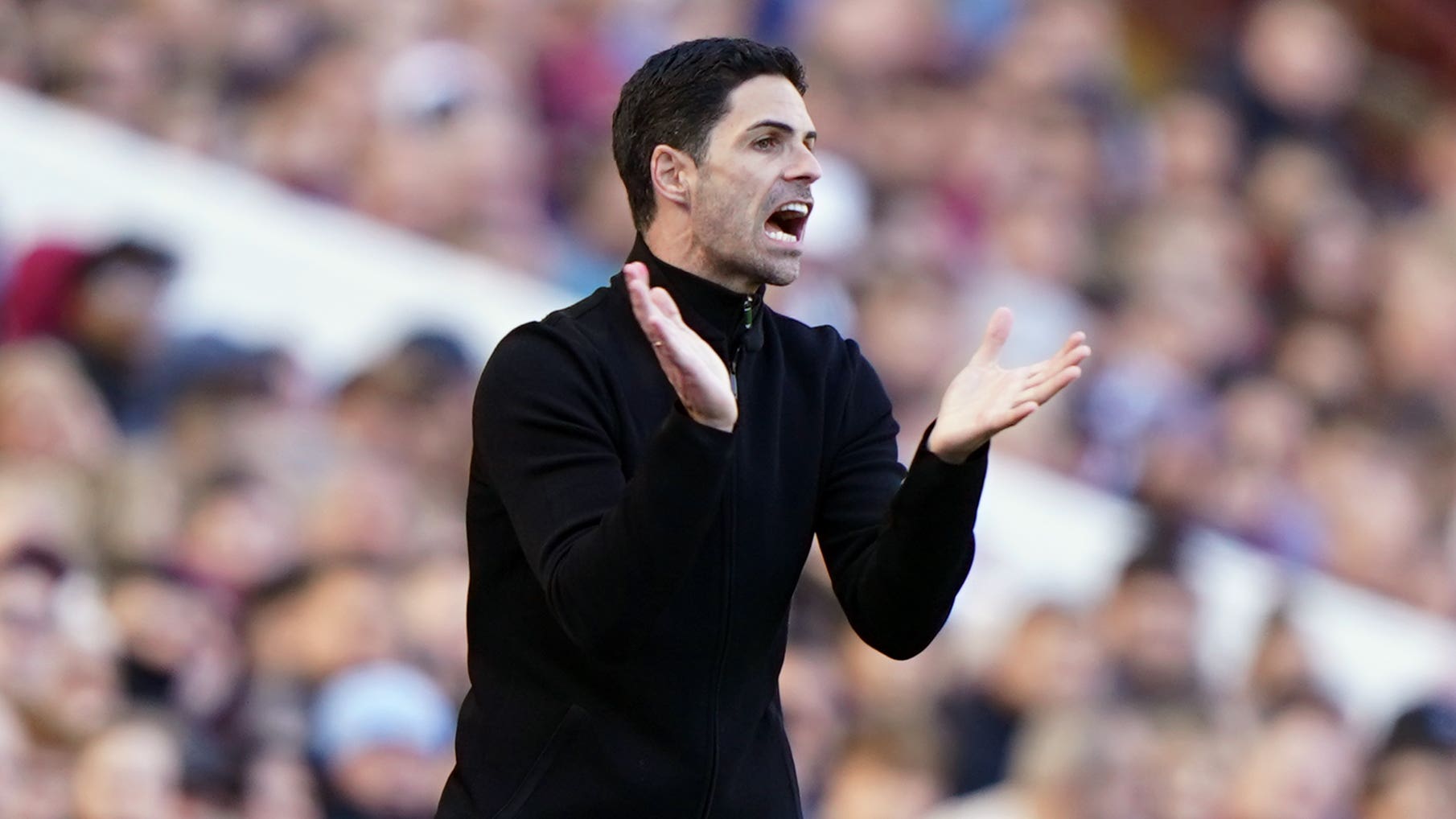 Mikel Arteta has told his Arsenal players that “tomorrow is the day” to achieve their target of a return to the Champions League by winning at the home of rivals Tottenham.

The Gunners head to the Tottenham Hotspur Stadium four points clear of their neighbours with three games to play, knowing victory would secure a top-four Premier League finish.

Arsenal have yet to win at Spurs’ new home, but this is the first time they visit with travelling fans.

Arteta said after Sunday’s win over Leeds that his players have “earned the right” to go to Spurs in the knowledge that victory will end a five-year wait for a return to the Champions League.

Even though Arsenal can still achieve that goal if they lose the second north London derby of the season, Arteta wants to strike while the iron is hot.

“For me it’s not about the pressure,” he said.

“It’s about having that inner belief that tomorrow is the day and tomorrow we want to achieve what we have earned.

“It’s more about excitement and the opportunity and when you have that in football you have to go and deliver and do it. That’s the mindset we all have for tomorrow.”

Arteta took charge at the Emirates Stadium in December 2020 and is already ranking this game among his biggest since replacing Unai Emery.

“It’s the most exciting one, probably,” he said.

“But we had others when we played finals against Chelsea and Liverpool in the FA Cup and the Community Shield, it was the same.

“When you have the opportunity to achieve one of your objectives in the season, you just cannot wait to play the game because this is a job, and the work you have done throughout the season to try to earn it.

“The message is clear, if we win against them we are in the Champions League next season.

“You don’t need any motivation or to tell them anything more than that. The opportunity is there, we are going to play and go for it like we always do. It’s how we have got into this position, and it’s how we are going to approach it. “

Former Arsenal boss Arsene Wenger claimed a top-four finish was akin to winning a trophy, something the Frenchman was derided for.

But, after 19 successive years of Champions League football, Arsenal have not been back since and now Arteta feels Wenger – who was his manager at the end of his career – was always right.

“I have heard that quote now many times from many different managers and I think Arsene was the first one who said it,” added Arteta.

“Because he could probably see what was happening in this league and the difficulty of achieving that.

“It was the way he described it and it was the way that he felt, and I feel that for the club it would be extremely important.”