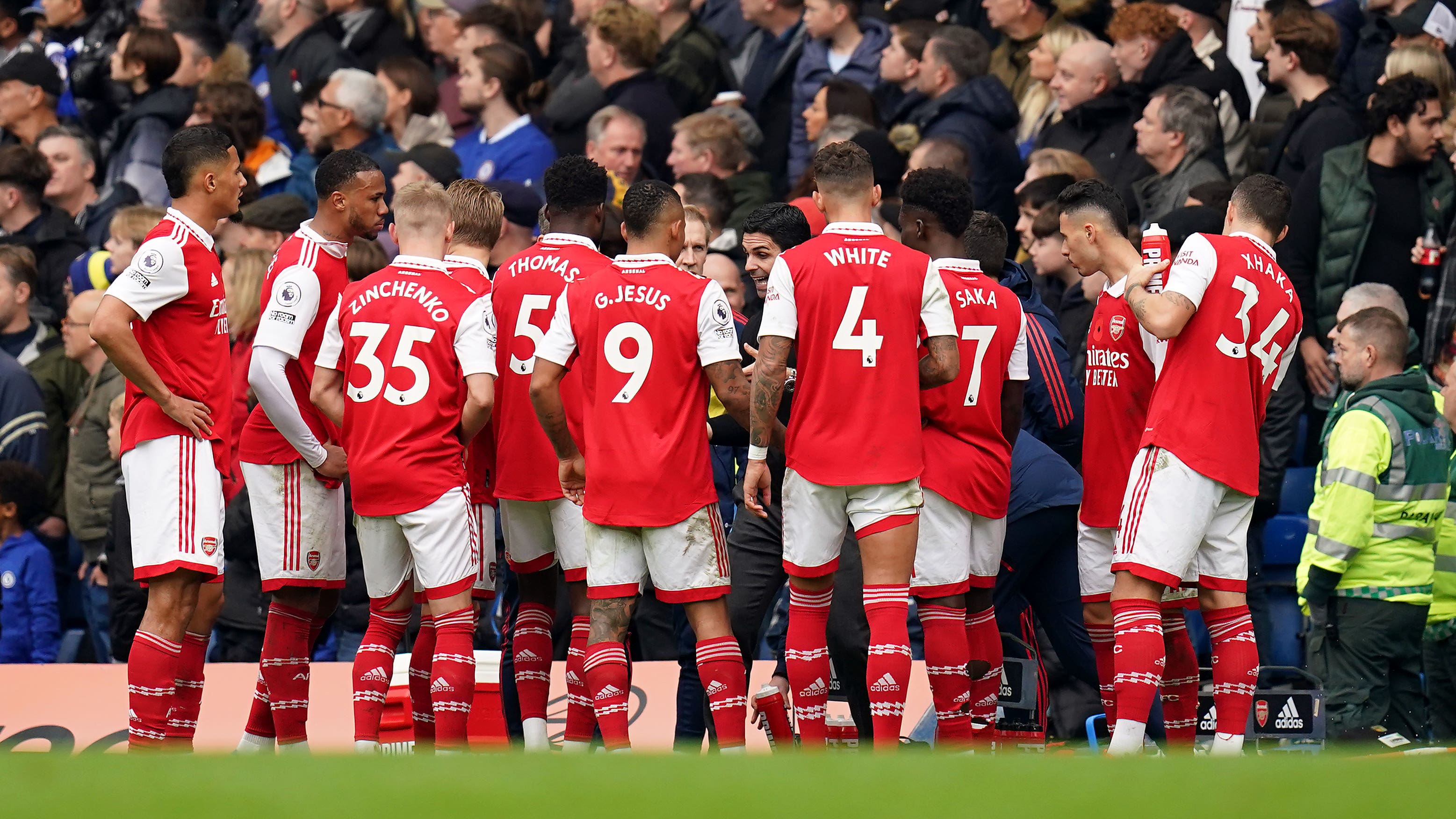 Arsenal manager Mikel Arteta has called on his side to pick up where they left off in November and cap a special Boxing Day with victory over West Ham.

The Gunners were the best team in the Premier League during the first half of the season and hold a five-point advantage over Manchester City.

West Ham, who are 16th, visit the Emirates on Monday night with Arsenal eager to quickly regain momentum after a six-week break due to the World Cup.

Arteta said: “We need to do that on the pitch (build momentum). We have talked a lot about it.

“We know the importance of starting strong and we play at home.

Quizzed on what impressed him most during the opening 14 matches of the campaign, Arteta pointed to the consistency shown by his young side.

“Probably the level that we showed and the consistency we showed within that level, which with the group and the age we have is not easy,” Arteta explained.

“The focus is to play better every single day, to keep growing individually, collectively and to keep deserving to win matches. That is all we can hope because football is a very tricky game.”

While Arsenal do not resume their Europa League campaign until March, the FA Cup will begin in January and Arteta knows rotation will be key, especially after a number of his squad were involved at the World Cup in Qatar.

The Gunners are set to play six matches over the next 28 days and have a similar busy schedule in February.

Arteta, who has lost striker Gabriel Jesus to injury, added: “We have done a lot of work on that. The second half of season there is going to be very different periods.

“It will be very important how healthy the team is, how fit it is and how much rotation can help us to sustain the level we want.”