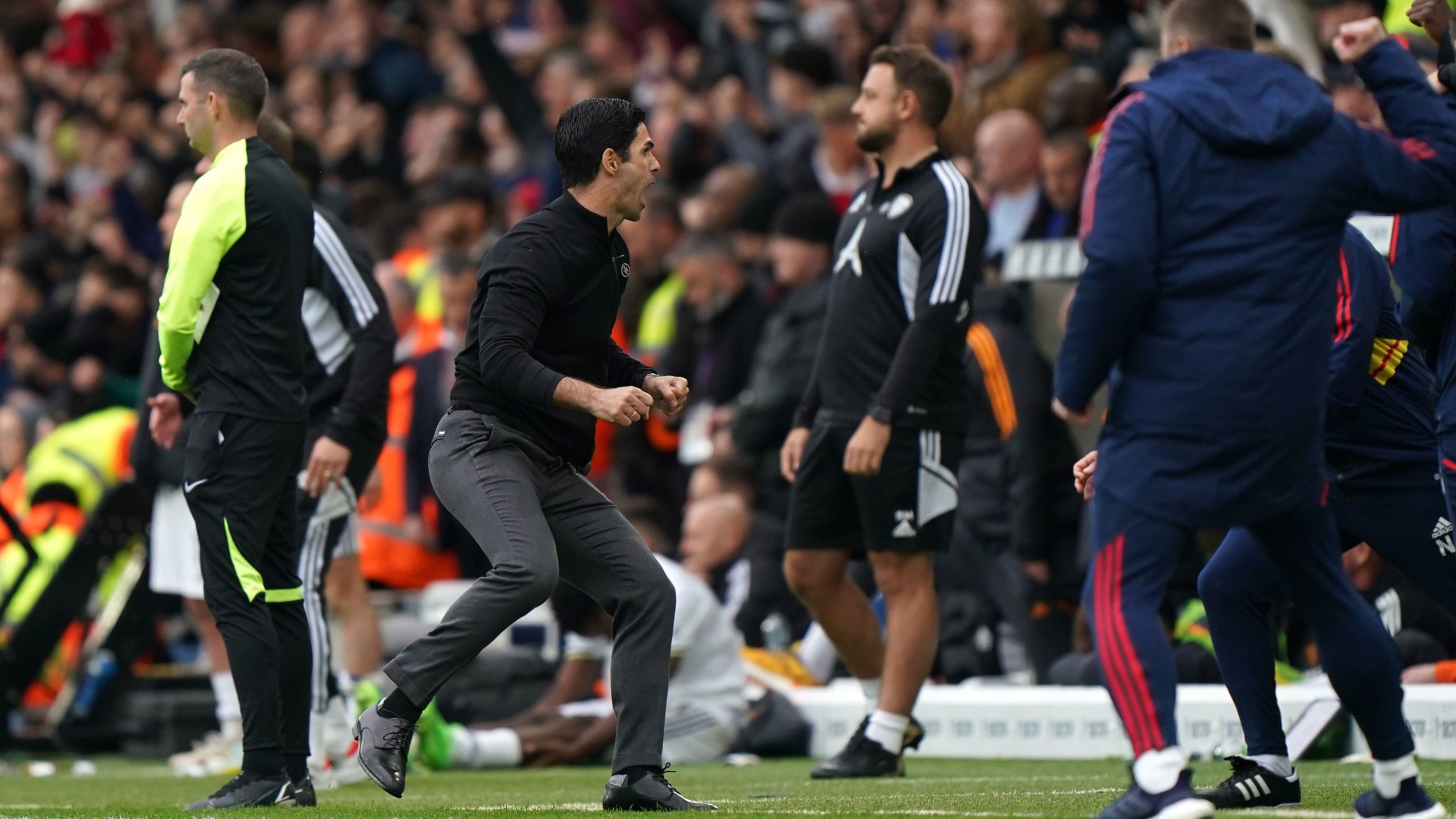 Arsenal’s best ever start to a Premier League season has them dreaming of a first title since 2004.

Mikel Arteta’s side have won nine of their first 10 games, with defeat to Manchester United the only exception, and Sunday’s win over Leeds left them four points clear at the top after Manchester City were then beaten by Liverpool.

Here, the PA news agency looks at how the Gunners’ start compares to the best in the Premier League era.

Fast out of the blocks

Only five times before has a Premier League team won nine of the first 10 games, with all but one of those going on to win the title.

The most recent example is Liverpool in the 2019-20 season, who continued their form from the end of the previous season – when they won their last nine games to push Manchester City all the way in the title race – into the start of the new campaign.

Jurgen Klopp’s men won another eight in succession to open the season before drawing with Manchester United, moving to 28 points from 10 games with a win over Tottenham. They did not drop another point until February 29, when Watford ended a Premier League record-equalling 18-match winning run, and went on to win the title by an 18-point margin.

City took 28 points from the first 10 games in both their 2011-12 and 2017-18 title-winning seasons, the latter on their way to another 18-match winning run. Having beaten Brighton and then drawn with Everton in their first two games, Pep Guardiola’s side did not drop another point until New Year’s Eve.

Chelsea won their first nine games of the 2005-06 season before a draw with Everton to set the record of 28 points through 10 games since matched by City and Liverpool.

Newcastle were the only team previously with 27, and that 1995-96 campaign stands as the one cautionary note for Arteta.

The Magpies were denied a perfect start by defeat to Southampton in their third game, giving them the same points total at this stage as Arsenal this season, and went on to miss out on the title to Manchester United as manager Kevin Keegan famously exclaimed: “I will love it if we beat them.”

Arsenal’s last league title came in 2003-04 and while Arsene Wenger’s ‘Invincibles’ were, by definition, unbeaten at this stage, Arteta’s side are ahead of them in the points total.

Draws with Portsmouth, Manchester United and Charlton had Wenger’s side on 24 points after 10 games and indeed, it was not even their best start under the long-serving Frenchman.

They took 26 points from their first 10 games in 2007-08, winning eight while drawing with Blackburn and Liverpool. They remained unbeaten through 15 games before losing to Middlesbrough but could only finish third behind United and Chelsea.

The current run ranks among the greatest 10-game stretches in Arsenal’s Premier League history, though they have exceeded it in the past.

They had a run of 10 wins in a row ending in May 1998, to wrap up the title with a game to spare, and went even better in their next title-winning campaign of 2001-02. They finished that season with 13 successive wins, extending it to 14 in the first game of the next.